In a move that began in late Asia trade, the US Dollar rallied against its major peers on Thursday which resulted in DXY rising about 0.74%. This was its best performance in a single session since June 14th. Italian political jitters set off this trading dynamic as initial reports crossed the wires that the two anti-establishment parties might come together in seeking a budget plan that would be at odds with Eurozone rules.

The Euro traded lower as Italian government bond yields soared, reflecting an extra premium needed amidst political uncertainty. Then, towards the end of the session, Italy’s government agreed on a 2019 deficit target around 2.4% of GDP which is above the limits of what Economy Minister Giovanni Tria wishes. The Euro did not recover. Should the European Commission adhere to these proposals, the Euro could be left at risk in the long run if other Mediterranean states end up complaining.

Despite these concerns, global benchmark stock indexes largely brushed off these developments as equities soared in Europe and in the US. The Euro Stoxx 50 and S&P 500 rose 0.48% and 0.28% respectively. Anti-risk currencies such as the Japanese Yen and Swiss Franc traded lower. Meanwhile pro-risk ones such as the Australian and New Zealand Dollars fell short. This may have been due to them being inferior from a yield perspective when comparing them to USD, which just received a rate boost from the Fed yesterday.

Given the rather rosy performance in stocks, we may see this optimism echo into Friday’s Asia Pacific trading session. This could perhaps nudge the Nikkei 225 or ASX 200 higher, offering more weakness to the Japanese Yen. Meanwhile the US Dollar could continue taking advantage of its unmatched yield in the majors FX spectrum should the ‘risk on’ environment transpire.

EUR/USD prices have broken under a near-term rising support line from earlier this month after failing to push above July 9th high around 1.17908. This might have started a reversal and the Euro may weaken against the US Dollar and fall to the September 10th low at 1.15264 next. This area has also acted as a critical area of horizontal support since May. 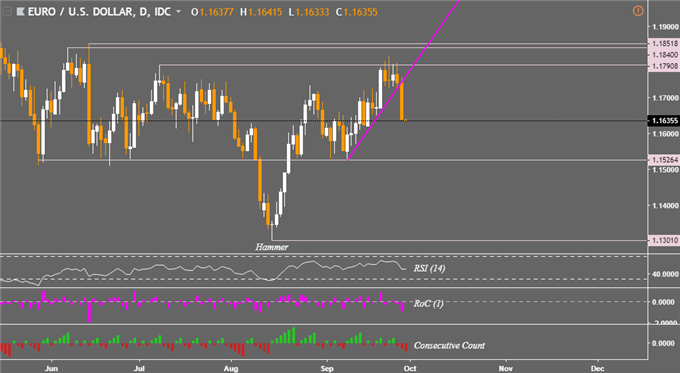 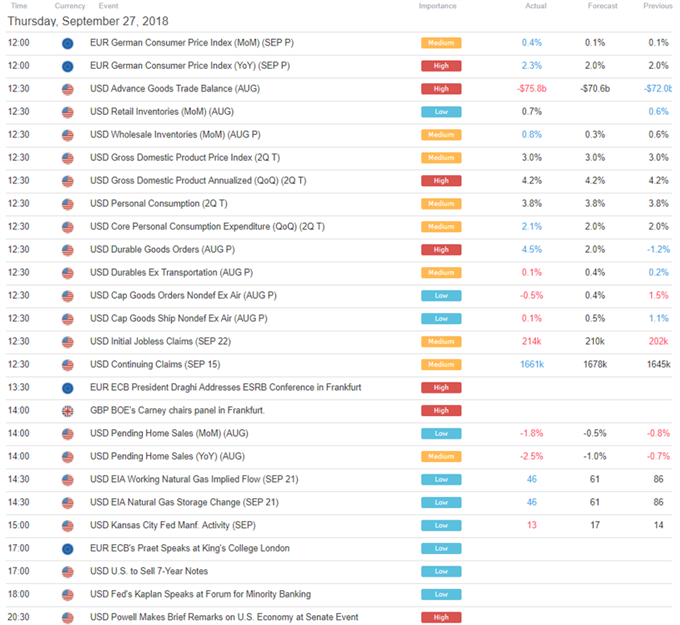 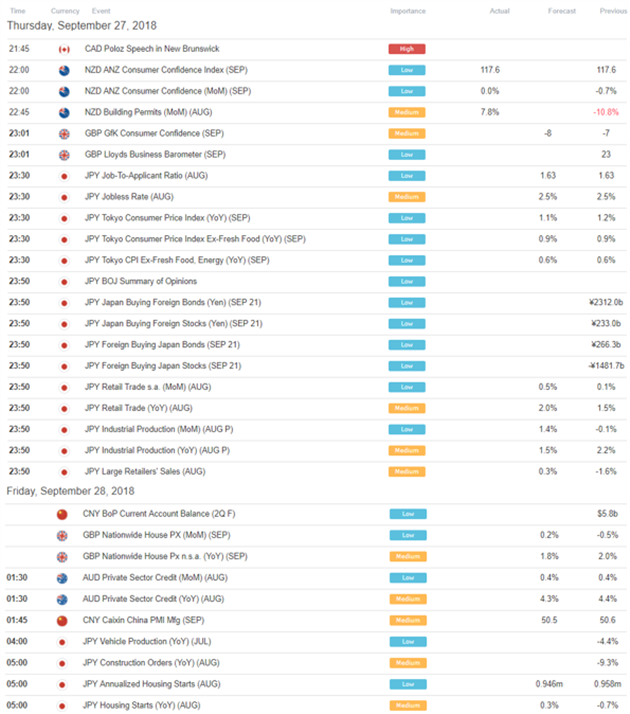