In this edition of Central Bank Watch, we’ll cover the two major central banks in Europe: the Bank of England and the European Central Bank. The BOE’s August meeting, which produced its Quarterly Inflation Review, is in the rearview mirror. And while some semblance of stimulus reduction has already begun, the BOE doesn’t seem to think inflation pressures are anything more than transitory. Meanwhile, the ECB doesn’t meet again until September, though there has been plenty of signaling that extraordinary policy measures will be sticking around.

A few weeks ago, we stated that the departure of Andy Haldane as the BOE’s Chief Economist mean that “the BOE’s Monetary Policy Committee is losing their most hawkish voice in recent months, as every other policymaker pined to keep rates low and stimulus flowing.” 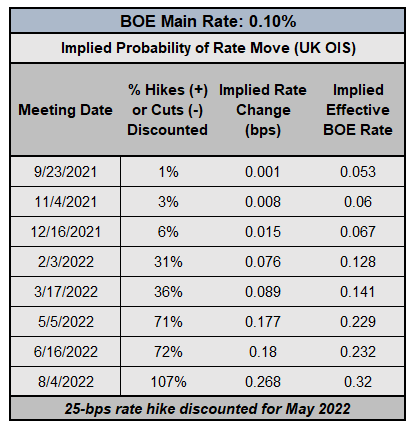 Receding UK inflation pressures have tempered enthusiasm for the British Pound, which has seen rate hike odds pullback in recent days. Whereas after the August BOE meeting rates markets were pricing in March 2020 as the likeliest period for the first 25-bps rate hike, UK overnight index swaps are now suggesting that May 2022 – a meeting that will produce a new QIR – has the greatest odds of seeing the main rate liftoff. 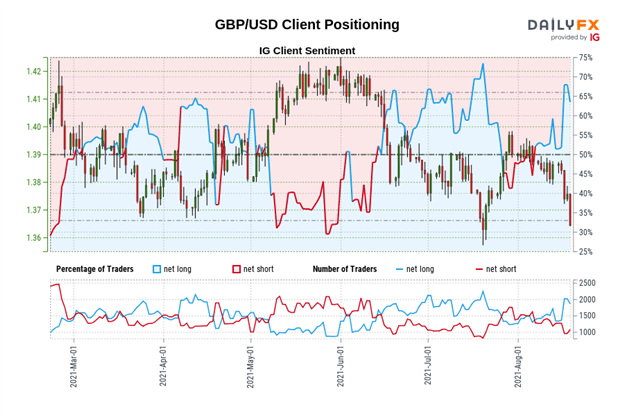 Last month, the ECB announced the results of its 18-month policy review, with the central bank shifting its inflation mandate from seeking “below but close to +2%” to “+2%.” Today, ECB Chief Economist Philip Lane added color to the conversation in a blog post. “The revision to rate forward guidance constitutes just the first step in implementing our new strategy.”

What this means is that the ECB is likely to make further tweaks to how it goes about implementing stimulus measures. If anything, Mr. Lane’s hint at additional steps suggests that the ECB will be permanently using asset purchases as part of its toolkit once lowering its main rates are no longer deemed effective. ‘Lower for longer’ remains the mantra for the ECB. 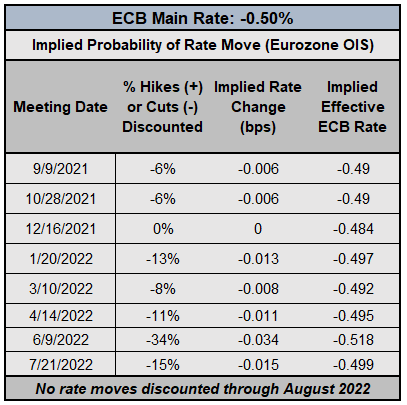 According to Eurozone overnight index swaps, the ECB will be keeping interest rates low for the foreseeable time horizon. Through July 2022, there is a 15% chance of a 10-bps rate cut (though odds peak at 34% for the June 2022 meeting). It remains the case that the ECB is solidly among the most dovish central banks among developed economies, doing no favors for the Euro. 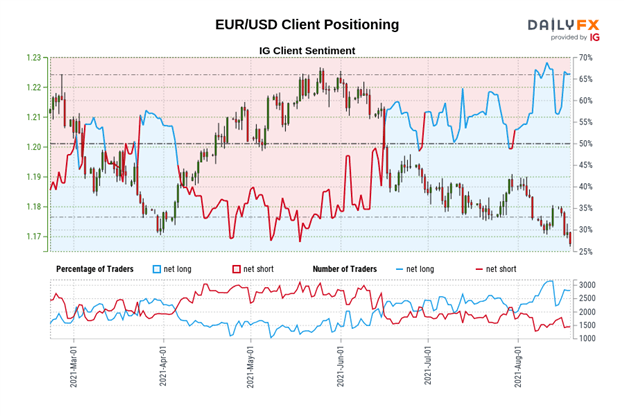 Yet traders are less net-long than yesterday and compared with last week. Recent changes in sentiment warn that the current EUR/USD price trend may soon reverse higher despite the fact traders remain net-long.