In this edition of Central Bank Watch, we’re examining the rates markets around the Bank of Canada, Reserve Bank of Australia, and Reserve Bank of New Zealand. The former two have convened in 2021, and both the BOC and RBA have more or less turned down the temperature on expectations for negative interest rates. The RBNZ will finally meet for the first time this year next week, but similarly, are likely to paint a positive picture of the economy.

All three central banks are contending with the fact that rising global growth expectations and an aggressively dovish Federal Reserve have seen the US Dollar lose ground to the trio of commodity currencies. It wouldn’t be a surprise to hear more complaints from the BOC, RBA, and RBNZ about how frustrating it is that their local currencies are continuing to appreciate.

Bank of Canada Complains About Fed

The BOC doesn’t meet again for almost a month, but when policymakers held rates at the January meeting, it wasn’t just a hold. Indeed, BOC Governor Tiff Macklem used direct language when discussing the Canadian Dollar’s months-long appreciation: “in this situation where we’ve seen this broad-based US dollar deprecation that doesn’t reflect some positive development in Canada that the exchange rate is absorbing…the exchange rate is starting to create a material headwind for the Canadian economy.” This point was underscored with the comment that the strong Loonie “is weighing on our exports and it’s also making it harder for our domestic producers to compete against firms in other countries.”

But as we’ve said before, unfortunately for the BOC, there’s not much that can be done to prevent the Canadian Dollar appreciation vis-à-vis USD/CAD, at least, as Governor Macklem concedes, when “in a situation where our Canada-U.S. exchange rate is moving largely because of made-in-U.S. developments as opposed to made-in-Canada developments.” 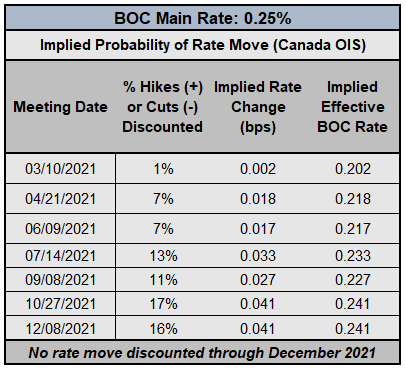 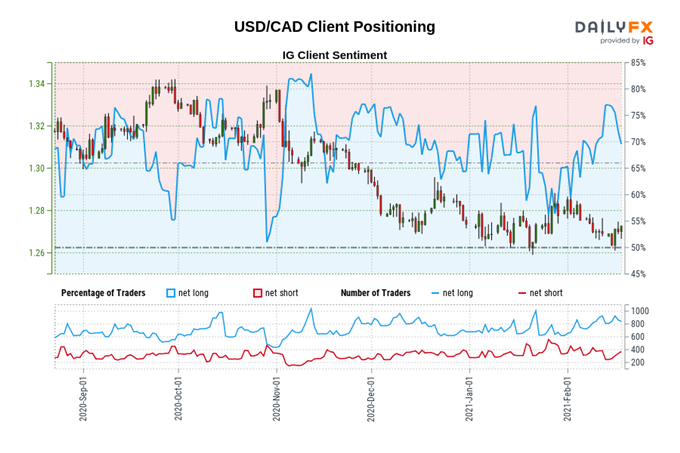 The RBA had a quiet first meeting of 2021 and does not meet again for another two weeks. The RBA is in a period of observation, considering the shift in focus after the November 2020 RBA meeting. RBA policymakers are now having a greater focus on actual labor market outcomes (e.g. the unemployment rate) rather than expected inflation. 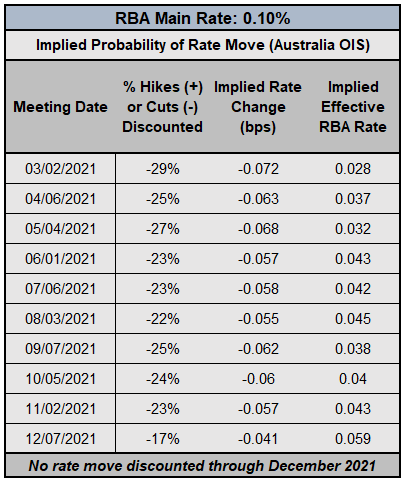 And yet, markets aren’t expecting the RBA to do much of anything. This is largely due to the fact that the RBA has instituted a pledge to keep its overnight cash rate at 0.1% of lower through at least March 2023. To a certain extent, the RBA has conceded that they’re keeping interest rates low because the other major central banks are keeping rates low. According to Australia overnight index swaps, there continues to be a 17% to 25% chance of a rate cut through December 2021, which appears to be nothing more than a pricing quirk due to the RBA’s extraordinary efforts to institute yield curve control. 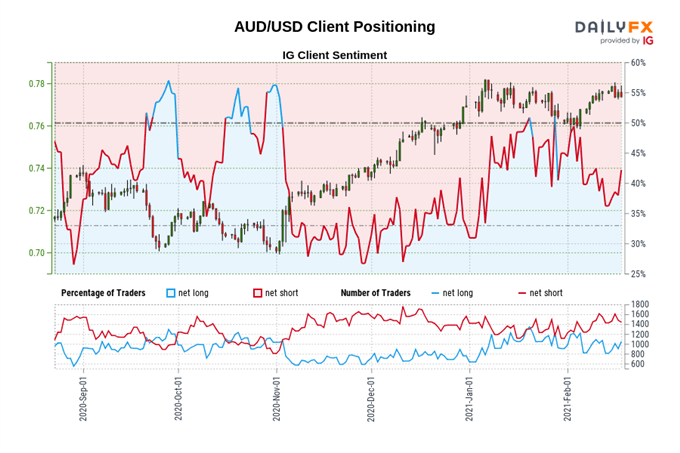 The RBNZ will meet for the first time this year over the coming week. The end of year observation regarding the RBNZ’s push to negative interest rates remains valid: don’t expect negative interest rates soon. “RBNZ Governor Adrian Orr has had to rebuff a government request to include housing prices in the formal policy setting process, which while seemingly benign, suggests that the economy is experiencing a price bubble and thus would not be receptive to even lower (e.g. negative) interest rates.” 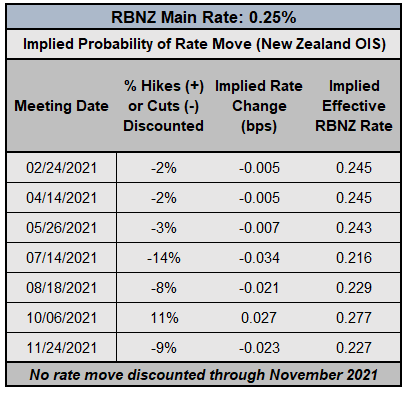 Accordingly, New Zealand overnight index swaps (OIS) are discounting a 3% chance of a rate cut by mid-year, and a 9% chance overall that interest rates could dip to 0% by the last policy meeting of the year. The most likely scenario is that that the main rate will remain at its current level into at least February 2022, and the RBNZ should affirm as much when it meets next last this month on February 24. 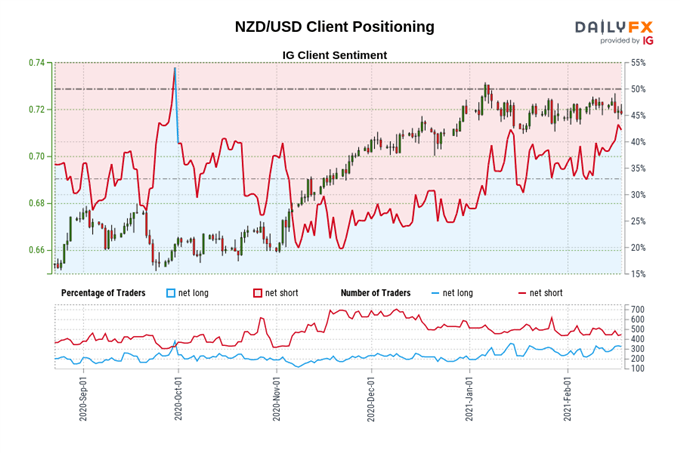