Eurozone economic data has been on a downward trajectory, and now that COVID-19 cases are surging once more, there’s a non-zero chance that the European Central Bank acts sooner than what interest rate markets are currently implying. While the late-summer jump in European Central Bank interest rate expectations has held, insofar as an interest rate cut deeper into negative territory will arrive sooner in the first half of 2021, it’s difficult to ignore the pandemic’s rolling impact. 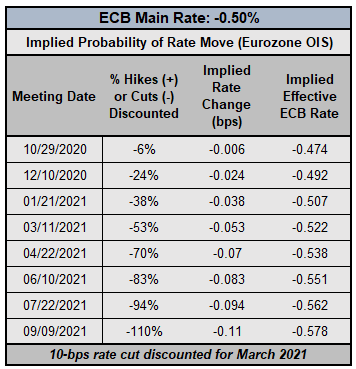 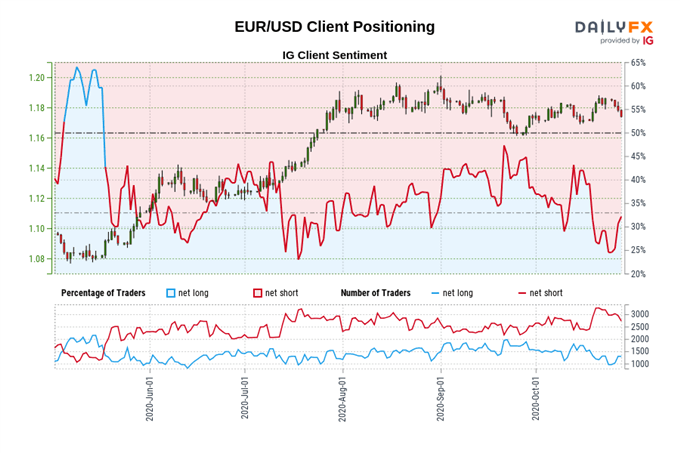 It still holds that little has changed with respect to the Federal Reserve, having enacted emergency interest rate cut measures and a slew of balance sheet-expanding operations. To this end, interest rate markets are still stuck in a state of suspended animation. Should the Fed change course, it will likely shift to via more QE, a repo facility, Municipal Liquidity Facility, etc. 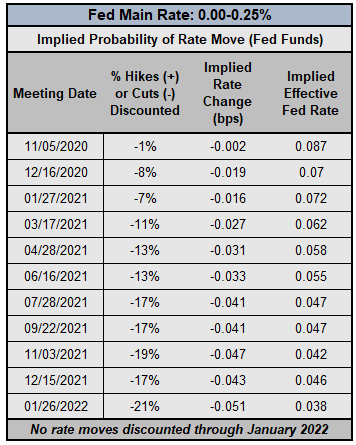 Seeing as how there’s been no indication thus far that the Fed will cut interest rates into negative territory,we’ve reached the lower bound for the time being. In the future, if yield curve control is implemented, we would expect a similar outcome to what is being experienced by the Reserve Bank of Australia main rate expectations curve, especially now that the Fed has extended its promise to keep rates low through 2023. 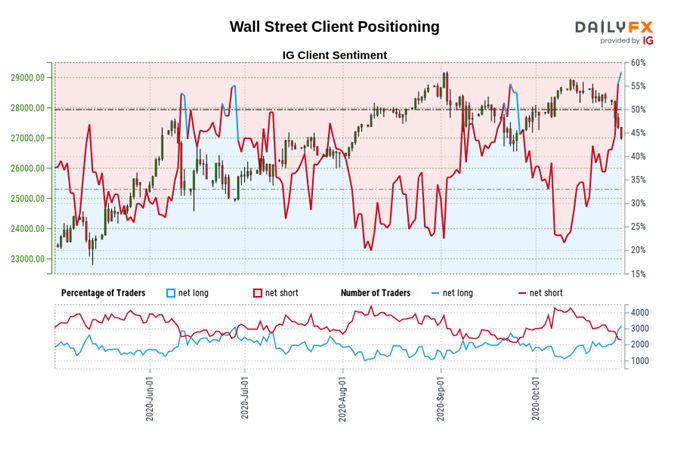 We typically take a contrarian view to crowd sentiment, and the fact traders are net-long suggests Wall Street prices may continue to fall.

Traders are further net-long than yesterday and last week, and the combination of current sentiment and recent changes gives us a stronger Wall Street-bearish contrarian trading bias.

Bank of England Rate Cut Odds Hone in on August 2021

The self-imposed Brexit deadline of October 15 on behalf of UK Prime Minister Boris Johnson has come and gone, but there is hope for a deal to come together by mid-November. It still holds that “asymmetric risk exists on the near-term horizon: volatility likely arrives in the unlikely situation that no deal is achieved; in turn, BOE rate cut odds are likely to either stay where they are or pull forward in the coming weeks, particularly as BOE policymakers discuss the prospect of negative interest rates more frequently and publicly.” 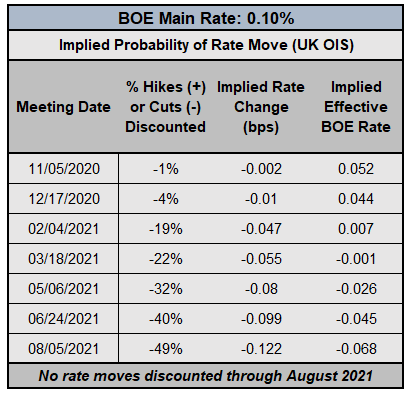 It still holds that speculation surrounding negative interest rates remains premature at best, insofar as rates markets don’t foresee that kind of possibility from becoming reality until at least August 2021. An EU-UK trade agreement would further reduce the likelihood of a shift into negative interest rate territory by the BOE; the current course would likely stick for a few years, akin to the Federal Reserve. 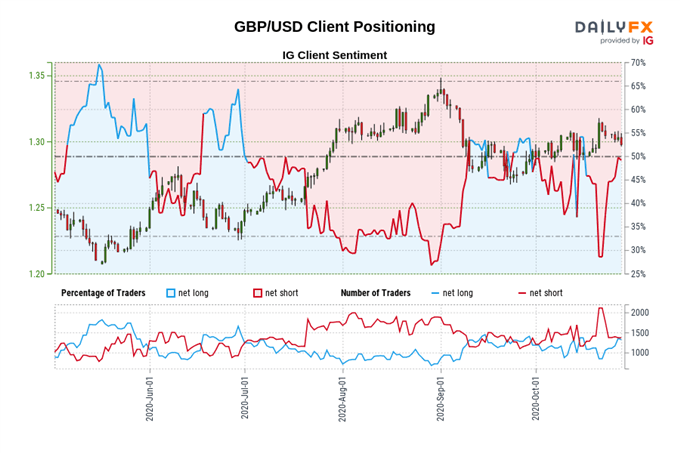 Positioning is less net-long than yesterday but more net-long from last week. The combination of current sentiment and recent changes gives us a further mixed GBP/USD trading bias.