The coronavirus pandemic continues to rage, posing a unique threat to the global economy unforeseen since The Great Depression. G10 currencies’ central banks are acting in a more significant manner, announcing record low interest rates and asset purchase programs that were deemed ‘too extreme’ during the last crises, The Great Recession and Eurozone debt crisis.

It’s not just the major central banks like the Federal Reserve and European Central Bank either. Every single central bank associated with the eight major currencies covered by DailyFX are holding their main interest rates to all-time lows.

Although the commodity currencies no longer hold the relative yield advantage that defined ‘the carry trade,’ it still holds that these currencies – the Australian, Canadian, and New Zealand Dollars – retain significant economic exposure to agriculture and base metals, making them prime vehicles for speculation around a rebound in global growth.

The Bank of Canada’s efforts along the interest rate front may not be complete after all. Despite immediately cutting the main interest rate to an all-time low of 0.25%, the BOC has been offering some signals to the market that it may not be done yet. At the April BOC policy meeting, rates were kept on hold while new financial market stability mechanisms were announced in order to help keep credit flowing to businesses and households. Since then, interest rate expectations have slowly been dragged forward. 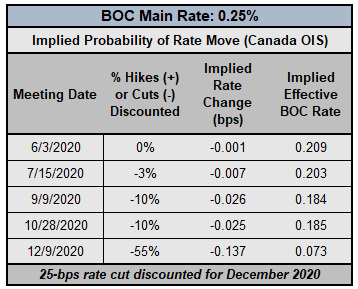 According to Canada overnight index swaps, rates markets think that the BOC is going to move on rates again by the end of the year, even if more is being done to gear-up extraordinary policy efforts. One month ago, through the end of the year, there was only a 5% chance of a rate cut materializing; now, overnight index swaps are pricing in a 55% chance of a 25-bps interest rate cut in December 2020. 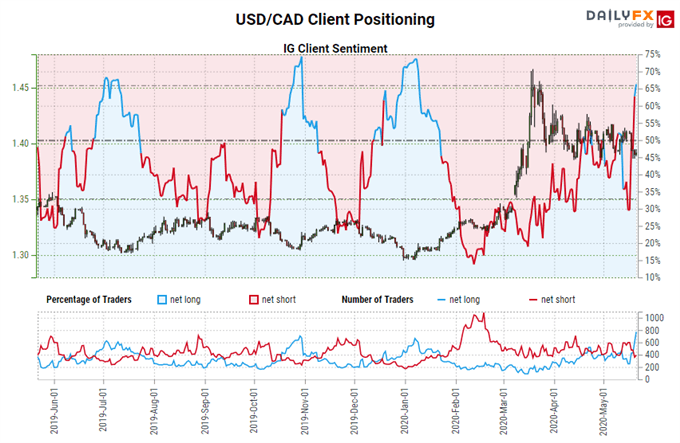 The Reserve Bank of Australia has already sliced its main overnight interest to an all-time low of 0.25% after five rate cuts over the past year, but markets feel that the RBA may not be done yet. After all, the RBA surprised some by announcing its own quantitative easing (QE) program, a step that was not taken during The Great Recession. This pursuit will achieve the goal of keeping the three-year bond yield at 0.25% for the next three years. It may take more to achieve this goal, however. 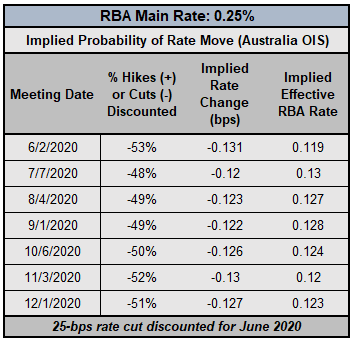 According to Australia overnight index swaps, there is a 53% chance of a 25-bps rate cut at the June RBA meeting. But given the commentary from RBA Governor Lowe suggests that the central bank is not prepared to move rates into negative territory, making any further rate cuts unlikely; the pricing may be a quirk due to the shape of the Australian bond yield curve. 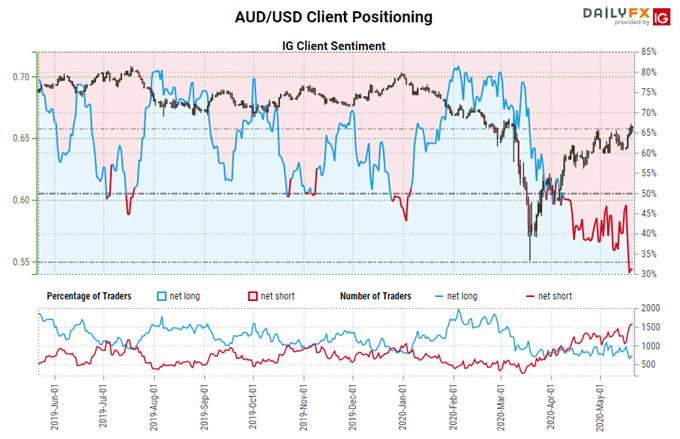 Reserve Bank of New Zealand Not Done Yet

The Reserve Bank of New Zealand convened an emergency meeting on March 16 to slash rates by 75-bps, cutting the main overnight cash rate to an all-time low of 0.25%. The coronavirus pandemic has not hit the New Zealand economy has hard as other developed economies, but that hasn’t stopped the RBNZ from going to its most extreme easing stance in its history in order to buffer the economy from contagion. 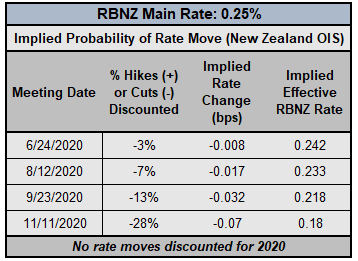 For now, markets are interpreting the commentary from the RBNZ that, while lower interest rates may be coming, they may not arrive in 2020. Through the last meeting of the year, the November RBNZ meeting, there is a 28% chance of a 25-bps rate cut – down from 37% one-month ago.

But against the backdrop where more dovish policy action has been hinted at by RBNZ Governor Orr, including extraordinary policy measures such as QE, then it would be shortsighted to dismiss the possibility of a rate cut arriving before the year is out. 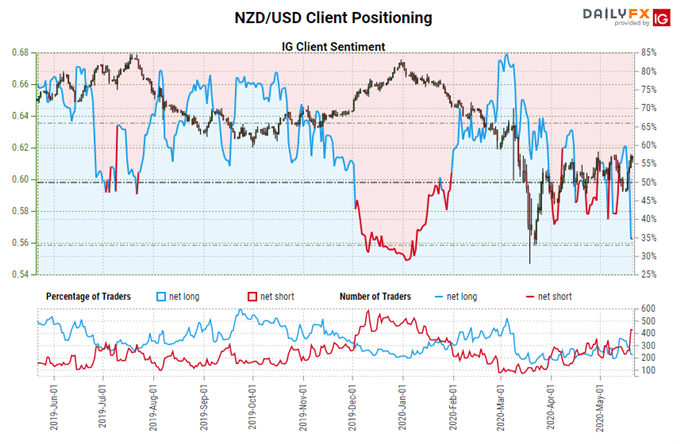