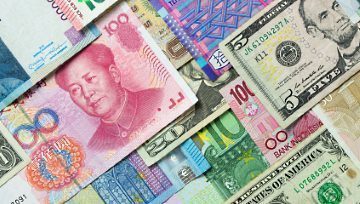 It’s often the case that traders’ attention turns to EM FX ex-post facto. That is, it’s fairly typical for the average trader to only be made aware of the fact that an emerging market currency has made a big move only after the move has occurred. This leads to the undesirable behavior of “chasing trades,” or for lack of a better term, “FOMO” – the “fear of missing out” on a trade provokes a trader into taking positions that don’t necessarily fit with their strategies.

How are Developed and Emerging Markets Different?

Before we look at the six key factors that traders should monitor before a crisis hits emerging markets, it’s important to recognize key structural differences between EM FX and DM FX economies.

Emerging market economies typically don’t have established capital markets. As a result, investors and governments will need to look abroad to fully finance their projects. Country’s that run large External Debt-to-GDP ratios are vulnerable when market conditions become turbulent; investors like to keep their capital closer to home. An emerging market economy with a large External Debt-to-GDP ratio is vulnerable to foreign creditors imposing politically unsaleable conditions that lead to wider spread instability.

Bond spreads are used as way to gauge the level of risk in one debt security relative to another. Typically, investors measure the difference between the US Treasury 10-year yield and other bonds to determine their Bond Risk Premia, or the excess yield required in order to justify the additional risk in investing in something other than the ‘risk free asset.’ While EM FX will see their currencies

Many emerging market economies do not have full control over both their fiscal and monetary policies. Some countries’ governments peg their currencies to another (exporting monetary policy), while others remove the barriers between politics and central banking (eliminating independence). As a result, policy responses may not be coordinated in an efficient manner. Due to the lack of proper countercyclical policy processes, evidence that Inflation rates are increasing in emerging markets is often a sign that policymakers will be unable to keep the value of their currency stable.