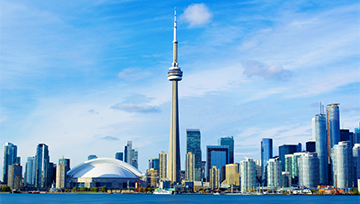 - January Bank of Canada rate hike odds have jumped sharply over the the past month, carrying the Canadian Dollar higher along the way.

Rate hike odds for the Federal Reserve's January meeting are proving immaterial, given that the Fed only hikes at meetings in which they produce a new Summary of Economic Projections (SEP) and the Fed Chair holds a press conference. The next meeting that sees these events come to pass is in March.

Despite the fact that March hike odds have been climbing steadily for the past three months, the DXY Index has decoupled since the December FOMC meeting and has traded lower through the start of 2018. 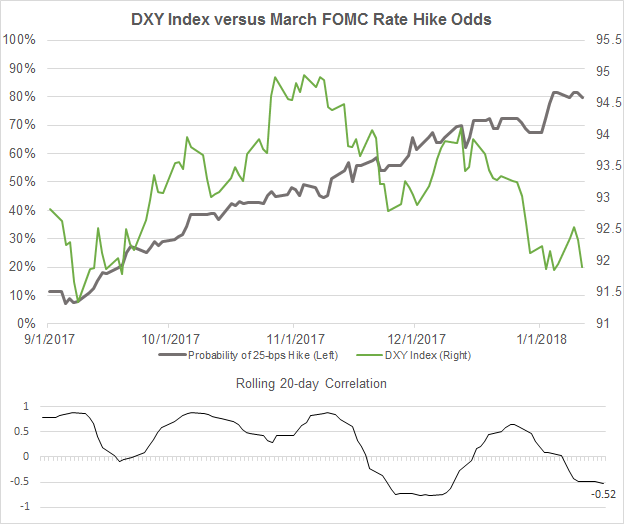 For the US Dollar, this is the market passing judgement on the Fed's projected path of three rate hikes this year. Much of this has to do with the attention being paid to the tax reform bill. The fact of the matter is that the tax reform bill will be a boon for corporate earnings - which are already strong and trending positive - but not necessarily for jobs growth.

Realistically, most of the funds repatriated or earned via higher revenue (thanks to lower taxes) will be given back to shareholders via dividends or share buybacks; raises for workers (wage growth), hiring (jobs growth), or jobs training (productivity increases) are at the bottom of the priorities list for most US corporations.

Accordingly, we should not be surprised by how various asset classes are reacting: US equities are quite strong thanks to the prospect of boosted earnings in 2018; the US yield curve (2s10s) remains near its flattest levels of the past 12-months as long-term inflation and growth expectations haven't improved; and as a result, the US Dollar has not enjoyed a bid higher.

Perception of US fiscal policy is guiding the US Dollar right now, not the usual speculation around rate hike expectations (the 20-day correlation between the DXY Index and March 2018 hike odds is -0.52).

Since breaking above 1.2900 on the day of the Fed's December policy meeting, USD/CAD has fallen by -3% (and as much as -4.3%) thanks to a sharp turnaround in Bank of Canada rate hike expectations. Pricing 35% on December 20, the January rate hike odds are now pricing in an 80% chance of a move next week. 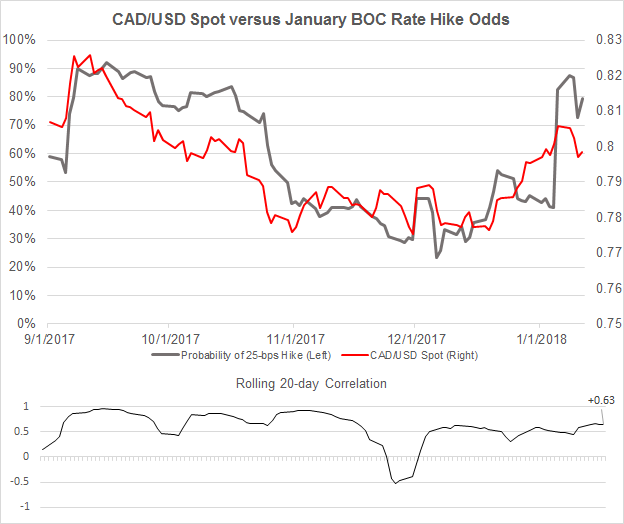 All signs point to the BOC raising rates next week. While suggesting "patience" at their December policy meeting, the two major impediments to an accelerated rate hike timeline - persistently low inflation and uncertainty over the strength of the labor market - have both been summarily addressed over the past two months of data.