- The Japanese Yen typically has suffered in March during the QE era.

For March, we continue to focus on the period of 2009 to 2014. The small sample size is not ideal, and we recognize that there is increased statistical stability with using longer time periods. However, because of the specific uniqueness of the past six years relative to any other time period in market history – the era of quantitative easing – we’ve elected to attempt to increase the stability of the estimates with the shorter time period. 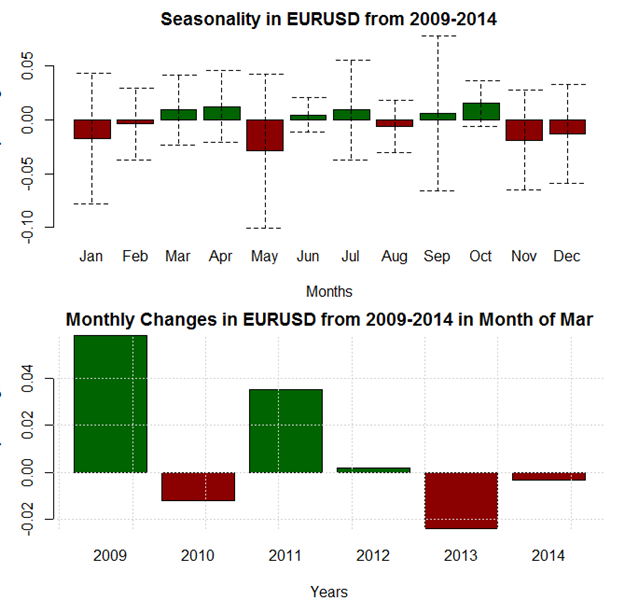 Euro seasonality is neutral for March, even though the average move over the past six years has been for a small gain. EURUSD has lost ground each of the past two years, and but for an outsized gain in 2009, the seasonal bias would be outright neutral. The big focuses for traders should be on: (1) positioning; and (2) the ECB’s QE program. Positioning remains heavily bearish Euro despite the recent pullback in shorts, with 177.7K net-short contracts in the futures market as of the last week of February. The ECB’s QE program (EAPP) is rumored to begin sometime around March 9, although its official launch date is March 15. 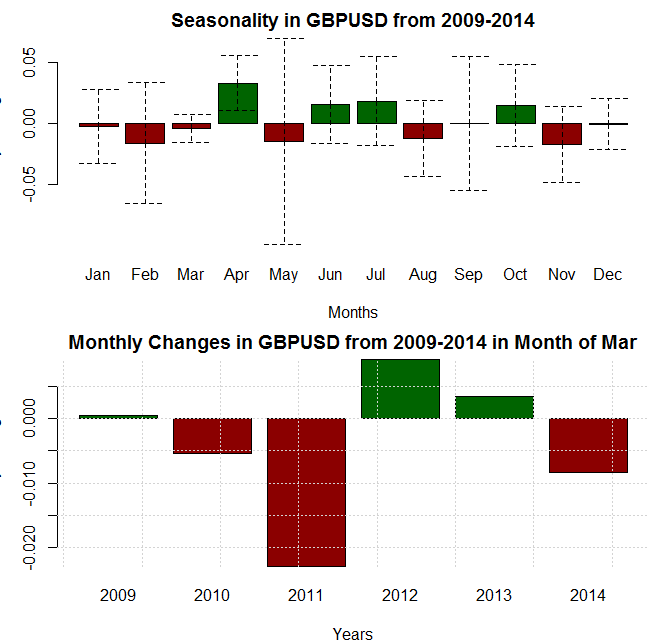 The British Pound has struggled in March during the QE era, and with elections around the corner, it may be no different in 2015. Last year produced the first loss in March since 2011, but losses have developed in three of the past five years. Considering that the US Dollar appears on the cusp of a broad-based, weak seasonal period, the fact that GBPUSD is still considered an underperformer is quite discouraging from a quantitative perspective. 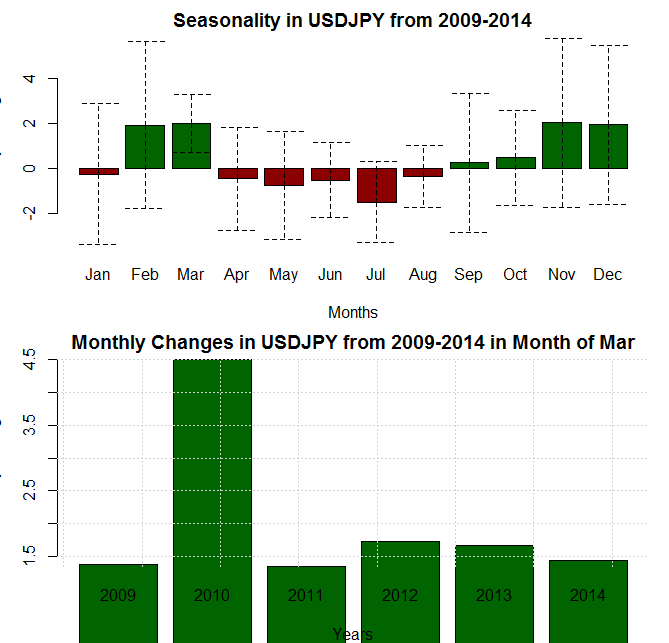 Even as broad-based US Dollar weakness appears in the cards, USDJPY, like GBPUSD, is on the outside looking in. USDJPY has gained in each of the past six-years, and even discounting the outsized gain in 2010, gains by the pair have been marked by low variance. If seasonal patterns hold, the Japanese Yen could be in for a another weak March. 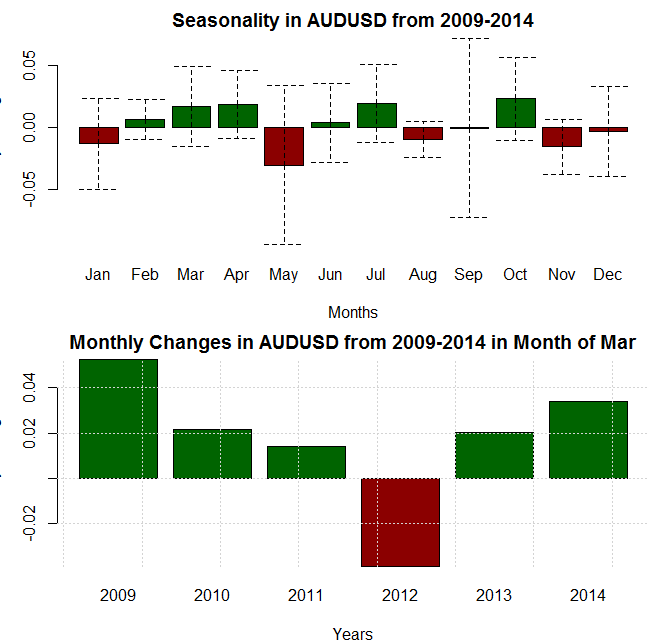 The Australian Dollar has typically found success against the US Dollar in March, having posted gains in five of the past six-years. Like its antipodean counterpart the New Zealand Dollar, the Aussie’s best month of the first quarter during the QE era has been March. For what little carry trade opportunity there may be left versus the low yielding Japanese Yen, the seasonal tendancies during the QE era are quite favorable. 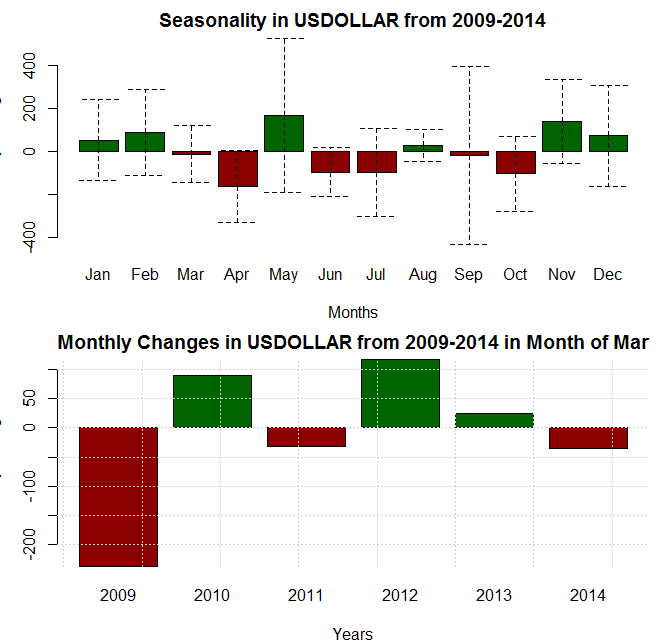 In the QE era (which is now over in the United States, in full-swing in Japan, and days away from being unleashed in the Euro-Zone), March has proven only to be a mildly bearish month for the US Dollar, mostly due to an outsized loss in 2009. March begins what is an eight-month stretch of seasonal weakness (March-October), although losses have only come twice in the past four years. Even though seasonal weakness is broad-based, it’s better to be selective (GBP and JPY aren’t as appealing as AUD, CAD, and NZD). 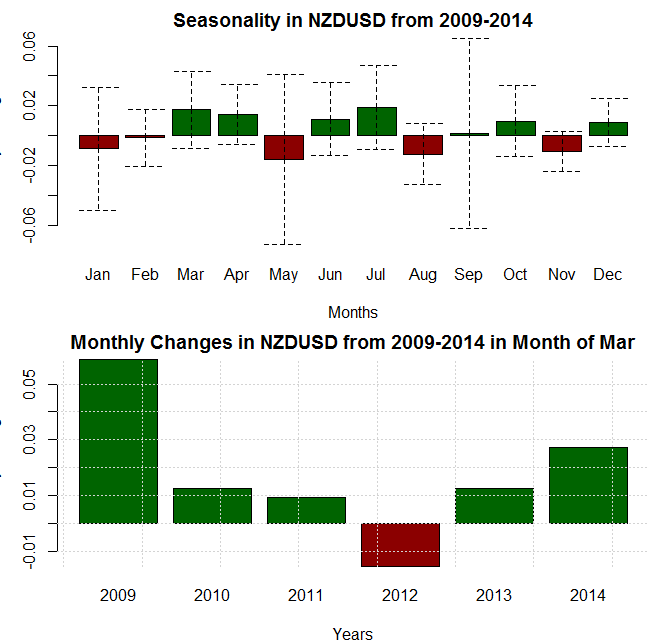 The New Zealand Dollar has usually found success against the US Dollar in March, having posted gains in five of the past six-years. Like its antipodean counterpart the Australian Dollar, the Kiwi’s best month of the first quarter during the QE era has been March – and it is the second best month of the year overall. For what little carry trade opportunity there may be left versus the low yielding Japanese Yen, the seasonal tendancies during the QE era are quite favorable, even when discouting the outsized gain in 2009. 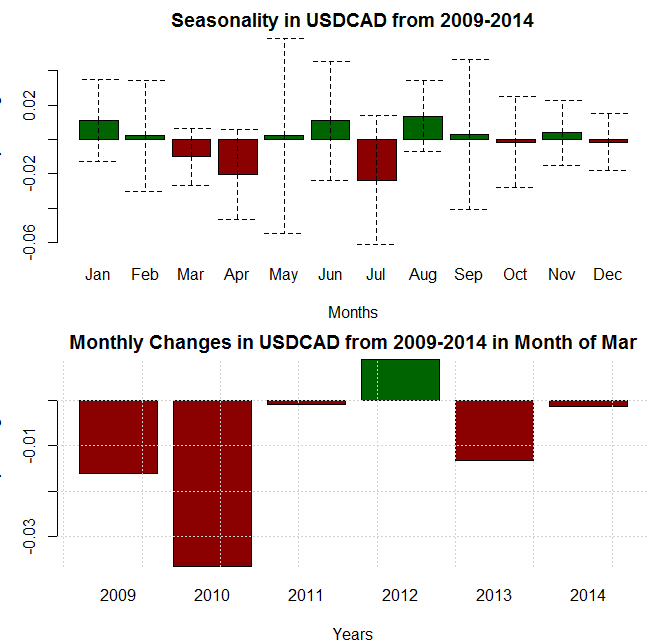 If there was ever a month for the Canadian Dollar to reverse its recent beleagured fortunes, March would be a good month to start. USDCAD has depreciated in five of the past six years (note the consistency in the commodity currency bloc), with losses in each of the past two. Canadian Dollar strength against the greenback has not been a one-off event in March, either: April has been even weaker, with a more volatile trading range as well. 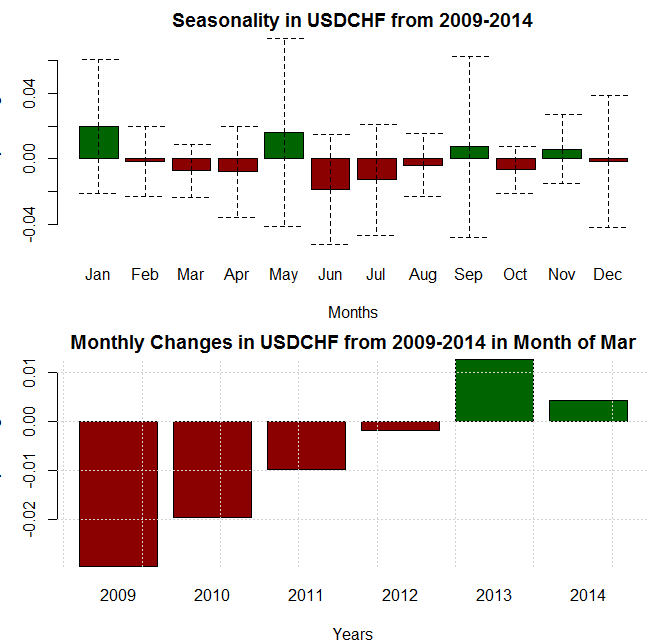 Seasonality is slightly bearish for USDCHF in March, although if recent history is a guide, it could be more neutral than the average performance of the past six years. The past two years have produced gains, in light of the capital dislocation after the SNB’s decision to remove the EURCHF floor in January, traders should expect greater variance than history suggests. If anything, the Franc may be a more favorable safe haven than the buck or the Japanese Yen during March. 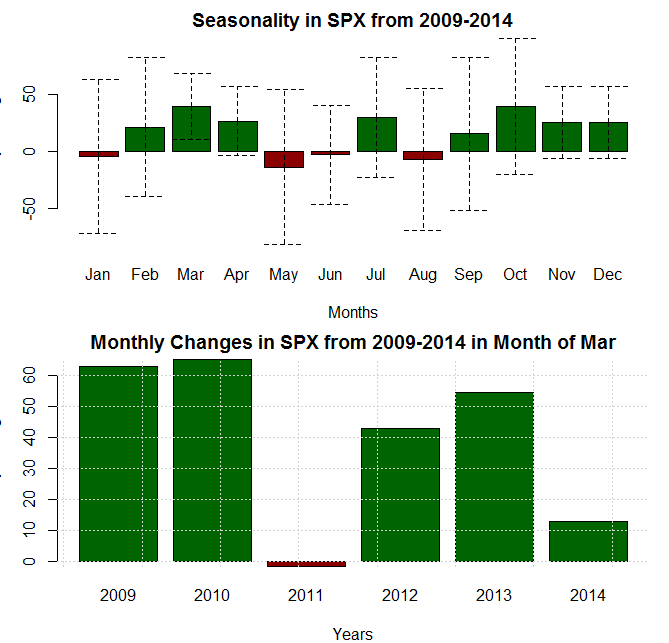 Do seasonal patterns really matter in the S&P 500? Equity markets have essentially done nothing but go up since early-2009. Nevertheless, if the pattern holds, then March should be a strong month for stocks, albeit with less volatility seen in either of the first two months of the year. Both March and April represent a strong seasonal period for equities, before the old adage ‘sell in May and go away.’ 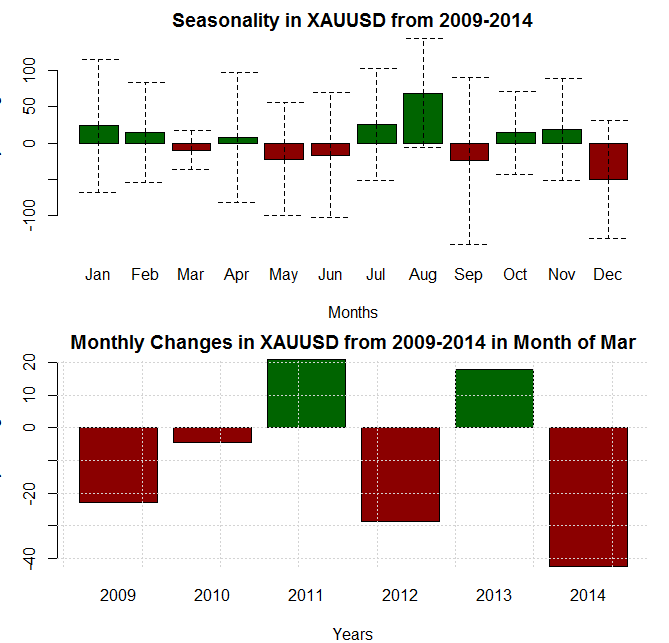 The beginning of the year has typically been a positive period for precious metals, but Q1’15 has shaped up to be much more neutral than the bullish seasonals of the past six-years suggested they would. The down performance in February amplifies the potential for an already expected to be weak March, with losses having developed in two of the past three years and four of the past six overall. We favor downside in Gold and Silver.