- December has been a bullish month for the USDOLLAR Index for three straight years.

- The Japanese Yen typically has suffered in December during the QE era.

- S&P 500 in midst of bullish stretch (September to April) and Q4 has proven the strongest seasonally.

For December, we continue to focus on the period of 2009 to 2013. The small sample size is not ideal, and we recognize that there is increased statistical stability with using longer time periods. However, because of the specific uniqueness of the past 5 years relative to any other time period in market history – the era of quantitative easing – we’ve elected to attempt to increase the stability of the estimates with the shorter time period.

In the QE era (which is now over in the United States), December has proven only to be a mildly bullish month for the US Dollar. December is the second in a string of four consecutive months of seasonal gains (November-February), and gains have developed in each of the past three years. 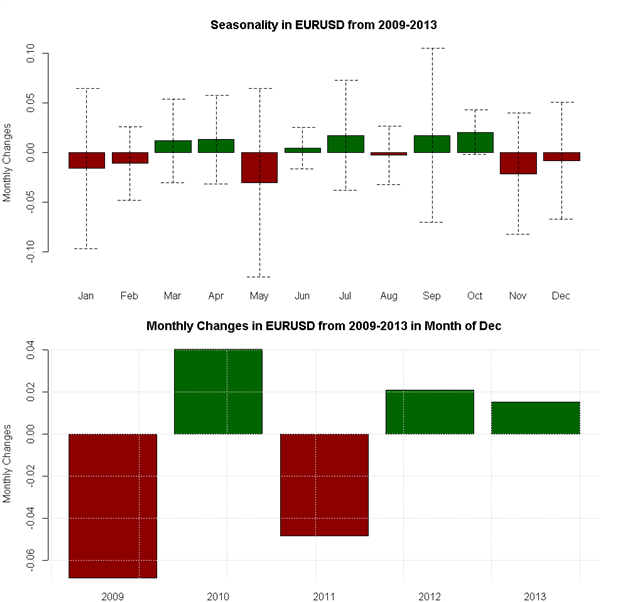 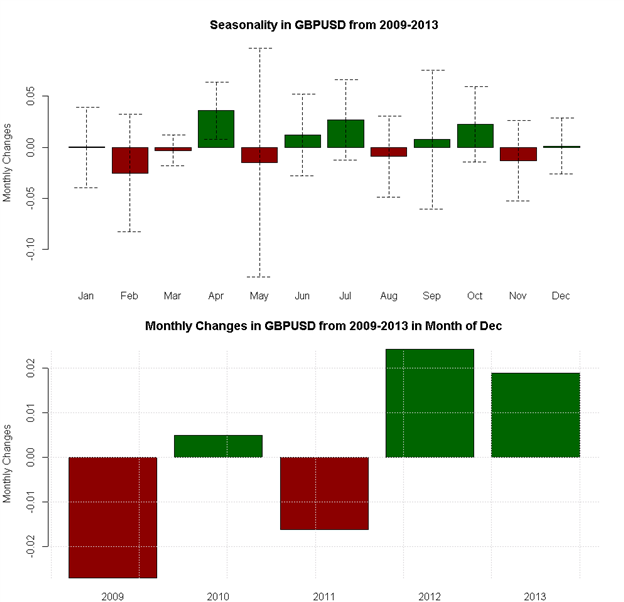 Like with the Euro, British Pound seasonality is mixed in December as only a slim, bullish average exists. Gains have come in each of the past two years amid low volatility (December has had the second smallest range of any month over the past five years); a significant move higher or lower would come as a break from recent trends. 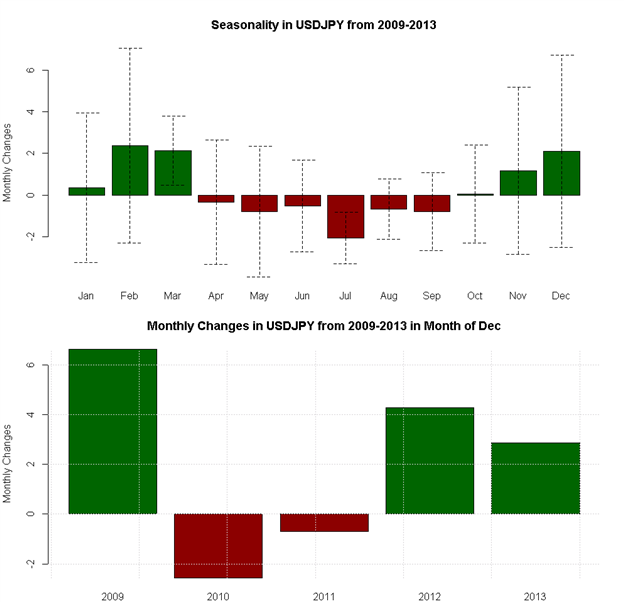 We’re in the midst of the best stretch of the year for USDJPY, and if QE era seasonal patterns are accurate, it should be smooth sailing until March. December has been the strongest month among rather bullish Q4 seasonal trends, which could be bolstered by the fact that USDJPY has been outperforming its seasonal trends going back to August. 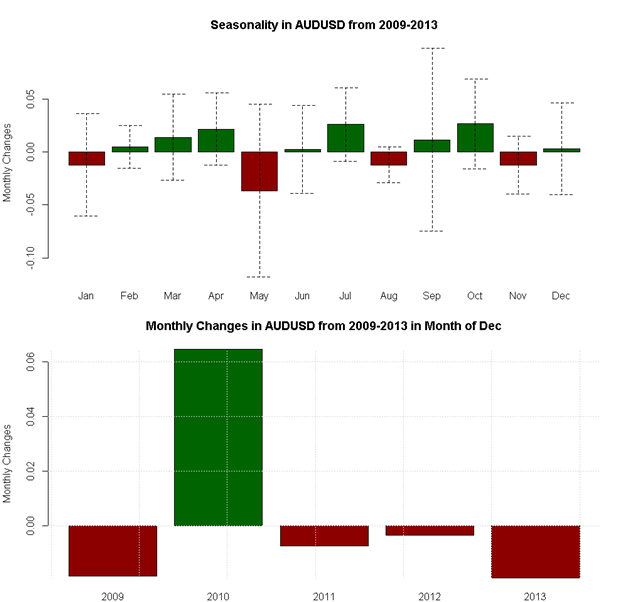 Although December is seen as a mildy bullish month for the Australian Data, a deeper look at the data shows why outliers must be sought out. AUDUSD has lost ground in four of the last five years, and but for a massive rally in 2010, the December seasonality skew would be negative. 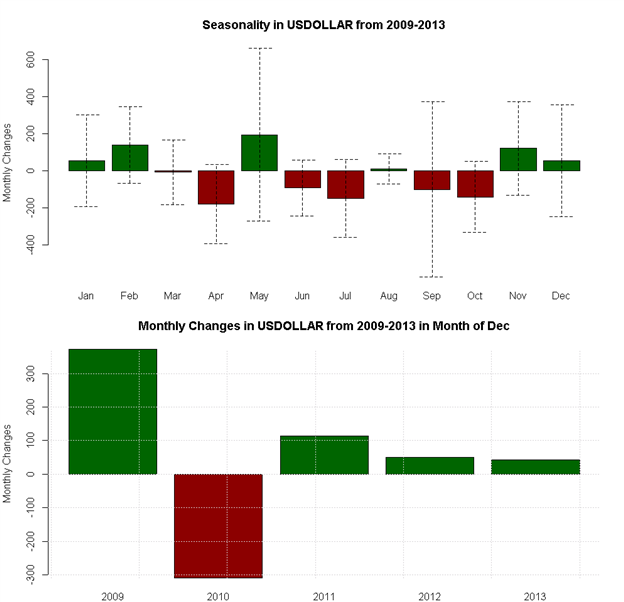 December seasonality calls for the second in a string of four consecutive months of gains for the USDOLLAR Index. Given the breakdown of the individual components of the index, another bullish December outcome likely hinges on the performance of USDJPY. The New Zealand Dollar has found December to be quite positive over the past few years. While not in the top three months of the year in terms of average gains, December has been consistently positive for NZDUSD, with gains come in four of the past five years. Any shot of a NZDUSD recovery might have its best chance now, as seasonal trends favor losses in January and February. 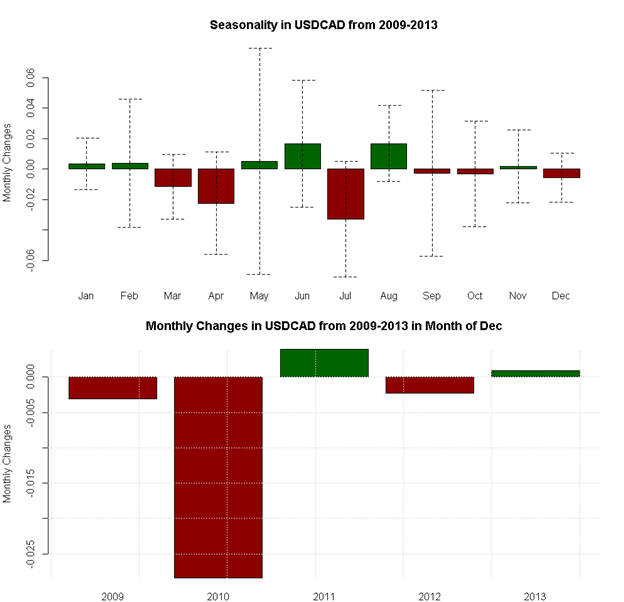 Seasonality favors a slightly stronger Canadian Dollar in December, though given USDCAD’s year-end seasonal statistics and recent December performances, we are adopting a neutral outlook. But for a massive sell-off in December 2010, recent years have offered little by way of gains or losses in the pair. 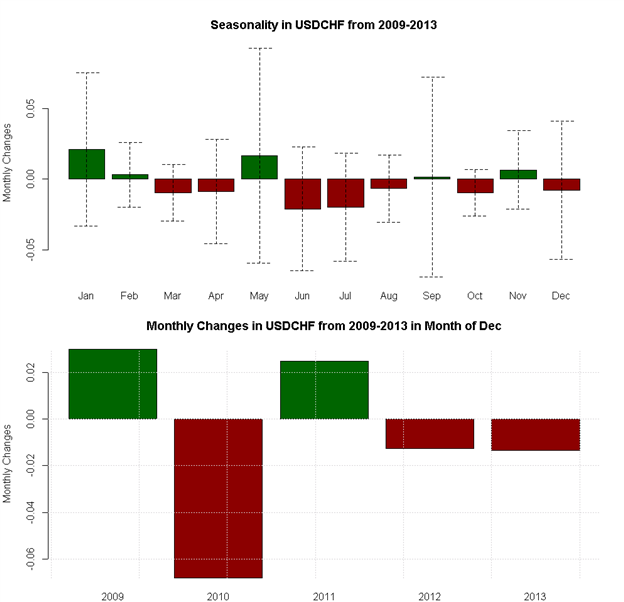 Seasonality favors a weaker USDCHF in December. While skewed by the 2010 performance, USDCHF has lost ground in each of the past two years. Given the strong inverse correlation with EURUSD (-0.96 since September 6, 2011, when the SNB raised the Sf1.2000 floor), USDCHF is more likely to follow EURUSD than its own seasonal tendancies. 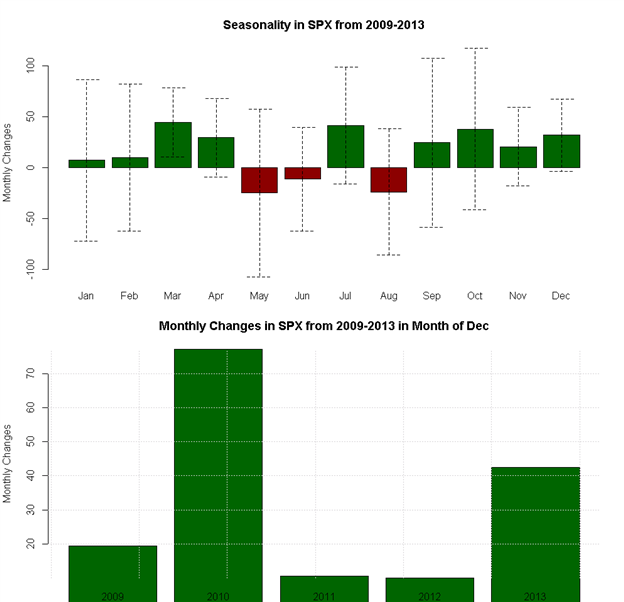 We’re in the midst of the best stretch of the year for US equity markets, month four of an eight month bullish seasonal trend during the QE era. Gains have come in each of the past five years, meaning a break of the trend will likely come as a surprise – and if it does occur, in an aggressive manner. 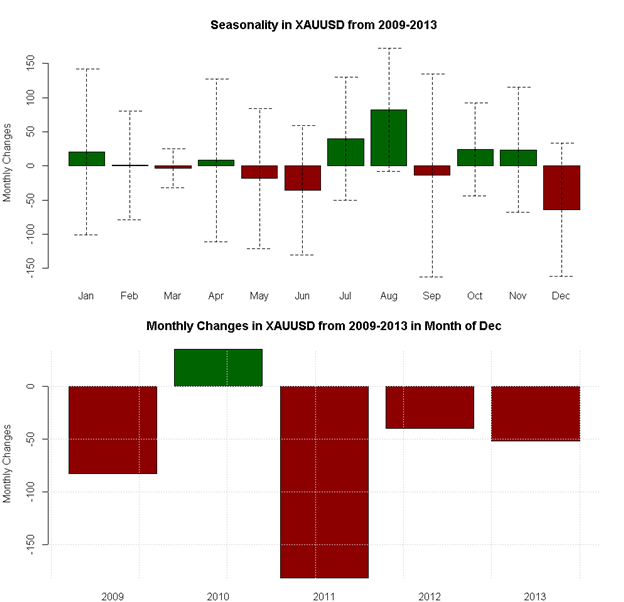 December is the worst month of the year for Gold. Losses have come in each of the past three years and four of five overall. Gold disappointed its seasonal tendencies in both October and November, amplifying the potential impact of the negative seasonal trend.