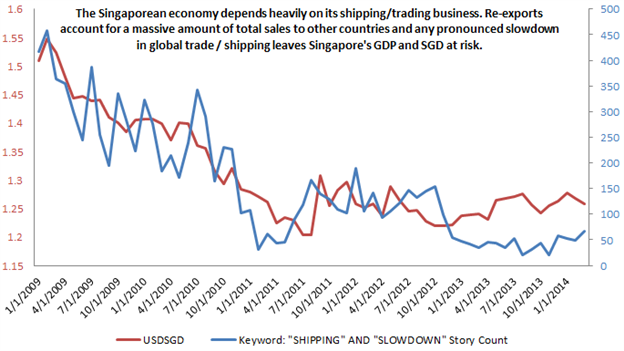 -Technicals signal possible breakout from a multi-year symmetrical triangle above 1.234 / 1.225

Holding the Singapore Dollar against the greenback (USD/SGD short) has proved to be one of the single best trades in FX over the last three decades. Among the majors, only holding the Swiss Franc or Japanese Yen against the Dollar would have yielded better results on a nominal basis.

The thirty year move is justified on numerous factors. Singapore has established itself as the Switzerland of the East through strategic government policy in order to boost growth in the face of a country that has to import almost everything. As a reference, water is considered a precious commodity for Singapore. The country has benefited over the last thirty years from an explosion of Chinese led growth and is now considered a global financial, trading and refining hub.

Still, Singapore has matured and benefitted largely from pro-business government policies and Chinese protectionism. Over the next decade we are likely to see a relaxation from Beijing in regards to various businesses and investment and this threatens longer term growth prospects for Singapore. Although the rising tide of Chinese growth lifts all boats, cargo ships in the Singapore Strait are not as likely to rise over the next thirty years as they have in the last. The shipping, refining and financial hub is likely to face increased competition as more markets mature and are liberalized in the East.

On a near term basis, risks for the SGD remain extensive. Developments in China, most notably in the property sector, risk contagion for emerging markets and established economies such as Singapore, Australia and New Zealand. Although the Singapore Dollar may benefit from Asian safe-haven flows, any pronounced slowdown in trade and GDP could add to downside pressures that trump such flows.

Detailed below are some fundamental and technical takes that support our bullish USDSGD bias as well as technical invalidation levels. 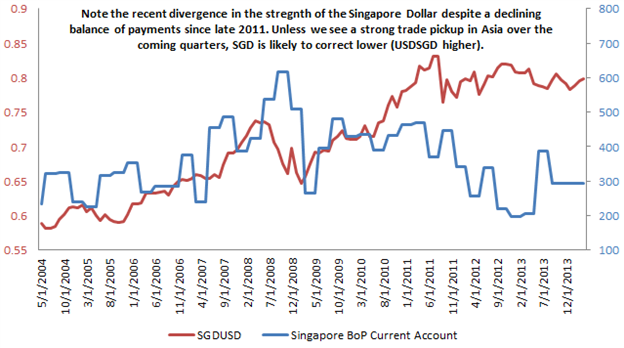 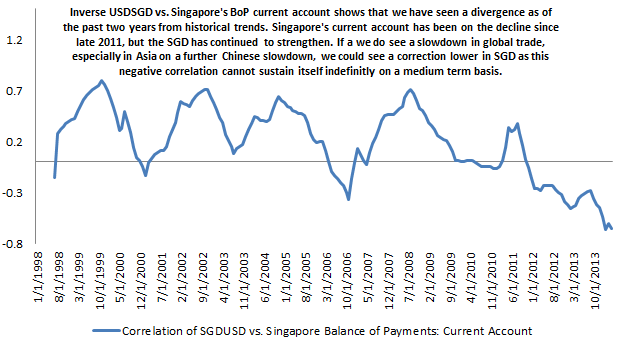 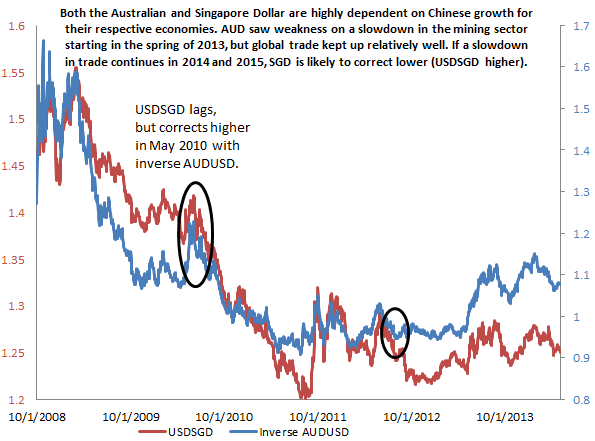 USD/SGD has been locked in a narrowing range since August of 2011. Not surprisingly volatility has contracted sharply during this time, but is now approaching levels that have historically been witnessed ahead of very strong directional moves. The key question in our view is which direction will the next strong trend be? Given the strong downtrend that proceeded this narrowing range, classical technical analysis would favor a lower resolution from the multi-year consolidation. Cyclical analysis paints a different picture, however, as the period between now and the start of the 3rd quarter looks like the ideal time for an important low as several long-term cycles are all converging during this period. The support zone between the 61.8% and 78.6% retracements of the 2011 range at 1.2450/1.2250 looks like an ideal bottoming area from a price perspective. A move over 1.2780 is needed to confirm that a major USD low is in place. Such an occurrence will set the stage for a strong rally over the course of the second half of 2014. Weakness under 1.2250 after July would completely undermine the positive cyclical picture. 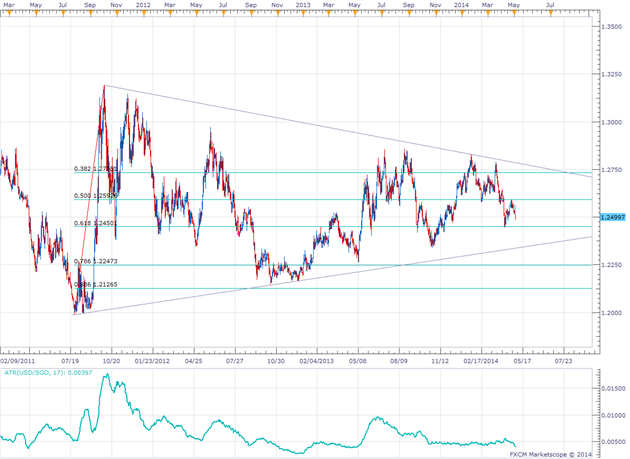 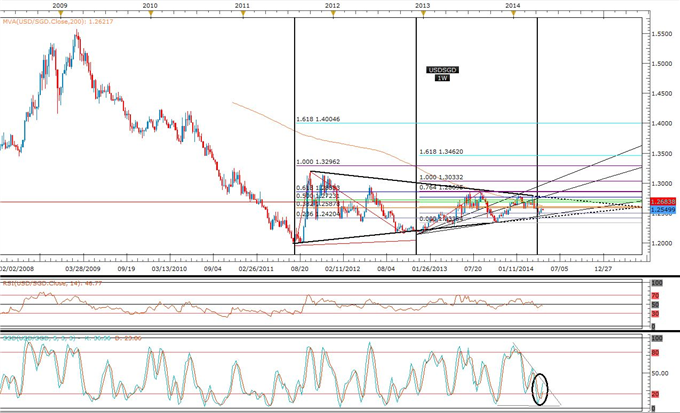