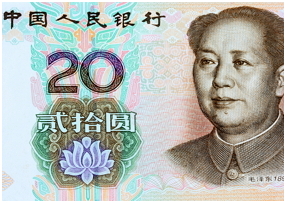 -Property market developments are disconcerting in the context of middle class, financial exposure.

-Developments in the inter-bank market, rural banks, NPLs are possible canaries in the coal mine.

As we detailed in March during the massive Copper selloff, the complex nature to commodity backed loans, financing vehicles and shadow workarounds to capital controls leave massive risks in the marketplace. An appreciating Yuan and a one-way bet mentality towards CNY strengthening has created a risky cocktail of overleveraged vehicles of financing. The unwinding could present further upside to the USDCNH rate if we do see some of these fundamental themes start to pick-up into summer. 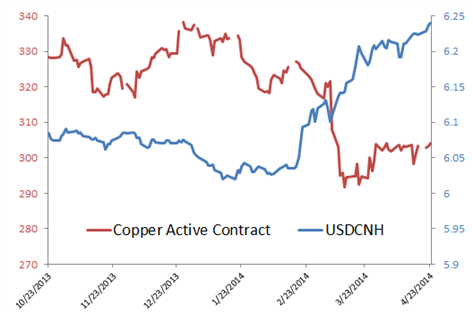 Although market participants and China watchers have warned about residential housing in tier 2, 3 and 4 cities for years, the commercial property market has been viewed in a more favorable fashion. Even players within China who have stressed their concerns in regards to the residential market have nonetheless remained confident in commercial properties in tier 1 and 2 cities.

This makes recent activity in the commercial market all the more disconcerting. Soho China, a company that has publically remained heavily bullish on tier 1 properties in Beijing and Shanghai, has sold commercial real estate in the two cities that total almost $1B. Even China’s richest man is said to have sold a property in Beijing equal to almost $1B as well over the last few weeks.

Large players have been looking to diversify their holdings over the Chinese property market. Over the past year we have seen New Zealand and Australia struggle to cap inflation in the face of an influx of Chinese upper class buyers looking to diversify. Even Canada had to end a special visa program due to oversubscription and unsustainable growth in the property prices of major Canadian cities such as Toronto.

As of late we have seen indications that tier 1-3 residential property price growth is beginning to stall and even decline in some cases in tier 4. It is no secret that there is a near-term oversupply of such properties and any escalation of price declines could contribute to an immense amount of pressure on wealth management products, real estate developers, local governments and banks. 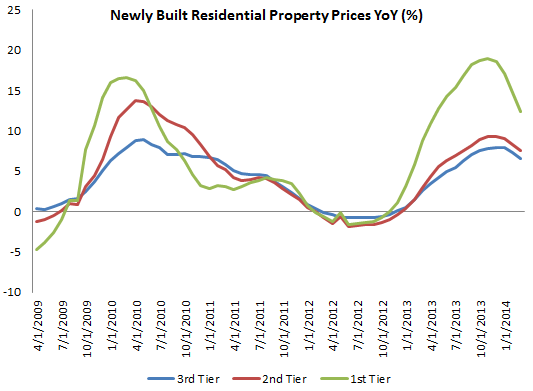 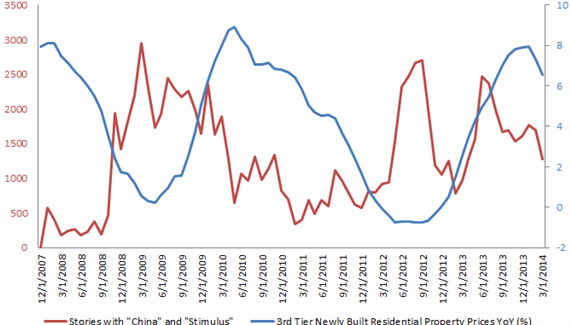 One of the real dangers in Chinese markets is when short term funding costs exceed growth rates. When we have seen the spread narrow between the two, Chinese market sentiment has weakened as has the Yuan rate. It is no surprise that we have seen the PBoC step in and use reverse repo operations in order to stop the rise of inter-bank lending rates. 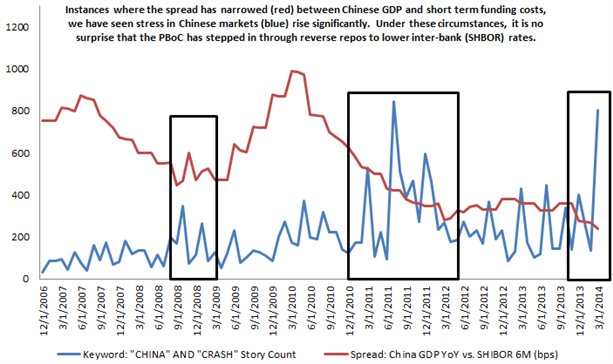 On April 22nd we learned that the People’s Central Bank of China would be easing capital requirements for rural banks. The share of deposits that various local lenders in the agricultural sector must hold was reduced and the reasoning given was to further economic growth. Still, there is room to speculate that there may be alternative motives here. Although the move may help boost availability for lending, it will have much more of an impact in helping relieve stresses on the balance sheets of these local banks, especially if they are under pressure vis-à-vis non performing loans (NPLs). We have recently learned that while there were 60B Yuan in NPLs during the entire 2013 year, we breached 100B Yuan in NPLs in the first two months of 2014.

It has been said by active market participants in Chinese credit markets that 6.25 remains a level where large amounts of exposure remain in regards to the USDCNH rate. That insight was given some weeks ago, and price action over the past few weeks closer to that handle may have led participants with excessive exposure to pull back and hedge themselves more properly. Over the past few sessions we have continued to touch highs not seen in the USD/CNH rate since 2012 and the HSBC PMI data on Tuesday night pushed the rate over 6.24. Only time will tell, but the risks remaining are considerable across the board in regards to Chinese growth, rates, property prices and credit markets.

“CNH is an offshore version of the RMB introduced by the Hong Kong Monetary Authority and People's Bank of China which allows investors outside of mainland China to gain exposure to the RMB.” Read more about the ability to trade USD/CNH with FXCM.