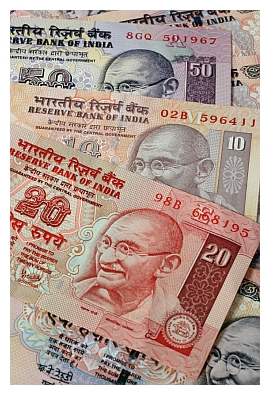 -Emerging market, Indian inflation seasonality is not in the Indian Rupee’s favor during 2Q.

-Food inflation year-to-date is disconcerting in the context of India’s CPI basket.

-Confidence in the April/May elections, RBI may be stretched.

It is fair to say that the appreciation of the Indian Rupee (INR) may have gone too far. Originally bid as confidence in the Reserve Bank of India returned on the back of Raghuram Rajan’s move to the central bank, recent USDollar weakness and Indian election confidence has pushed USDINR below the 60 handle. Over the past few months we’ve detailed multiple bullish factors for the Rupee, but certain factors developing into this summer may begin to disrupt trends seen in the first quarter.

In the near term, it appears as though confidence in the RBI and the month long Indian election cycle has reached a positive extreme. Market participants can front run a win by the opposition party today, but there is no guarantee that confidence will remain tomorrow. Post-election euphoria has faded before and would likely fade again, especially in the context of emerging market uncertainty and higher rates out of the RBI.

Although the Rupee survived the EM FX selloff, we’ve noted seasonal factors that include higher inflation into the summer pose risks in the second quarter. The Reserve Bank of India is likely to struggle with combating inflation in the near term, especially in the context of recent developments in the agricultural sector. Food prices constitute a large part of the CPI basket and poor weather around the globe combined disruptions in the grain market vis-à-vis Ukraine have led to higher than normal food inflation for this time of year.

As we discussed, the Indian Rupee held up well during the EM FX selloff, but the currency has been further helped by emerging market strength over the past few weeks. Looking at seasonality studies on the MSCI EM ETF, flows tend to top in April before heading south until summer. If this trend pans out, we could very well see emerging market currencies come under pressure in the second quarter, especially if we have set a concerted USDollar low as of last week. 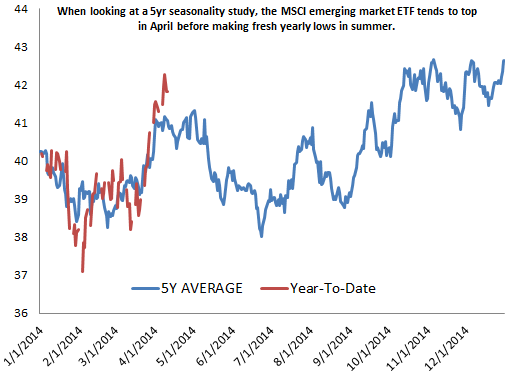 The Indian Rupee has strengthened (USD/INR lower) year-to-date, but the rest of the year does not look as bullish for the Rupee if the past 5 years are any indication. Just as seasonal CPI strength and EM weakness looks to bottom in summer, the Rupee looks to weaken into August and September. 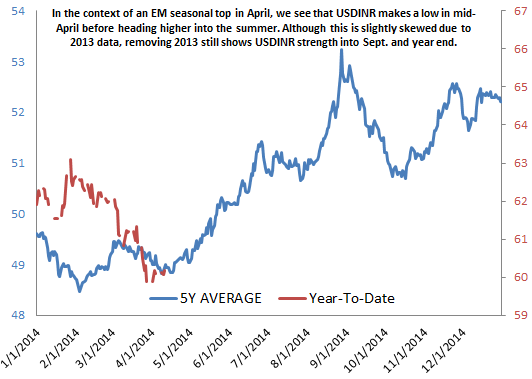 Part of the usual INR weakness in August and September may not be as pronounced in 2014 if we do see gold import restrictions hold. Although it may be a tough political sell post-election, keeping the measures in place could help lessen the adverse impact of higher gold prices in the third quarter. 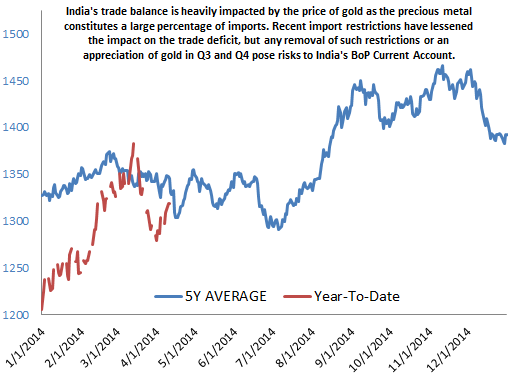