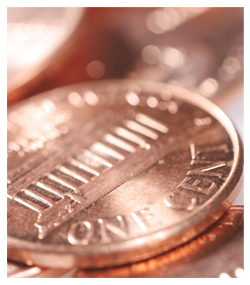 It is estimated that up to 80% of China’s copper imports are used purely for loan collateral. Such commodity backed, copper backed loans are popular in a nation where capital controls and lending regulations make it difficult for companies to take on traditional commercial loans. These complex debt transactions are often structured in obscure ways, making it difficult and even impossible for analysts and economists to gauge risk. In a way, recent fears surrounding Chinese credit markets can be seen as a result of developments in secondary markets such as that of cooper and/or inter-bank lending rates.

Following China’s first corporate default this month in addition to the first failed wealth management product (WMP) repayment a few weeks ago, it is no wonder that credit markets in China have tightened. In addition, the Chinese General Secretary (Xi Jinping) has made it clear that reform in debt markets is needed and this means added PBoC regulatory pressure on shadow banking institutions- many of which are involved in commodity backed structured products.

This helps us put recent price action in copper into perspective. At the time of this report, we are currently down almost 7% in March with London Metal Exchange pricing. It is likely that rates in the local Chinese markets are under even greater pressure as copper is sold at market as outstanding debts are called in the face of tightening conditions.

If we continue to see prices decline in copper, fundamental developments could lead to a supply shortage on the open market. As with any overextended market, we are likely to see those miners and producers who have come accustomed to high prices and have not managed their costs appropriately come under pressure and possibly shutdown. Such closures or reductions in production in order for those companies to reduce near term costs should eventually lead to supply constraints that could be fundamental factors for price support. This is of course taking a longer term approach to healthy price action and does not include risk factors of a general slowdown in global growth. If that were to occur, weak demand would likely continue to put downward pressure on copper prices, especially in the context of a commodity that is highly dependent on construction growth (an extremely supportive factor in the post-crisis, Chinese stimulus led infrastructure projects). 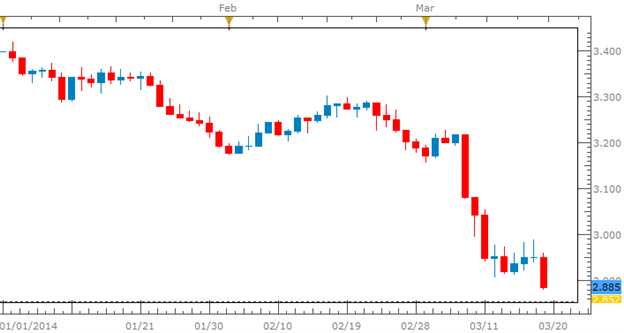