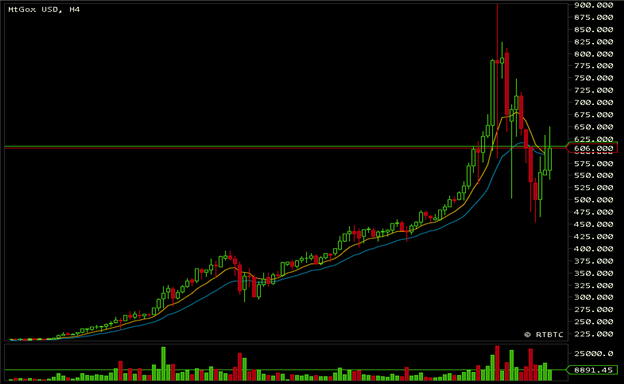 Back in April, when we first discussed Bitcoin’s meteoric rise (and ensuing fall), it was still a relatively niche phenomenon: internet-savvy individuals or those working in finance or technology may have been familiar with Bitcoin, but not many others.

It was that initial volatility that sparked the public’s love-hate relationship with Bitcoin in 2013. Since then, the digital currency has become quite prevalent. The discussion center moved from the backwaters of the internet (chatrooms, forums) to the mainstream media (TV, radio). Promoters of the alternative currency have praised its independence from governments across the globe, while detractors have pointed to its short history as evidence that the ground supporting Bitcoin may not be as strong as price is leading on.

Regardless if you think Bitcoin is the flavor of the week or the seedling of something bigger, there is one undeniable truth that inherently limits Bitcoin’s broader appeal beyond a speculative investment vehicle in the near-term: it is far too volatile.

Volatility has spawned in a very dramatic fashion after key events surrounding the Federal Reserve earlier in the month. Over the past few days, prices have been on a ride: at the beginning of November, prices traded just over $200; this week, a new all-time high just above $900 was set:

These gains are equally impressive and uncommon – the exchange rate nearly quadrupled in four weeks. And if you invested in 1 Bitcoin way back when its original price was $0.01, you briefly saw a +89,999% gain this week. It’s not a jump to say that the original holders of Bitcoin have benefited. Some of the early comers may have viewed the explosive price rise the past two weeks to take profit, as the past 48-hours have been unbelievably scary for recent entrants into the Bitcoin market: 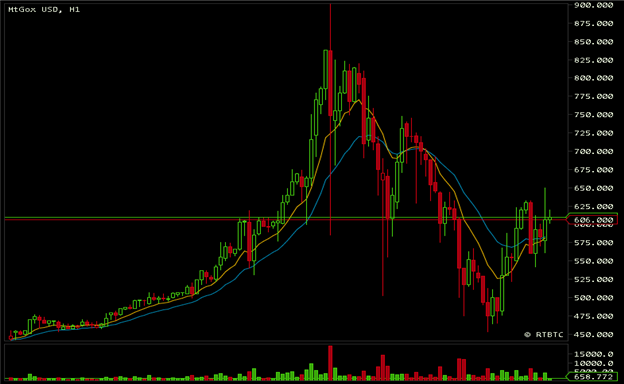 Price collapsed Monday night/Tuesday morning around 20:00 EST/01:00 GMT, from $900 to as low as $460 – a -40% slide. Consider that the most volatile major currency pair over the same time period was the NZDUSD, and it only had an absolute range of +/-1.82%. Comparatively, 1 week historical volatility for the most widely traded currency, the EURUSD, as of November 18 was +3.97%. These conditions do not support the case for Bitcoin as an alternative store of wealth.

- on Monday, you purchased 1 Bitcoin as Federal Reserve Chairman Ben Bernanke applauded some of Bitcoin’s merits; initial outlay is $750.

A stable exchange rate is essential for a widely accepted and used currency, and that’s clearly not the case with Bitcoin. While short-term traders want volatility, the amount of volatility seen in Bitcoin is undesirable for risk neutral and risk averse investors, even those worrying about the ongoing central bank stimulus wars.