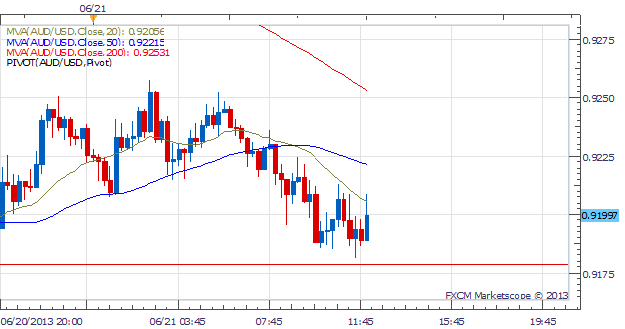 The USD continues to make advances as markets try to decide how to price earlier QE tapering. On Wednesday, FOMC Chairman Ben Bernanke unexpectedly indicated that tapering may occur by the end of this year contingent upon economic data, and the USD has been on a tear ever since.The Dow Jones FXCM Dollar Index (Ticker: USDOLLAR) gains +55 (+0.511%) on the day to 10752 at the time of writing.

The AUDUSD is little changed on the day with oscillating price action between $0.9165 and .9250. The pair trades neutral at net +4 pips at .9198 at the time of writing. The pair sold off heavily yesterday when it reached the lowest levels since September 2010. The Aussie is managing to rebound a bit off those lows today but price action seems to deny any breaks above .9250. The pair is dancing above and below the .9200 figure into European close. 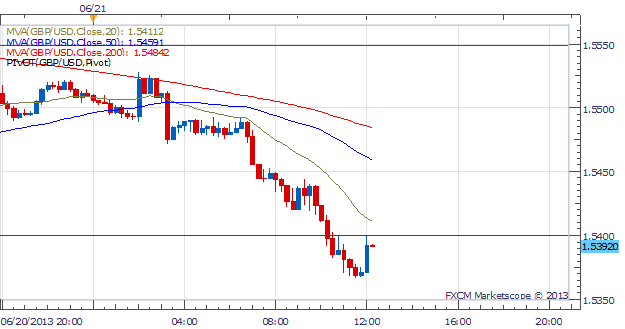 The GBPUSD declines -118 pips (-0.766%) to $1.5393 at the time of writing signifying a respectable decline. This mark constitutes a low not previously reached since June 5, 2013. The currency stagnated during Asian hours, moving in a small range above 1.5500. Near European Open, the cable attempted to move boldly higher but was shut down at 1.5522 and declined the rest of the day before making of 1.5367 at London close. The GBPUSD is currently bouncing off those lows as it attempts to reach 1.5400 near-term resistance. 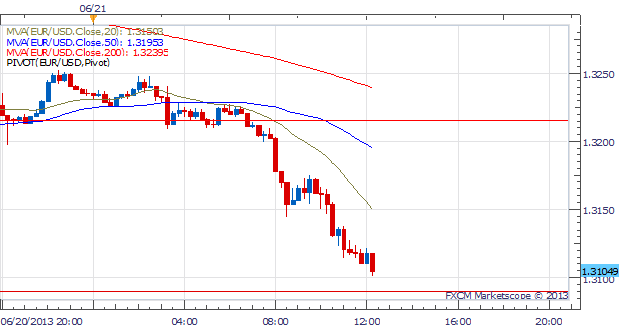 The EURUSD is also down today, falling nearly -126 pips (-0.952%) to $1.3100 at the time of writing. The pair declined throughout Asian and London trading hours, generating a sharp decline of nearly -50 pips the hour before New YorkOpen. The weekly S1 pivot at 1.3215 did provide some resistance early in London hours but this level ultimately gave out. The pair continued declining throughout US trading hours and continues this week’s trend of downside momentum. 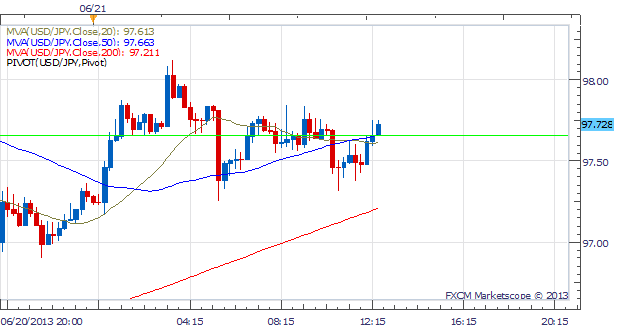