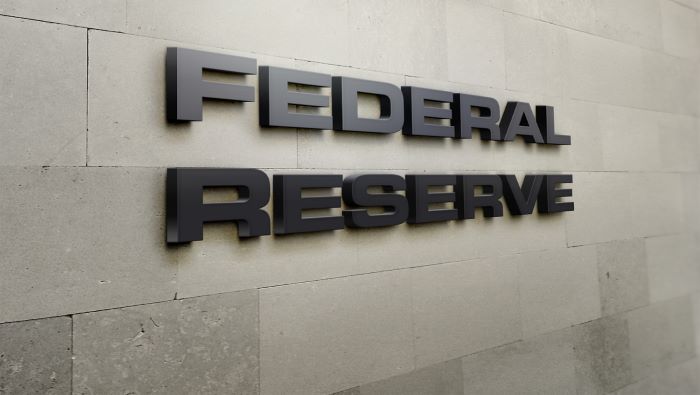 FED RATE HIKE: NOT MESSING AROUND

All eyes will be on the Federal Reserve this week as Chairman Jerome Powell is expected to announce a 50-basis point rate hike and additional guidance on how it will unwind its USD 9 trillion balance sheet. Amid an unprecedented credit crunch during the global outbreak of Covid in 2020, monetary authorities took drastic measures to cool concerns of illiquidity and to fortify the functional integrity of the financial system.

However, with inflation clearly not being “transitory”, officials have buckled down and are pushing for aggressive tightening. Economists are expecting for the Fed to set another half-point hike again in June, and then smaller rises thereafter. However, if prices continue to surge - as Core PCE showed last week with a 5.2% increase from the prior year - it could spell trouble.

Higher rates in an environment that has become addicted to an ultra-easy credit regime means sharp adjustments are likely to cause significant volatility. Furthermore, it could also increase the Dollar’s yield appeal, further stoking demand for the Greenback. For countries who issued debt denominated in USD, servicing their sovereign bonds may become a daunting prospect.

The result could be pressure on the local currency, particularly if their respective country’s central bank is not raising rates at a commensurate speed and magnitude. Furthermore, with weaker economic activity, developing economies may see their currencies then take a double hit as demand for risk-oriented assets wilts.

US ECONOMIC DATA ON DECK

A slew of key US economic data will be published this week, potentially adding to what may already be a volatile couple of days. Some highlights include ADP employment statistics, ISM non-manufacturing PMI for April, initial jobless claims and more. However, traders will be especially tuned in at the end of the week for a highly-watched data report: non-farm payrolls.

Economists are expecting about 390k jobs to have been added for April, down from gaining 431k in March. The unemployment rate is anticipated to fall to 3.5%, down from 3.6% from the prior month. On the same day, three Fed officials will be giving speeches following the central bank rate decision. Additional remarks from monetary authorities may amplify volatility.

As Russian President Vladimir Putin continues to wage war against Ukraine, the ongoing focus continues to be on the strategic city of Mariupol. Ukrainian forces have taken a stand at the Azovstal industrial plant and continue to endure bombardment as Russian soldiers continue to close in on the factory. 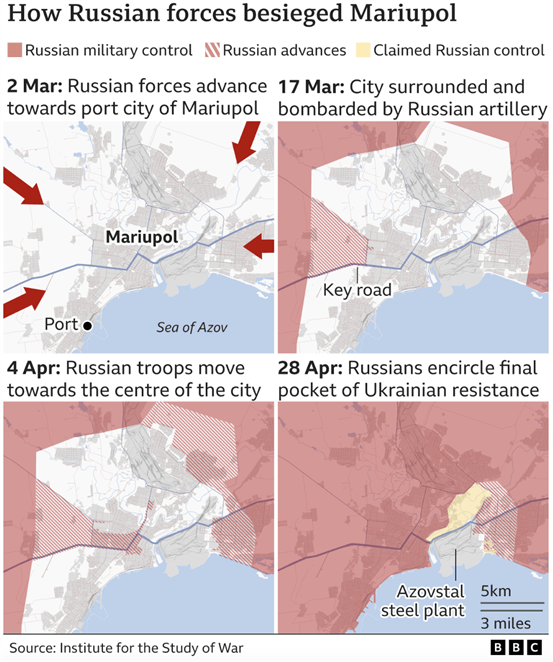 As the conflict escalates, US President Joe Biden promised a $1.3 billion aid package to support economic and military strength in Ukraine. He will also be asking Congress to approve and fortify the enforcement of Russian sanctions to “hold the Kremlin and the country’s oligarchs accountable”.

The sanctions have made China nervous, who now fear that their political ambitions could come at a cost similar to Russia’s - if not greater. Beijing has recently begun to analyze how to protect their overseas assets should they too be sanctioned one day. This concern has contributed to a broader trend that could limit future US - and broadly, Western - influence.

Some analysts and policymakers have speculated that the measures could unintentionally push Russia and China together. Already, the two are pushing to create an alternative to the SWIFT payment system, with Russia’s System for Transfer of Financial Messages and China’s Cross-Border Interbank Payment System.

Looking ahead, markets will continue to closely watch the war in Ukraine for any sudden developments, such as fresh new sanctions. Commodity prices are already continuing to surge amid a broader inflationary trend, and the Eastern European war has exacerbated it. How Biden will navigate the terrain of economic integrity and punitive measures will be crucial to monitor.

Volatility from last week’s earnings calls was not lost on markets. Netflix plunged over 30 percent in a single day, while Facebook stock surged over 16 percent. Trillion-dollar market cap giants Amazon and Apple saw shares fall on slow growth and supply chain issues, respectively. Next week, with the Fed and economic data on deck, the heat may be turned up.

Over 30 companies will be publishing their earnings this week. Some of these include but are not limited to Moderna, Airbnb, Expedia, Hilton, Shell Pfizer, and many more (see here for a full list). Pharmaceutical and travel-oriented stocks may be an interesting dichotomy to monitor vis-à-vis the pandemic, and whether prosperity for one means reduced profits for the other.

Since April 6, the Australian Dollar has plunged over seven percent against the Greenback - and the decline may accelerate. AUD/USD is trading at the weakest exchange rate since June, and is less than one percent away from the January 2022 low. This is a significant marker. The last time the pair was at this level was in July of 2020, the year of the COVID-19 outbreak.

Having said that, RSI has entered below the so-called “oversold” territory - that is, a reading below 30. The indicator suggests exhausted sellers may be overwhelmed by an influx of buyers who are eager to capitalize on the discount. Having said that, it should be noted that these signals are not prophecies and does not guarantee that a deeper slide down is not out of the cards.

Even if AUD/USD does bounce from the January 2022 low, the pair’s enthusiasm may be curbed at the 0.7097-0.7119 resistance band. Failure to puncture that ceiling could reinforce what appears to be a very clear bearish bias. Given the current fundamental circumstances of this technical set up, it seems more likely than not that a turn lower is in the cards ahead.