Gold Price Bumps Up on Weaker US Dollar and Less Hawkish Fed. Where to for XAU/USD?

Gold has benefitted from a weakening US Dollar so far this week, as the aftermath of the Fed action from last week continues to ricochet through markets. The US Dollar index (DXY) is down over 1% this week and gold is up around 0.20% over the same period.

While the market got their taper expectations met, the rate hike timeline might not live up to the hype. A number of Fed speakers have come out since the meeting and it’s possible that the 5 hikes for 2022 priced in by the market, may not be delivered.

Overnight we have seen several Federal Reserve board members put a dovish spin on the rate hike cycle.

Kansas City Fed President Esther George acknowledged that a prompt end to QE may open the way to a more gradual increase in rates. All four Fed speakers appear to be backing away from a 50-basis point lift off at the March FOMC meeting.

Overall, there seems to be a belief within the Fed that one of their goals of full employment has been met. The second objective of inflation near, or just above 2%, has not been met.

This could be detrimental to gold on 2 fronts. Clearly higher nominal yields as a result of the Fed hiking rates undermines the attractiveness of gold, as it does not provide a dividend.

Secondly, if the market believes that the Fed is determined to fight inflation, then longer term inflation expectations will be lowered, which may push real yields higher.

Real yields might hold the key for gold markets. US 10-year real yields have slipped from last week’s peak of -0.50% to around -0.64% today, helping to underpin gold so far this week.

Later today will see US jobs data, factory and durable good orders, as well as some PMI numbers.

Last week, gold broke below an ascending trend channel that it had been in since mid-December. The move lower broke below all short, medium and long-term simple moving averages (SMA).

It has bounced since making the low at 1780.36 but has been unable to overcome pivot point resistance at 1805.78. The 200-day SMA is also near that level and might also offer resistance. 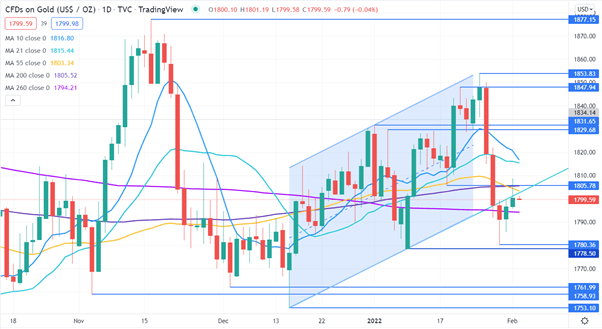 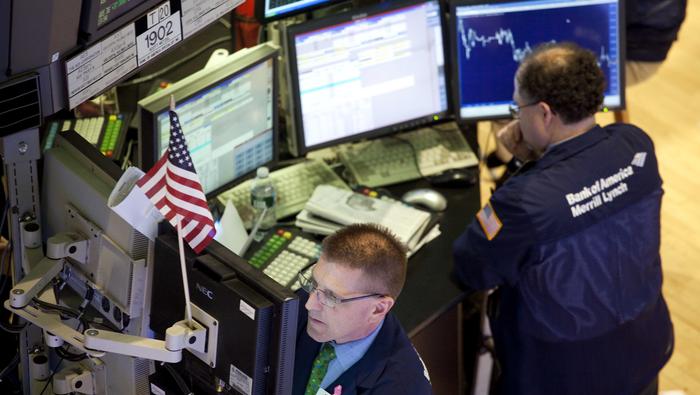 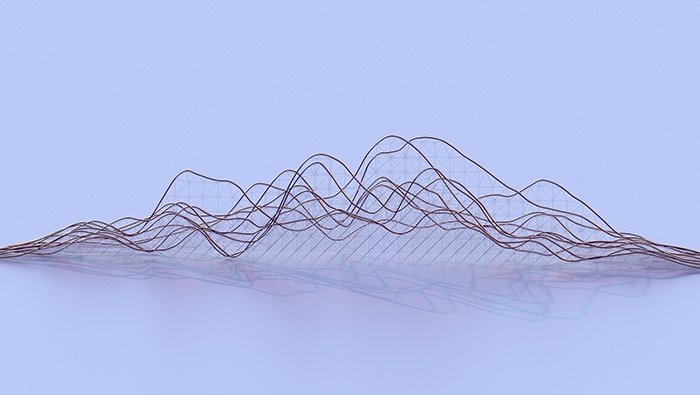