To mark International Women’s Day on March 8, we are highlighting three women leaders who are steering financial, economic and business organizations through unprecedented change.

Disruption once seemed remarkable and required a special response. Data released during the first week of March revealed that disruption has become a constant. A new ISM report caused market jitters over inflation when it showed US manufacturing activity at its highest level since 2018. A strong surprise upside beat in Non Farm Payrolls added to expectations of higher growth and inflation concerns, with the 10yr Treasury yield rising to a new pandemic high. Meanwhile, last week, the European-based International Monetary Fund warned that governments must help companies or deal with a gush of bankruptcies and unemployment that could eliminate 15 million jobs.

With a world focused on finding or protecting jobs for millions, bringing an epidemic under control and market jitters over the possibility of inflation, organizations need leaders who can guide people and markets through volatility. Janet Yellen, Mary Barra and Christine Lagarde are three such women leaders who have been tapped to navigate critical institutions through these remarkable times. They set goals, inspire people and move organizations through disruption. They are innovators—in economics, business and finance—that hold three of the most powerful jobs in the world of money.

US Treasury Secretary Janet Yellen established her priorities before being named to what could be the most important job in the Biden administration. She pledged to help workers and to battle unemployment. “Without further action, we risk a longer, more painful recession now and long-term scarring of the economy later,” she said at congressional hearings, which led to her confirmation as President Joe Biden’s Treasury Secretary.

Yellen’s confirmation marks two milestones for women in money. She is the first female US Treasury Secretary. She was also the first woman to serve as a Federal Reserve chair, thereby making her the first woman to hold the two most powerful and respected positions in US financial policy.

The Secretary’s past accomplishments point to her new direction. Yellen’s focus on labor dominated her time as Fed Chair. She guided the central bank to center on unemployment rather than inflation. The unemployment rate fell from 6.7 percent to 4.1 percent during her tenure.

Now, she takes the reigns at Treasury at a dire time. Headline unemployment is at 6.2%, but Fed officials suggest that the true rate is closer to 10%.

Yellen is pushing for further spending and stimulus. When asked by The New York Times recently how she would measure success in her role, she pointed to jobs: “A simple one would be how long is it going to take us to get unemployment down to the levels we enjoyed prior to the crisis.”

Forecasts suggest that the Biden administration’s $1.9T stimulus bill could boost US GDP growth to nearly 8% this year and almost 4% next year, bringing the economy to full employment by fall 2022. 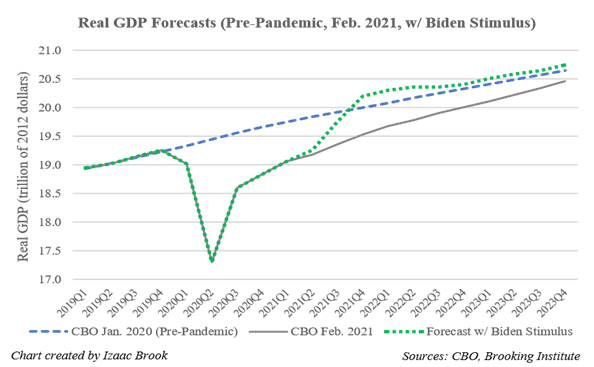 Yellen is also attempting to move Treasury—and the country—into a climate leadership position. At a Feb. G7 meeting, Yellen declared Treasury’s approach “will change dramatically” from the inaction of recent years. She vowed to start a Treasury “hub” for climate change and its related financial risks as well as create and appoint a new senior-level position to lead the department’s climate efforts. In Feb., she called out Bitcoin for its astounding electric consumption: “It’s an extremely inefficient way of conducting transactions, and the amount of energy that’s consumed in processing those transactions is staggering.”

Bitcoin and the climate threat

For more than two decades Yellen has led efforts to address climate threats. She served as a key economic supporter of the Kyoto Protocol, an early attempt at an international climate change treaty. After her term as Fed Chair, Yellen cofounded the Climate Leadership Council, a bipartisan policy institute focused on climate change and carbon taxes.

A fresh focus on climate change in the US could provide an economic tailwind. That’s because an investment in green industries and infrastructure is expected to increase efficiency and establish a stronger, more balanced economy in the long run. Such a shift can drive growth in Environmental, Social, and Corporate Governance (ESG) related investments, a booming sector. 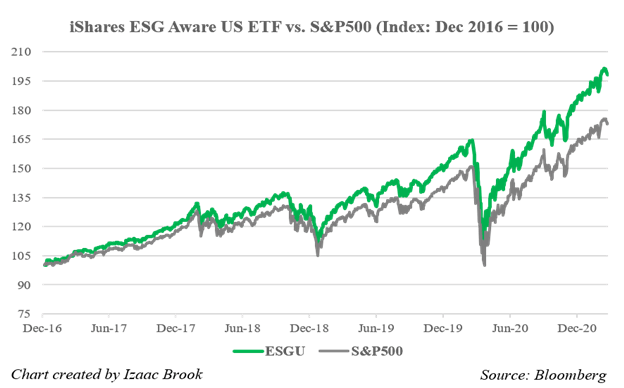 While Yellen’s rise marks a milestone, most women are still playing catchup in financial leadership. According to a report by the World Economic Forum, global gender equality will take another 100 years to achieve. The goal of equality between genders and ethnicities in boardrooms is a key objective of the group. For FTSE100 companies in particular, there is a lack of boardroom diversity. Further, only 5.8% of CEOs running S&P 500 companies are women, according to 2021 research from Catalyst.

Mary Barra’s success could help to change that.

In February, General Motors Co. Chair and CEO Mary Barra announced 2020 profits of $6.4 billion, beating Wall Street expectations despite the coronavirus, a chip shortage and a major factory shutdown. The nation’s largest automaker reported EBIT-adjusted income of $9.7 billion on revenue of $108.7 billion. GM chief Barra has said she expects profits to climb in 2021.

In the seven years since taking the top job, Barra has confronted an ignition malfunction resulting in 124 deaths, a massive vehicle recall and a global pandemic while executing one of the most extraordinary turnarounds in Corporate America.

All in on EVs

In January, Barra announced plans to end production of all diesel- and gasoline-powered cars, trucks and SUVs by 2035 and entirely transform its new fleet to electric vehicles as part of a broader plan to become carbon neutral by 2040. Barra’s bold move to exit gas powered vehicles puts her head-to-head with Tesla in an aggressive launch into an EV future. She has made savvy purchases of an autonomous-vehicle company Cruise, and created battery company Ultium. For the scope of her ambition, electric cars and trucks currently account for approximately 2% of GM sales and none of its profits. “We are committed to fighting for EV market share until we are number one in North America,” Barra has said.

As battery prices drop so do costs of electric vehicles. In 3-4 years, EVs may cost about the same as gas-powered cars and trucks, and get cheaper, according to BloombergNEF.

The shift to greener investments is certainly not a US-only phenomena. In fact, the EU has taken a leadership role. Without a centralized Eurozone fiscal body, the responsibility of combatting climate change from a financial angle may rest on the European Central Bank.

Since taking the top job at the ECB in 2019, Christine Lagarde has laid out a striking vision to tackle social issues. Gender diversity and income inequality have been marked as key priorities. Her stance on using the bank to combat climate change may have the biggest impact on markets. “We cannot keep waiting for someone else to act,” she told a conference in Jan.

Before becoming the first woman to head the European Central Bank, Lagarde - a lawyer, executive and politician - led the International Monetary Fund (IMF). A decade after the 2008 financial crisis, she criticized "groupthink" in the male-dominated financial industry and demanded gender reform. As IMF head, she had important impacts on gender diversity and global warming. In Feb., she remarked on the importance of the IMF in choosing a woman to succeed her, saying it is “our job” to lift up next-gen female leaders.

Now Lagarde is leading a shift to a green future at the European Central Bank. The ECB has a powerful seat to push policy and larger economic moves thanks to precedence and a somewhat ambiguous mission to keep prices stable and support the EU’s “general economic policies.” 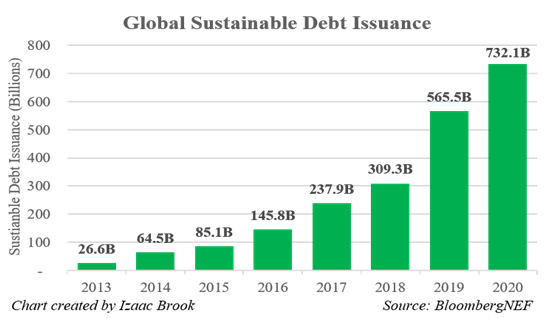 The ECB chief makes the case that climate change can decimate growth and spur volatility in inflation. Under her leadership, the ECB announced plans to conduct a bank-level climate stress test. It is carrying out the far-reaching assessment to assess the impact of future climate struggles on the European banking sector over a 30-year horizon. Early results show risks concentrated unevenly across countries and economic sectors. Lagarde has said she is putting climate change considerations at the center of the ECB’s ongoing review of its monetary policy strategy. At the same time, she is warning EU governments to "beware of the cliff edge" and keep up spending to support their economies. In February, as she focused on a climate change agenda, she also called on EU countries not to suspend aid to businesses and employees.

Lagarde is due to speak on March 11 at the ECB’s monetary policy meeting and is likely to address climate change and growth.

Traders are watching the way the ECB’s climate change considerations could impact the bank’s bond buying in policy and practice. The ECB already holds 20% of eligible euro-denominated green debt, according to Reuters.

Even so, the “brown” industry, such as oil, energy and mining companies, have received ECB support in the form of lower borrowing costs and inclusion in asset-purchase programs. Activists propose a “green quantitative easing,” to limit carbon emitters and other polluters from the bank’s portfolio, while boosting the purchase of bonds in environmentally-friendly projects.

More likely, under Lagarde, the bank appears ready to factor in financial risks of “brown” industries as part of its bond purchase programs.

Climate change is central to the ECB’s monetary strategy review due in September. Lagarde, now on the job for 16 months of an eight year tenure, is clearly just getting started.

Izaac Brook is an intern at DailyFX.