Natural gas prices have jumped since the coronavirus-induced lows of April, despite widespread prognoses of the sort of deep, global recession which would not in more usual times support energy prices. 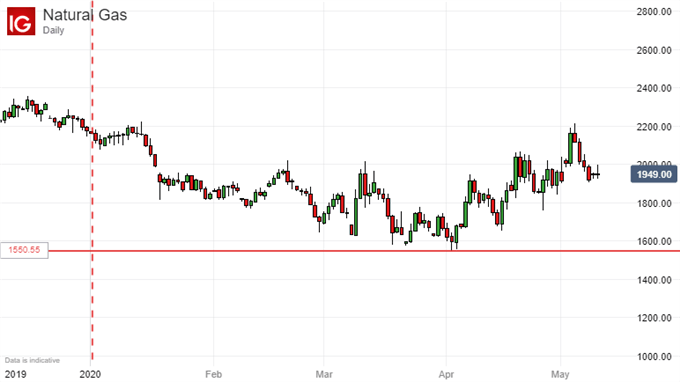 Of course, oil prices have recovered similarly too with their own market dynamics playing a major role. While demand forecasts languish, major producers did at last get their act together last month, agreeing sweeping production cuts which will go some way to addressing the huge supply-side glut which had made the price impact of coronavirus so much worse.

Are any similar dynamics at work in the gas market? Well, supply there is certainly likely to drop as producers delay investment. Low prices have already had an impact here. Israel and some of its neighbors had planned an energy partnership, with Egypt set to revive two export terminals which could have brought Israeli natural gas to Europe. These plans are now on hold, with similar examples of hiatus visible from the Gulf of Mexico to Australia

Lower oil production rates will necessarily mean lower gas production in some areas. Gas output will drop most in the US Appalachian region because of low prices and also in the Permian, where low oil prices have forced producers to cut production, reducing gas output from oil-directed wells, according to the Energy Information Administration’s latest Short Term Energy Outlook.

Prices recently hit 16-week highs after an explosion at Enbridge’s Texas Eastern Natural Gas system in Kentucky had the company close a section of its pipeline. This supply was quickly re-routed, however.

The US Federal Reserve’s stimulus programs have also given the market a lift. Changes made in late April to the $600 billion Main Street Lending program allowed companies to use loans to pay off some types of debt. The oil and gas industry had lobbied for this change, although the Fed has said that it was not made with that specific industry in mind.

Perhaps the main support for gas prices is the hope that the cautious emergence of many national economies from lockdown will see a durable return of energy demand, juiced by restricted supply and the easy availability of cheap money. Of course, no one can know whether those hopes will be justified, or whether ‘second wave’ infections will slow the process and prolong recession.