WHAT IS BITCOIN HALVING?

Bitcoin halving is the process in which so-called “miners” – covered in the section below – are rewarded 50% fewer BTC for verifying transactions in the blockchain network. This is scheduled to occur every 210,000 blocks and is designed to help preserve Bitcoin’s allure as a store of value. The cap for Bitcoin is set at 21 million, thereby keeping the supply finite. There is no Bitcoin central bank that can simply print more BTC.

In fact, the guiding purpose of the cryptocurrency and the very thing underpinning its broad appeal is that it operates on a decentralized network that cannot be controlled by a single person or institution. Halving is written into the Bitcoin algorithmic protocol, designed by the enigmatic person or group known only as Satoshi Nakamoto during the 2008 global financial crisis.

In short: Bitcoin mining is a series of operations performed by a computer to solve math problems. These are programmed to become progressively more difficult with every verified transaction in the blockchain. As a reward for solving these mathematical puzzles – with a probability of 1 in 13 trillion of getting it right – Bitcoin miners are awarded an amount of BTC.

WHAT WILL HAPPEN TO THE BITCOIN PRICE AFTER HALVING?

The next halving – the third since Bitcoin's inception – is scheduled to occur on May 18, 2020. Miners will start to receive 6.25 BTC per block transaction, 50 percent less than the prior 12.50 BTC compensation (hence, “halving”). Traders will keep a close eye on how prices respond. Assuming supply stays constant and demand increases, scarcity will drive Bitcoin higher.

However, the infamous economics tagline “ceteris paribus” has proven to be an unreliable assumption enough times before, and the macro context in which prior halvings occurred varied. Consequently, Bitcoin’s price change in each of these events was not the result of a rigid formula but a circumstantial reaction to the environment in which the halving occurred.

HOW TO TRADE 2020 BITCOIN HALVING

Leading up to and following a Bitcoin halving, markets frequently witnessed high periods of volatility. However, price swings may be tamed by traders who have priced in the anticipated change and positioned themselves ahead of it. Since Bitcoin’s inception in 2009, there have been two halvings occurring at four-year intervals – on November 28, 2012 and July 9, 2016.

Bitcoin prices rose approximately 18 percent in the month before the halvings of 2012 and 2016. They added an additional 8 percent after the first instance but fell 16 percent following the second one. Volatility this year may be particularly difficult to gauge because of two opposing forces that could amplify or dampen high-magnitude price swings.

The first is the coronavirus outbreak, which has catalyzed a selloff in global equities and exposed the fragilities of an already-weak global economy. Volatility linked to this exogenous shock may distort the price response from Bitcoin halving. During this time, BTC may also reveal what could be an intrinsically speculative nature, thereby undermining its claim to be a stable medium of exchange.

The second has to do with the considerably more up-to-date Bitcoin infrastructure now compared with prior halvings, which may mitigate volatility. Even as recently as 2017, exchanges were experiencing a slew of technical issues including losing client funds, subsequently leading to surges in volatility as liquidity dried up.

It was not until around 2019 that reputable exchanges and custodians began to appear and helped to fortify the operational integrity of the cryptocurrency market. With these upgrades and a more efficient market structure in place, scope for significant halving-induced volatility may be reduced. That is, violent price swings set off by the split itself may be more subdued than in prior years.

WHAT WILL HAPPEN WHEN ALL 21 MILLION BITCOINS HAVE BEEN MINED?

When all 21 million Bitcoins have been mined – with an estimated end date at 2140 – BTC supply increases will end, and the price of the digital token will be fully at the mercy of what prevailing demand is at that time. Furthermore, the cost of generating new Bitcoin every year grows while the reward diminishes as every halving reduces the number of digital tokens awarded to its excavators. 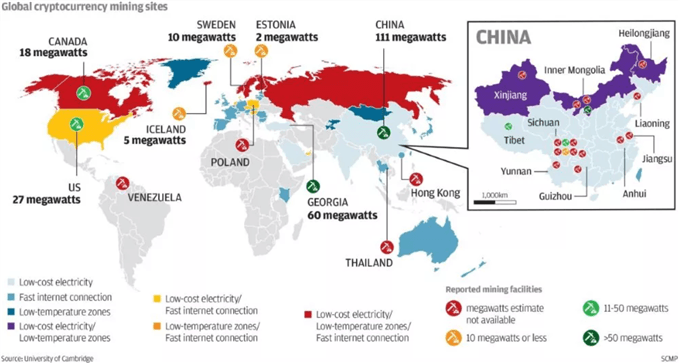 The algorithm is written in such a way that over time, fewer miners will be able to continue their operations and will be forced to shut down. As the blockchain puzzles become more difficult to solve, input costs like electricity and hardware replacement will rise, while their revenue – i.e. Bitcoins generated – will dwindle. The result will be fewer miners spawning fewer BTC, thereby encouraging scarcity.

Unlike a fiat currency – say, the US Dollar – the supply of Bitcoin is limited. While there has been speculation that it may become a global currency, BTC proponents must first reconcile a plethora of dilemmas. One of the biggest of these will be shedding Bitcoin’s reputation as a speculative instrument and rebranding it as a reliable medium of exchange by taming violent volatility.

This helps to differentiate widely-used fiat currency like the US Dollar from a digital token like Bitcoin. There is no halving equivalent for currencies. The closest comparison may be hawkish monetary policy, where the raising of interest rates aims to reduce lending and constrict the money supply. That is an incomplete analogy however since a central bank can choose to loosen credit conditions as well as tighten them.

Much like Bitcoin, Litecoin – a descendent of the original cryptocurrency – also undergoes a halving period every four years. The last to occur was on August 5, 2019 and saw the number of digital tokens awarded to miners reduced to 12.5 LTC per block. The next split is expected to take place on August 6, 2023 where the compensation for digital excavators will be down to 6.25 Litecoins.

The coronavirus may also play a role in driving up the price of Bitcoin. The global pandemic emanating from China has spread throughout the world and disrupted global supply chains, hitting the tech sector particularly hard. Consequently, so-called “mining farms” – which are typically giant warehouses filled with computers running on electricity 24/7 solving blockchain-related math puzzles – may face supply shortages.

Governments across the world have initiated lockdown procedures and mandated for their citizens to self-quarantine to mitigate Covid-19 contagion. However, delayed orders and congested ports mean miners may not get access to hardware they require to keep verifying transactions and producing more Bitcoin. BTC scarcity linked to the virus and to halving could thus constrict supply and drive prices higher.