Can Coronavirus Helicopter Money Bring Markets Back to Life?

The prospect of a massive coordinated fiscal response to the coronavirus’ awful spread has given risker assets across the financial spectrum some hope, the first they’ve had in weeks of relentless battering that has wiped out years of patient stock market gains.

Developed market governments are at last clearly prepared to spend big to combat the contagion’s effects, but whether even multi-billion-dollar packages can buy sustainable recovery from this will now obsess investors.

Governmental will is clearly there. From New Zealand through to France and the United Kingdom, fiscal packages unprecedented in peacetime have been cooked up to try and ameliorate the worst effects of the contagion on businesses and individuals. Now the US has waded in with a gargantuan package under discussion which may include the biggest dose of overt “helicopter money” ever contemplated.

This contentious policy is named for the idea that printed money is showered over the economy as if from some hovering rotorcraft. So far, the Trump administration reportedly wants to send direct cash payments to Americans within weeks, with more to come if necessary, as part of a raft of measures whose value could exceed a trillion dollars. 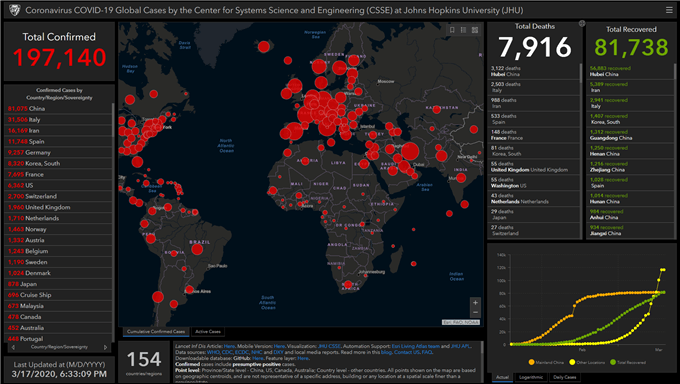 It has been tried before, to a limited extent. Rebate checks were sent to taxpayers in both 2001 and early 2008. However, what’s now proposed would dwarf anything seen before.

There’s no question that this sort of emphatic action is precisely what markets had been praying for. With traditional monetary policy clearly close to its effective limits thanks to years of ultra-low interest rates, investors had been hopeful that governments would step in with a massive fiscal response. Those hopes it seems will be answered.

This is likely to buy at least temporary respite for stock markets and, perhaps, other risk-correlated assets such as the Australian and New Zealand Dollars. The oil price might also perk up, but that market has other, specific worries at present, notably the price war between major producers Russia and Saudi Arabia. 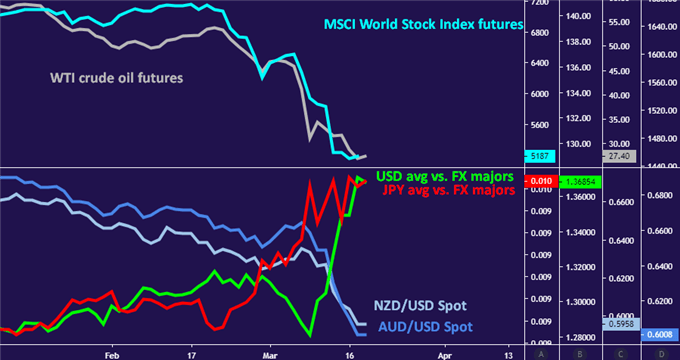 However, even if this vast effort gets the global economy out of jail, there will be dark sides to it. The first will lie in tacit recognition of the fact that the monetarist underpinnings of global markets have worn very thin, with no sustainable replacement in sight.

Helicopter money may work in the short term, but it’s very hard to find a serious economist who thinks it can be anything other than a temporary fix without worrying consequences. Moreover, the need for it comes at a time when public finances are already stretched across developed economies. Further stretching may see credit ratings come under pressure and may also magnify the differences between sovereign borrowers in the eurozone and a rerun of banking crises past.

Ultimately what will really count is the extent to which the virus itself fades from the global news cycle. Until that happens even multi-billion-dollar packages are likely to buy no more than temporary respite for beaten down asset markets.