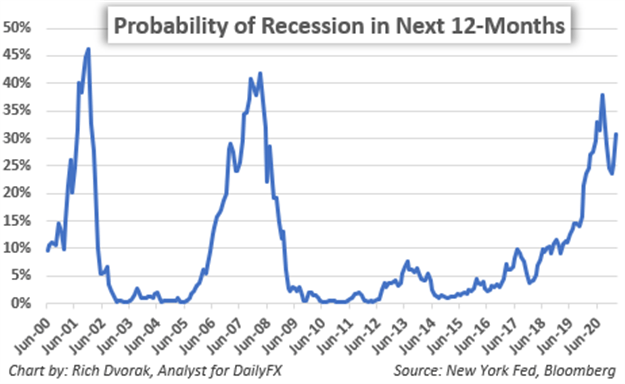 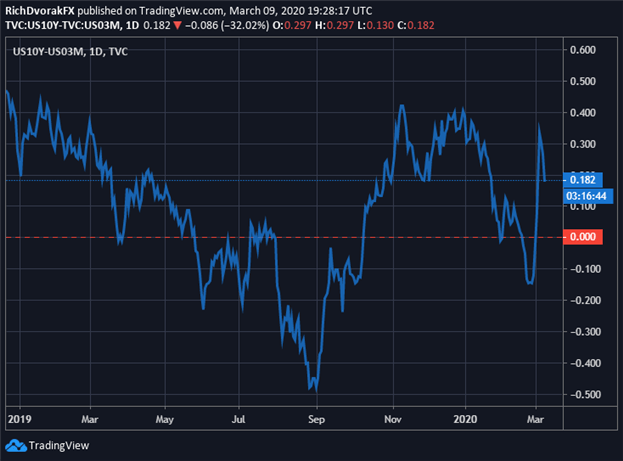 The 3m10s US Treasury yield curve spread now stands at a positive 18-bps, but this popular recession gauge appears to be headed back toward inversion territory. This might follow rising default risk on high-yield US corporate debt, which presents contagion risk to the broader financial system and economy. 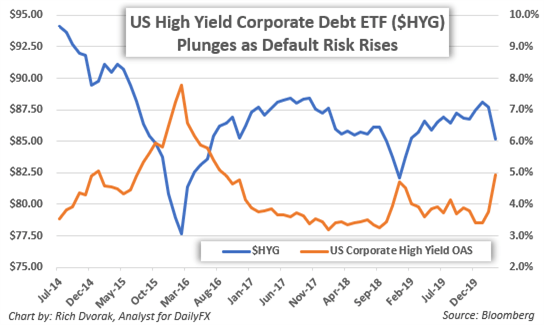 In fact, the options-adjusted spread (OAS)above the risk-free rate of return for high-yield corporate debt exploded higher to 5.5 percentage points as of March 06 – prior to the 30% gap lower in crude oil just witnessed. With crude now trading around $30.00/bbl, far below the approximate $50.00/bbl break-even price for US shale oil producers, fund outflows have soared from the iShares High Yield Corporate Bond ETF (Ticker symbol: HYG), which has over 10% of its market value exposed to poor credit quality energy companies.

Likewise, countries heavily dependent on oil exports like Canada or Mexico have seen their currencies plummet relative to safe-haven currencies like the US Dollar and Japanese Yen. At the same time, the broader US Dollar Index (Ticker symbol: DXY), which is heavily weighted to EUR/USD performance, has cratered to an 18-month low as the Euro gains ground against the Greenback.