US recession odds have been rekindled in response, which is reflected by the abrupt pivot lower in the US Dollar Index alongside a deepening of the US Treasury yield curve inversion (3m10s).

A corresponding rise in FOMC rate cut bets has since occurred, which stands to weigh negatively on USD price action. 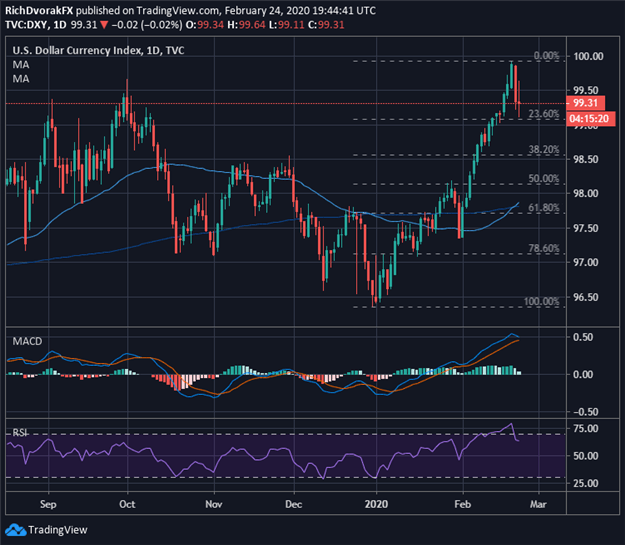 Perhaps the 23.6% or 38.2% Fibonacci retracement levels of the recent bullish leg will be looked toward as possible downside targets by USD bears if there is a protracted acceleration in FOMC rate cut bets.

Overnight swaps have priced in an additional 15-basis points of interest rate cuts for June 2020 Fed meeting since the relatively-less dovish January 2020 FOMC minutes crossed the wires last week. The implied Fed funds rate for the June 10, 2020 meeting now stands at 1.307%, which compares to the current effective rate of 1.584%. 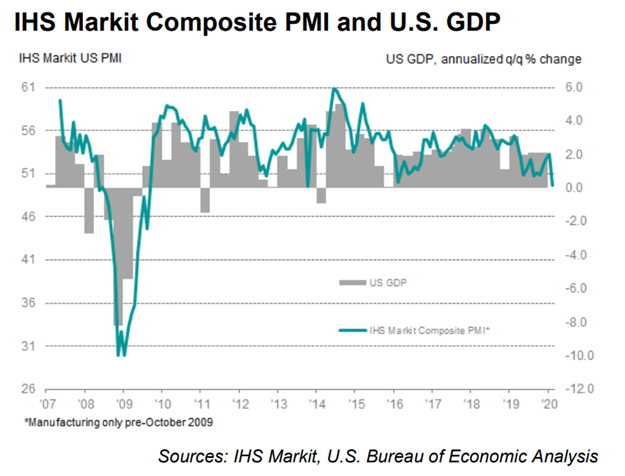 Specifically, the 3m10s and 2s10s yield curve spreads dropped from 30-bps and 34-bps respectively at the beginning of the year to the latest measurements of -0.15% and 0.11%. 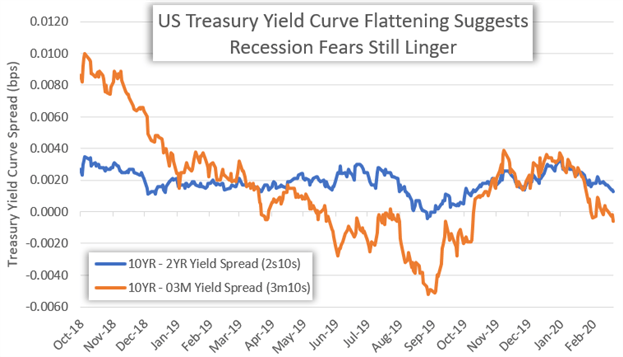