Risk appetite is the principle current in the global financial system. When fear is clouding the eyes of all market participants, the motivation is clear: reduce your risk and safe guard your capital. Alternatively, when greed is directing the mass's decisions, as has been the case the vast majority of the time this past decade, the driving force is higher rates of return regardless of the risk involved. Naturally, there are many shades of grey in this very wide spectrum; but this compass setting is critical almost regardless of what asset you trade or what style you adhere. Since the capital market recovery post-Great Financial Crisis (starting around March 2009) there has been a mentality such that there is no bad option for taking on risk. However, it is inevitable that the risk build up eventually plateaus and subequently collapses under its own weight - there is only so much reward to be found for the ever expanding risk nowadays.

It is important to have a plan for when things go wrong before the crisis his. Preparation can save an account and even prove profitable for the astute market participant. When it comes to preferred safe havens, there is often an assumption from previous periods of tumult that naturally kick back in when conditions start to erode. Such presumptions can be extremely costly. What stands as a bastion of safety depends on the coditions of the environment. Not all standards are created equal and hold their form through troubled times. That said, given the recharge of benchark US indices to recod highs, the renewed dependency on the world's largest central banks and the nagging concerns of a global stall in economic activity, it is worth evaluating what safe havens to rely on should conditions start to fracture.

I will not go into depth on what full risk aversion would look like in my view (a comprehensive drop in risk-leaning assets) or what systemic matters are more likely to trigger such an utter collapse in loosely-held conviciton here, but I will help to establish what represents a better haven given different condtions. Before we consider the full-blown fear options, it is first worth considering what markets suit a measured delegeraging on risk - what some may consider a slow or choppy descent from the S&P 500, Dow. Normally, the US Treasury would be a reserve absolute safety measure given it role as cash-equivalent and the scales of rerseres it fufills globally. However, the US and other government debt measures has been severely skewed with the deluge of stimulus these past years and the threats to do significantly more if provokes. Let's hope we don't need to put their prowess to the test, otherwise, we could be in store for a cold dous of reality. 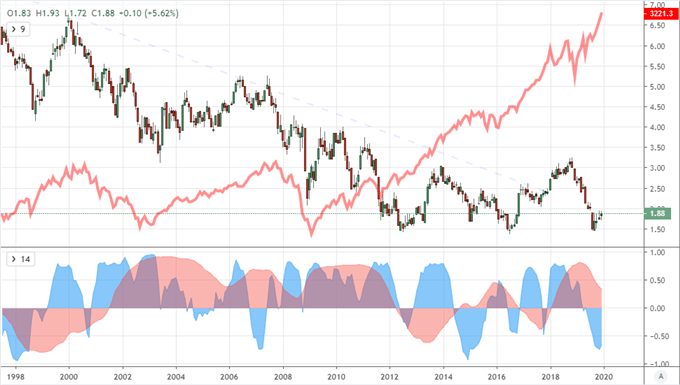 Another over-stated haven that plays more of a role in moderate level risk aversion is the Japanese Yen. While the currency represents the seocnd largest economy in Asia, there is little to genuinely raise the appeal of the benchark. With a negative real rate of return and clear evidence that Japanese officials are increasingly losing sway over their local currency, there is a systemic hurdle to account for when it comes to the Yen. Then again, the currency is the first step in seeking safety. What do traders do when looking to reverse coure from a high-risk exposure to safety? First thing's first, they take off the 'long risk' position. In FX, that is unwinding a carry trade which is traditionally a position founded on a Yen short exposure given decades for which the benchmark has played the function of a 'funding currency'. What may seem a bid for the Japanese currency can actually be a reversal of a short exposure. So long as the drive isn't sheer financial implosion, Yen stands to benefit handsomely from risk aversion. 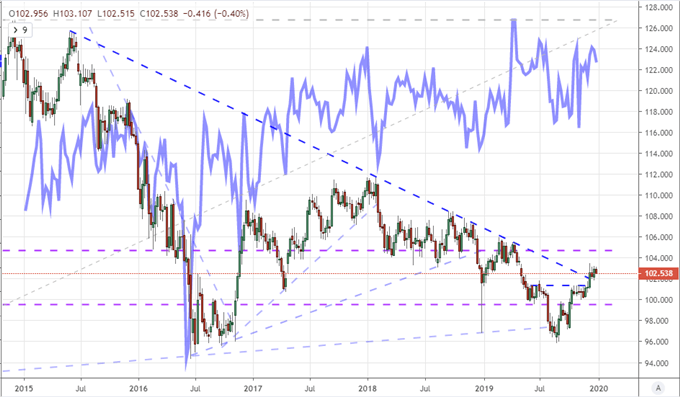 There is a seismic shift occuring in the standard hierarchy of what qualifies as a leading global benchmark. In particular, the US Dollar is seeing its status across the globe diminish as the government pursues a protectionist trade policy that inevitably curbs the use of the haven. Where does capital reaosonable redirect when the diversion in the global river is away from the world's most liquid currency? The second most liquid currency. The Euro holds the second place of global currencies by a wide margin which afford certain unquestionable appeal when fear is arising from the world's typical center for stability. Consider the Euro's role rather than its unique issues when fear is founded in a reshuffling of the global order. 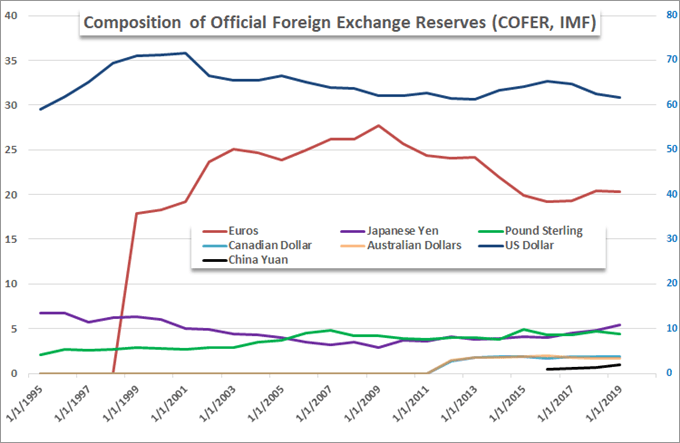 Nuance is a perfectly valid consideration in markets where rational minds can still evaluate the risk-reward circumstances at play. However, where unchecked fear starts to infect the investing mass's calculus, there is a rudimentary demand for absolute liquidity. When market depth is the principle qualifier, there is arguably no other measure more ubiquitious than the US Dollar. The currency accounts for nearly two thirds of all transactions globally. It is difficult to escape it pull even if you tried. Where markets are concerned with the absolute stability of the instrument in which they are sheltering in place, there really is no substitute for the Greenback. It is a hedge to panic, but such a state is not exactly a far-fetched possiblity. 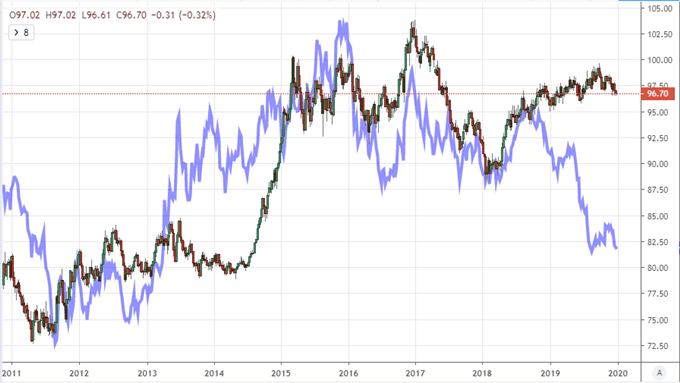 Extend that financial stability concern to a general unease over the foundations of traditional fiat assets like the Dollar, Euro, Yen and Pound - not difficult to imagine given protectionist policies and extreme monetary policy - and there are very few flights to safety left. I maintan that gold is one of the most appropriate havens for the kind of conditions that we are facing in the global financial system at present: risk aversion that is not showing on the surface and the slow erosion of influence from the fravorite havens in which to squat. Whether you intend to trade/invest in it or not, you should monitor gold as a general barometer on the markets.

Recommended by John Kicklighter
See the updated Q1 forecast for the gold.
Get My Guide 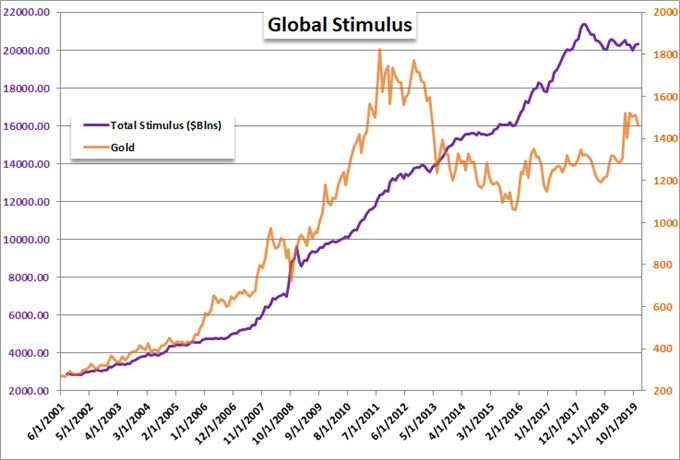