China-Sweden Tensions Flare Up: Another Trade War in 2020?

China and Sweden may be on the verge of starting a small-scale trade war amid growing political tensions since November. The latest source of angst comes after Chinese dissident Gui Minhai was awarded a freedom of speech award known as the Tucholsky Prize. China’s Ambassador to Sweden Gui Congyou responded that if Swedish officials sanctioned the award then there would be unspecified “countermeasures”.

Stockholm’s Cultural Minister Amanda Lind not only attended the event but also presented the award, defying the Ambassador's warnings. He now says Sweden will face the consequences of “meddling” in China’s affairs. Beijing supported this position, reiterating that if any government officials – including Sweden’s Prime Minister Stefan Lofven – attended the event they would not be welcome in China.

The Ambassador warned that no one is allowed to undermine Chinese interests and be able to reap the benefits of an economic relationship with them simultaneously. He went on to say that China will impose “restrictions” on trade with Sweden. 16 percent of the Nordic country’s cross-border sales go to Asia, with China constituting the largest portion with 4.9 percent. 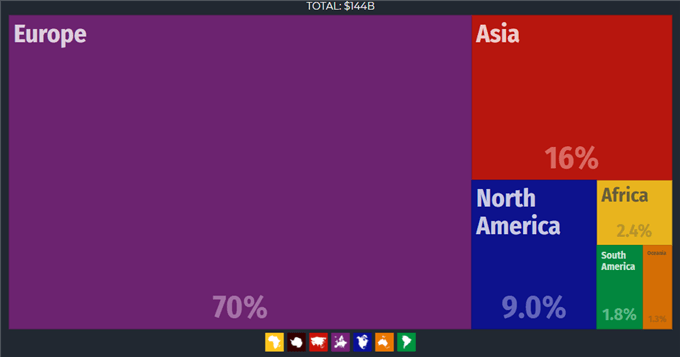 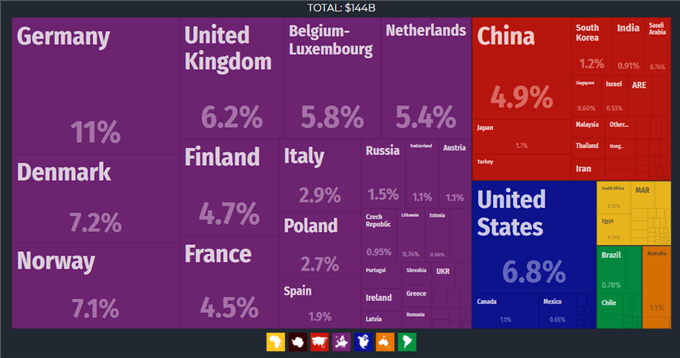 While the scale of a China-Sweden trade war will not make a significant impact on the global economy, it speaks to a far larger and more insidious problem afflicting the world. Since US-China tensions rapidly escalated in 2018, there has been an outbreak of trade wars in both developed and frontier economies. This has led to fractured supply chains and escalated geopolitical tensions, both of which have undermined growth.

The acidic nature of unilateralism rusts away the institutional foundations of a rules-based system that provides investors with a degree of certainty. Consequently, when this occurs, growth and investment slow due to the uncertainty associated with political peril, a notoriously elusive risk which is almost impossible to quantify. In this environment, commodity-linked currencies – like the Swedish Krona – suffer along with stock markets.

The prospect of softer exports to China also comes at an economically-precarious time for the Nordic country, as Europe – Sweden’s largest trading partner – continues to slowdown amid Brexit uncertainty. While its capacity to influence Riksbank monetary policy after the most recent meeting is unclear, it adds another drop to a growing ocean of fundamental risks, which, if strong enough could tilt officials to become more dovish.

On a technical level, the Swedish Krona may be entering a period of a short-term recovery heading into 2020. Using a currency basket composed of the US Dollar, British Pound, Euro and Japanese Yen against SEK, it shows that the Krona has been on a steady downtrend since August 2017. However, the recent breakout suggests there is room for upside potential as market optimism pushes the cycle-sensitive SEK higher. 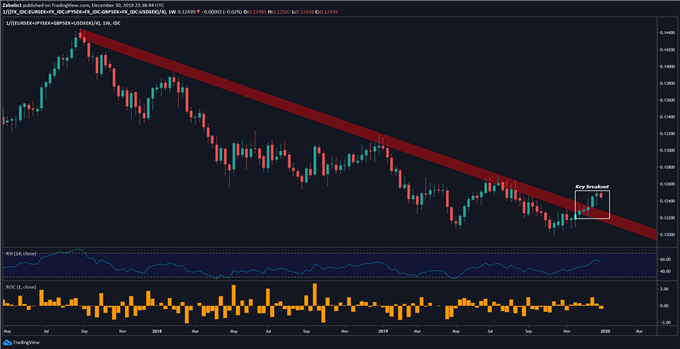