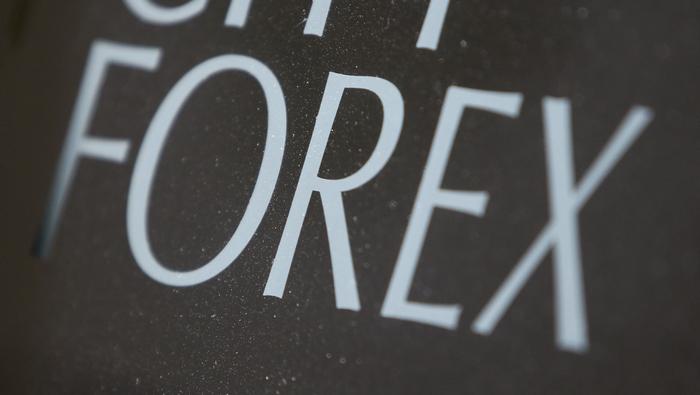 The US Dollar aimed higher against its major counterparts this past week, and its strength also extended into ASEAN currencies. The Singapore Dollar, Indonesian Rupiah, Malaysian Ringgit, Philippine Peso and in Southern Asia the Indian Rupee, all depreciated versus the Greenback. As anticipated, the primary focus for some of these exotic FX continued being updates in US-China trade talks.

This is likely why USD/MYR climbed despite better-than-expected Malaysian inflation data. In October, CPI clocked in at 1.1% y/y versus 1.0% anticipated. The Singapore Dollar also failed to find much support behind rosy local GDP data. The Rupiah brushed off the Bank of Indonesia leaving rates unchanged at 5.00% as the central bank lowered reserve requirement ratios. Policymakers left the door open to more easing. 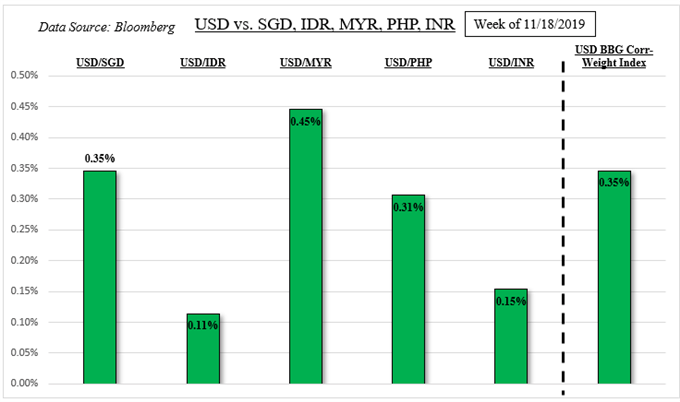 The 20-day rolling correlation coefficient between my ASEAN-based US Dollar Index and the MSCI Emerging Markets Index weakened slightly to -0.88 from -0.92 last week. Still, this remains a very important relationship for the USD/SGD, USD/IDR, USD/PHP and USD/MYR. A value closer towards -1 indicates an increasingly stronger inverse dynamic.

With that in mind, a breakdown in trade talks remains a clear fundamental risk for these currencies while a resolution will likely result in broad strength. This past week, there have been rising doubts about the two countries reaching a “phase one” agreement by the end of this year. Worryingly, US President Donald Trump noted that while they are “very close” to a deal, he is not “anxious to make it”.

This could mean that he would like to see China make further concessions. But, the country has made its position about tariffs well known. Beijing wants to see the US not only halt raising tariffs, but also begin unwinding them. Trump has shown reluctance to commit to this maneuver as issues remain unresolved in intellectual property theft. The US is still on course to raise tariffs against China in the middle of December.

Check out my technical outlook for ASEAN currencies ahead! 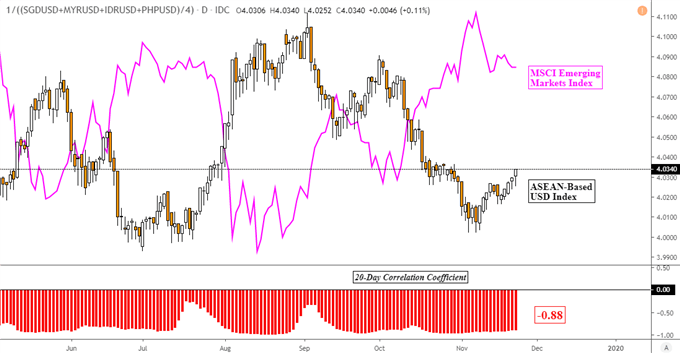 The ASEAN docket is looking fairly light in the week ahead with Singapore CPI later today. Like with local GDP data last week, these inflation figures may not do much to drive follow-through in USD/SGD given the focus on the US-China trade war. On Tuesday Singapore will also release industrial production. Over the weekend, China will report the next round of official manufacturing PMI data.

At home, the US Dollar has a couple of key economic event risk to watch. The week ahead brings US GDP and PCE deflator data on Wednesday. The latter is the Fed’s preferred measure of inflation. Upside data surprises from the US have notably cooled since September, opening the door to disappointing outcomes ahead. That may continue fueling 2020 Fed rate cut bets, pushing the US Dollar lower.

Keep in mind that on Thursday, US stock exchanges will be closed for the Thanksgiving holiday. That will reduce liquidity conditions heading into and out of the holiday, increasing the risk of heightened volatility