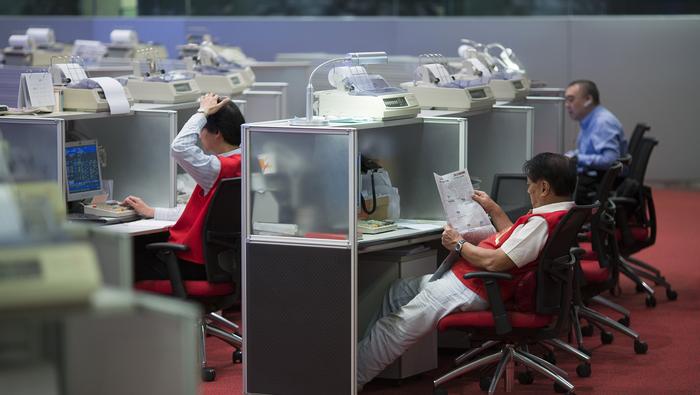 The Japanese Yen remained supported by its customary haven bid on Wednesday as US-China trade war tensions appeared to ratchet up, with political unrest in Hong Kong moving closer to center stage for traders too.

The US Senate unanimously passed legislation on Tuesday aimed at protecting human rights in Hong Kong amid Beijing’s crackdown on protests which have roiled the financial center for many months. China for its part condemned what it sees as interference in its sovereign business.

The Senate’s action came as President Donald Trump threatened to raise tariffs against China perhaps much further if the two global powerhouses couldn’t’ strike a deal. Of course, he left the door to an arrangement very much open despite the strong rhetoric but, if the two sides are any closer to even an interim resolution it is far from obvious.

At present further US tariffs on Chinese goods are still scheduled to kick in on December 15 and its possible that markets can brace themselves for further strident commentary from both sides as that data nears.

Risk appetite duly took another knock in Asia with equity indexes broadly lower. In Hong Kong itself the Hang Seng had shed 0.7% by 0250 GMT. The index was above its session lows, however, Despite the protests, stocks have not done badly in the territory in the last few days as the marketing of Alibaba’s enormous Initial Public Offering has boosted sentiment overall, as has hope for further Chinese monetary stimulus.

The Japanese Yen has continued to gain on the US Dollar, with USD/JPY now inching below the uptrend channel which has dominated the market from a technical perspective since late August.

The US Dollar has not fallen very sharply however, and it is quite possible that it is also attracting some of those haven bids. The Japanese Yen is usually a key gainer when investors are worried about global growth but, given the miserly returns on offer in Japan after decades of loose monetary policy, the relative safety and yield available from the greenback offer clear advantages. 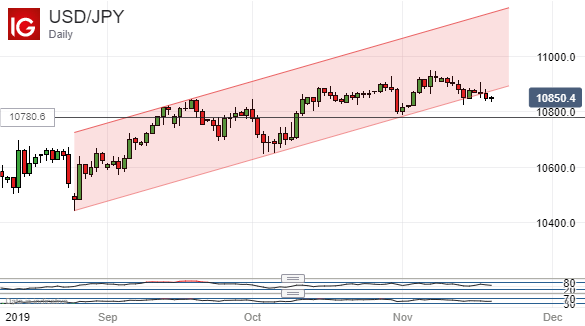 It is also quite likely that the US Dollar is undergoing a little consolidation of its gains, which have been considerable and consistent since August.

The markets’ next foreseeable hurdle will come in the shape of minutes from the Federal Reserve’s last monetary policy meeting. Market expectations are that the overall message from this will be that rates are likely to remain on hold. That message could give risk appetite another knock, even if some investors may judge that it could be overtaken by events if there’s no sign of a trade accord.