The British Pound may edge lower if the Bank of England rate decision and subsequent commentary by Governor Mark Carney on Brexit and the economic outlook unnerves traders. While the central bank is expected to hold borrowing costs at 0.75 percent, GBP may move lower if the Governor’s economic forecasts and view on Brexit spooks markets and causes capital to flow out of the British Pound.

UK lawmakers officially started campaigning on Wednesday in what is arguably one of the most consequential elections of the past two decades. With Brexit delayed until January 31 after the Brussels granted the UK a “flextension”, both the Labour and Conservative parties are vying to acquire as many votes as possible in order to break the gridlock. 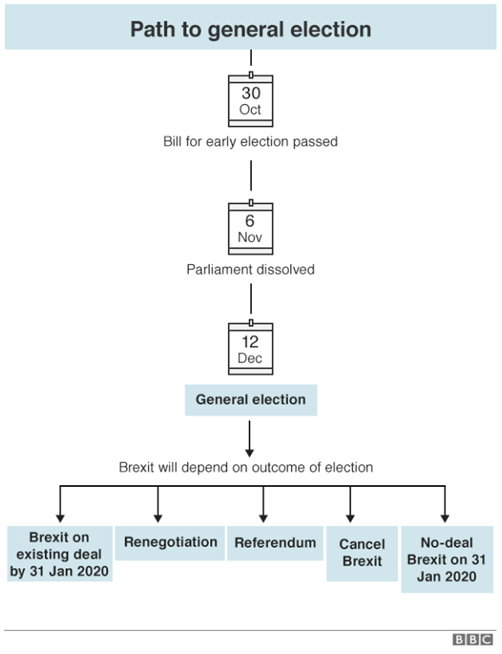 Uncertainty about the divorce has negatively impacted the UK economy. The GFK consumer confidence indicator has been declining alongside industrial production. However, the latter’s slump in performance has in large part had to do with the US-China trade war that has been the leading factor behind what economists are calling an “industrial recession”. Avoiding a no-deal Brexit could help put the economy back on track.

However, it is worth noting that even if the UK is able to secure a Brexit deal which may be followed by a relief rally in the British Pound, it is unclear as to how long Sterling will remain on its high. Following a breakup with its European partner, the UK will find itself in a more protectionist world that is afflicted by geopolitical strife. As a result, it may not be too long until it then retraces its gains and looks at the new reality.

Since October 16, EUR/GBP has been range bound between 0.8597-0.8642, in large part due to the absence of major Brexit developments. This is unlike what we saw in October where EUR/GBP fell over 3.70 percent in less than a week. Looking ahead, the pair may attempt an upside breakout, though the move may be muted by traders waiting for the election results later this year. 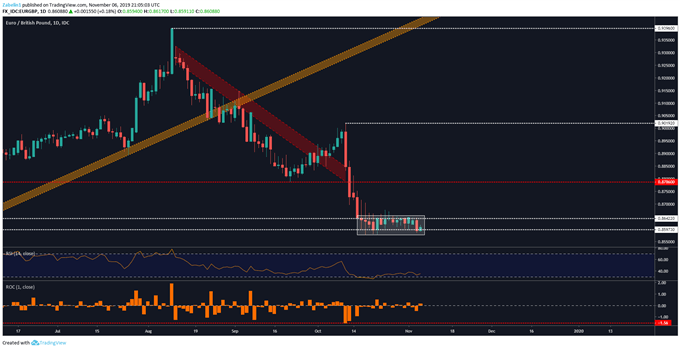 However, GBP/USD has had comparatively more volatile swings relative to EUR/GBP, but this has had more to do with gyrations in the US Dollar than Sterling. The pair appears to be sandwiched between 1.2816-1.3015 but may aim to test the lower bound if the upcoming fundamental risks catalyze a downside-move. 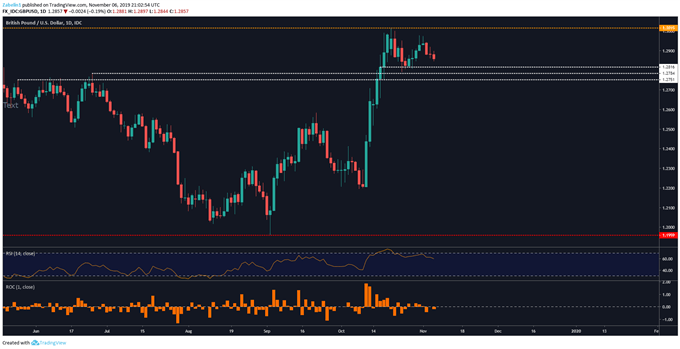