Join me on Wednesdays at 00:00 GMT as I cover what IG Client Sentiment is saying about the prevailing trends in financial markets!

In this week’s session, I took a closer look at how trader positioning has been unraveling amid US-China trade deal hopes. In particular, rising bond yields and a stronger Dollar have recently been weighing on gold prices. Progress towards an eventual signing between the two nations may keep the precious metal under pressure, but can the pro-risk Australian Dollar find support in all of this?

To learn more about using IG Client Sentiment in your own analysis, check out our free trading guide!

At the onset of September, just over 55 percent of traders were net-long gold as prices stalled under 1600. Preceding this was an uptrend that fueled a roughly 23 percent rally in the precious metal from the May low. Since its top, net-long positioning has been on the rise with the latest IG Client Sentiment report recording a 77.17 percent upside bias. During this time, the yellow metal declined about 4.6 percent.

Gold traders are now 28.78 percent and 6.42% more netlong than yesterday and last week respectively. The combination of current sentiment and recent changes gives us a stronger gold-bearish contrarian trading bias. This likely reflects the increasing attractiveness to pick where the precious metal could bottom as prices become relatively cheaper. Prolonging this psychological dynamic could translate into further declines. 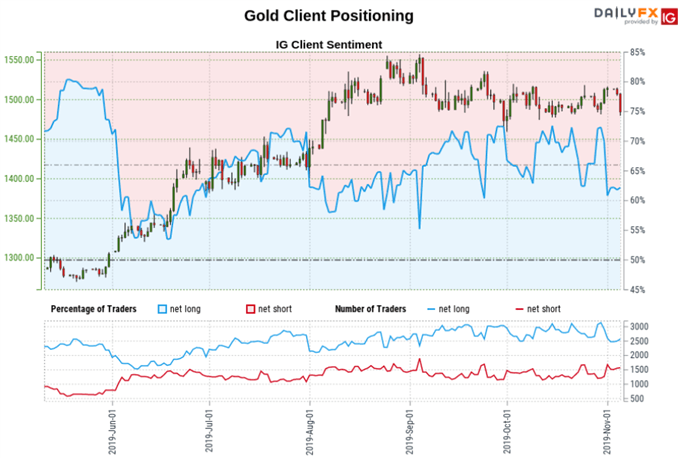 While gold experienced its largest single-day loss on Tuesday in about 6 weeks, it could not breach the key support area between 1480.00 to 1485.40. Near-term resistance is a tight range between 1514.02 to 1519.70. A daily close under the former could open the door to a test of 1459.23 and potential rising support from June. Clearing this key psychological barrier may pave the way for a reversal of the dominant uptrend. 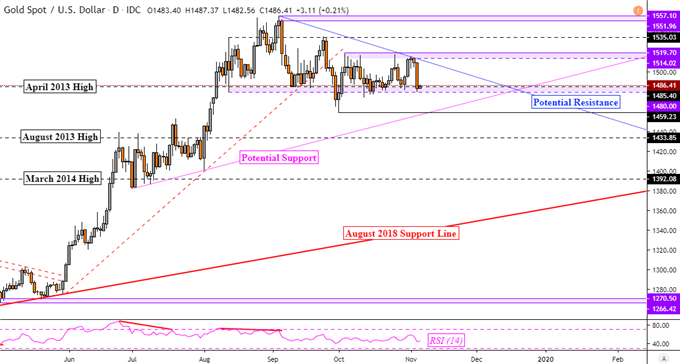 Despite the pickup in risk appetite lately, the sentiment-linked Australian Dollar has been stagnating against the US Dollar. Broadly speaking, the roughly 3.25 percent rise in AUD/USD since October has seen net-long positioning deteriorate according to the latest report. Only about 48.93 percent of traders are net-long the Aussie. This is compared to almost 80% from the beginning of last month.

Yet traders are further net-short than yesterday and compared to last week.The combination of current sentiment and recent changes offers a stronger AUD/USD-bullish contrarian trading bias. This might speak to a resurgence in investors attempting to pick where the currency pair could top. Otherwise, rising net-long bets may pave the way for weakness to come. 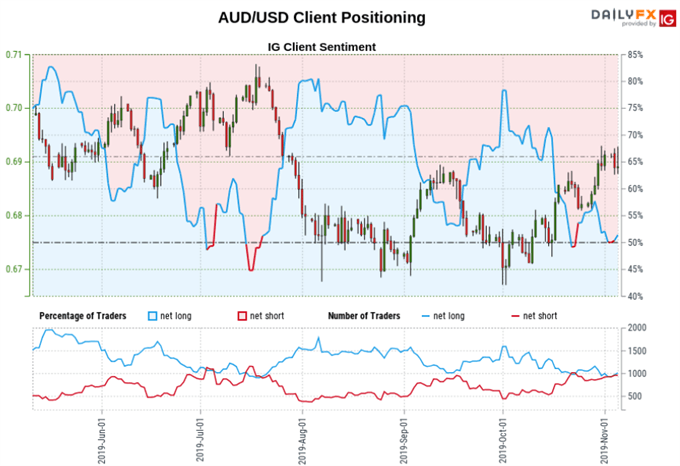 On the daily chart, the Aussie dominant downtrend is still being kept intact thanks to descending resistance from 2018. Trader positioning could push the currency to continue testing this psychological barrier. A confirmatory daily closer above it opens the door to a lasting reversal. Otherwise, a turn lower places the focus on near-term support at 0.6865. 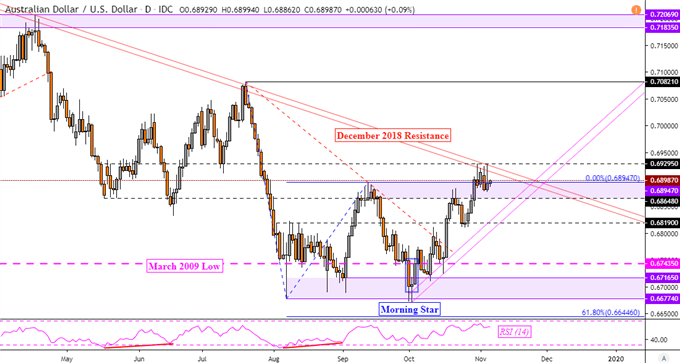 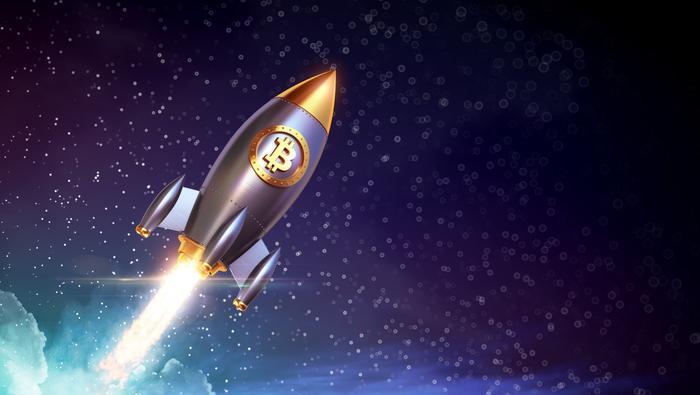