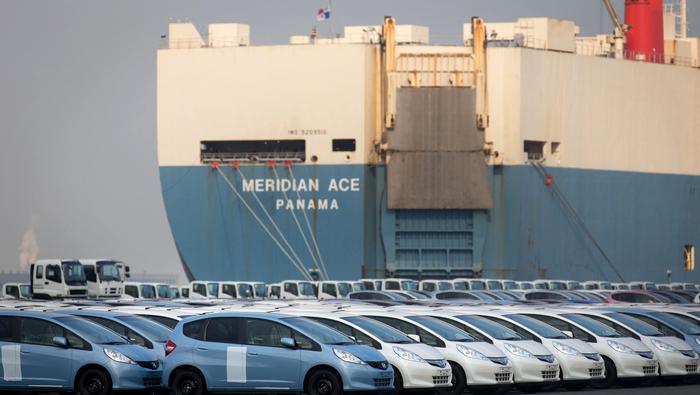 Palladium Vastly Outperformed Gold Prices in 2019. Is it Topping?

Gold prices tend to command a disproportionate share of the headline space, but it is palladium that has vastly outperformed this year among the precious metals. It is up over 38 percent so far in 2019, a figure more than double that of either gold, silver or platinum.

Physical demand looks to have been a driver of gains for some time. The metal is a key input for the making of catalytic converters used in autos to reduce emissions. Its rise over the past decade has played out alongside vehicle exports from China. They now rank fifth among the country’s top commodities sold abroad. 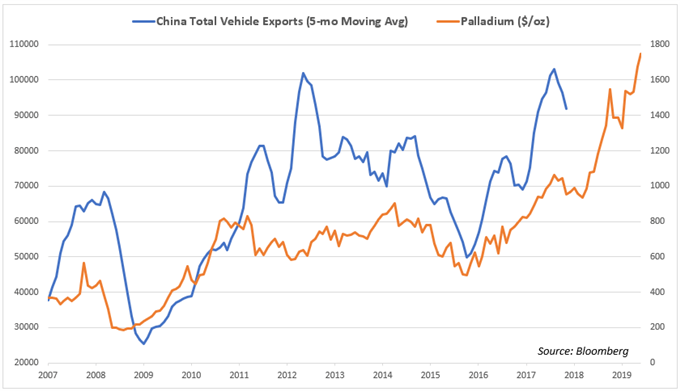 Interestingly, this has continued even as domestic auto sales in China began to slow in the second half of 2016 and started outright shrinking in mid-2018. If external demand were to similarly flounder – amid a global slowdown amplified by a festering US-China trade war, say – palladium may turn lower.

Turning to technical positioning, some very early warning signs might be emerging. Prices pulled back to challenge trend support defining the move upward since early August, with early signs of negative RSI divergence warning that ebbing upside momentum might translate into reversal.

Confirmation of an initial breakdown on a daily close below the 1700.00 figure opens the door to challenge resistance-turned-support in the 1604.50-15.50 area. Pushing further below that might set the stage to challenge a longer-term barrier guiding the advance since August 2018.