Petroleum products are a key link in the global energy supply chain that many countries strongly rely on as a key input in their growth model. The highly-segmented process between extraction and distribution leaves crude oil prices exposed to supply-disruption errors, particularly those related to a most unpredictable factor: weather conditions.

The magnitude of the disruption introduces varying levels of uncertainty about future supply which is then frequently reflected in an adjustment in crude oil prices. Furthermore, “the volatility of oil prices is inherently tied to the low responsiveness or "in elasticity" of both supply and demand to price changes in the short run” according to the EIA. This is in large part due to the limited amount of equipment available to use at the time of the supply shock.

“It [also] takes years to develop new supply sources or vary production, and it is very hard for consumers to switch to other fuels or increase fuel efficiency in the near- term when prices rise. Under such conditions, a large price change can be necessary to re-balance physical supply and demand following a shock to the system.” (EIA)

To simplify, the supply chain for petroleum products is broken down into three broad segments:

Midstream Activities – include refining and distribution through pipelines, sea-borne vessels and trucks

However, at even the most basic level, each of these intervals face significant vulnerabilities to weather-induced disruptions. Imported crude oil transported on seafaring-vessels faces the risk of hurricanes that also frequently cause key coastal ports to close down. Major storms like Hurricane Katrina in 2005 and Hurricane Sandy in 2012 caused significant damage to major crude oil entry ports in New Orleans and New York, respectively.

Oil refineries are also exposed to flooding because they use large amounts of water – between 10-500 gallons per minute – making proximity to a body of water critical. They are mostly clustered around sea ports because not only is this close to a source of water, but it also reduces the amount of time spent transporting crude oil from the ship to the refinery.

Offshore production sites in particular are susceptible to fierce winds and turbulent seas because they are comparatively more exposed to weather-related risks than their counterparts on the mainland. For example, on July 10, crude oil prices were partially buoyed by supply disruption fears from a storm in the Gulf of Mexico. The other contributing factor was inventories shrinking beyond analyst’s estimates.

Several oil rigs were ordered to evacuate all personnel before the tropical storm hit the platforms. This appeared to have caused a notable market reaction. This is not entirely surprising because 17 percent of the US’ crude oil output comes from offshore drilling in the Gulf, which produces approximately 12 million barrels per day. 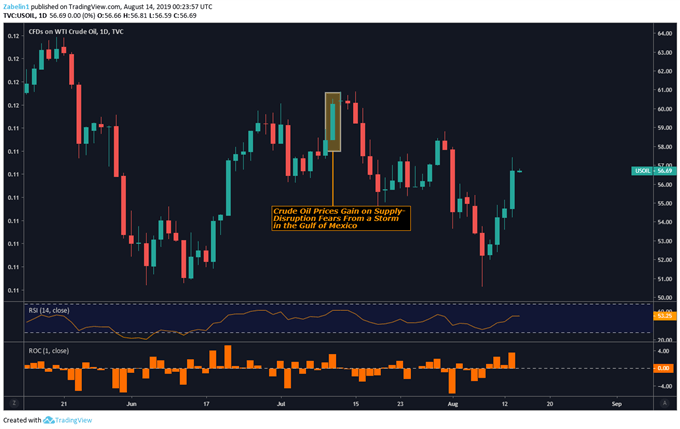 While seismic activity does pose a risk to disrupting oil flowing through pipelines across a given region, its capacity for significantly impacting crude oil prices is relatively small when compared to other risks. Steel pipelines that are buried are fairly resilient to geological shocks, with the biggest concern being lateral spreads like landslides caused by soil liquefaction. Apart from that, geological risks appear to be fairly muted.

Heat Risk: How High Temperature Could Disrupt Distribution of Oil

Many studies have found that excessive heat can produce a negative physiological response in humans, leading to lower productivity and cognitive impairment. The latter is of particular concern to employees working in a dangerous environment – like a refinery – where an error could undermine optimal functionality and even result in damage to equipment and death of personnel.

Using Bloomberg’s excessive heat risk map that spans over a 20-year period shows the coastal lines along the Persian Gulf are most exposed to extreme temperatures. The three biggest oil refineries are also located near the body of water that in recent times has also been a major source of political uncertainty. Research also shows that excessive heat could increase the likelihood of conflict due to the physiological response it elicits. 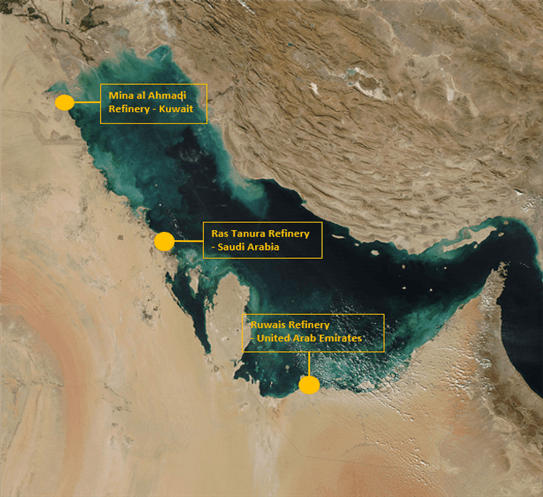 Another factor that may start significantly impact the distribution of petroleum products is increased volatility in weather patterns caused by climate change. A majority of the scientific community has forecasted more violent storms and greater unpredictability. This in turn decreases the reliability of high-tech software due to the unprecedented nature of extreme weather patterns, thereby leaving supply chains at risk of disruption:

“Even with access to several high-end weather forecasting tools and services, changing weather and extreme weather events can increase the risk of an accident” (EPA)

Furthermore, “climate change is projected to increase the frequency and intensity of some extreme weather events”, which means infrastructure that was designed to withstand certain weather conditions may need to be reconstructed. Otherwise, the higher-than-usual volatility in weather patterns could threaten the structural integrity of bridges and roads that are used to transport key materials such as petroleum-based products. 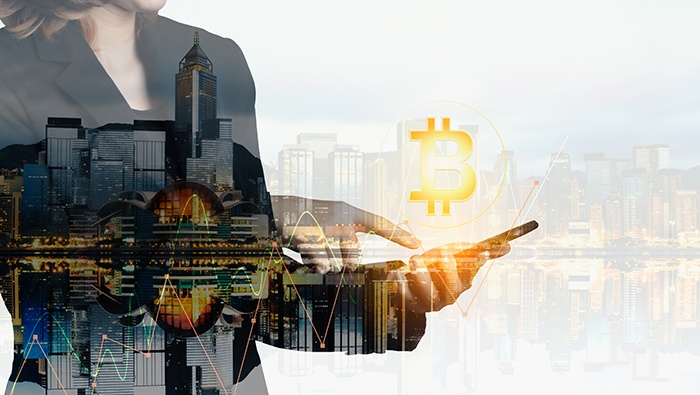