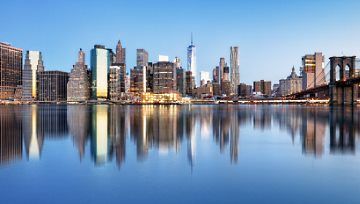 The major stock indices saw a relatively uneventful week of price action as traders awaited crucial rate decisions from both the European Central Bank and the Federal Reserve. Despite the timid atmosphere, the Dow Jones, Nasdaq and S&P 500 were able to approach all-time highs. Not to be outdone, the DAX 30 is in the midst of a nearly parabolic climb and could soon target its own record levels. Meanwhile, the FTSE 100 languished about – comparatively - as Brexit uncertainty continues to keep the equity index in a chokehold.

The Dow Jones Industrial Average tacked on further gains last week as it looks to probe record levels around 27,400. Before it can test all-time highs, however, the DJIA must surmount resistance posed by the trendline from January 2018. While it may not possess the technical influence to stall price in the event of a serious fundamental development, it could look to cap gains on an intraday basis.

Conversely, the Dow will look to horizontal support around 27,000 before turning to the upper bound of the August range at roughly 26,400 in the event of a bearish continuation. The ascending trendline marked by December and June lows may come into play prior, but the degree to which it was disregarded in August calls the level’s technical merit into question.

The DAX 30 has staged an incredible rally in late August and September, climbing over 9% since its August 15 low. With a willing fundamental backdrop, the rally may look to continue but could be due for a brief period of consolidation to allow bulls to catch their breath. That said, support around the 12,200 level could be an initial level to watch in the event of a modest pullback.

On the other hand, if consolidation fails to materialize, resistance to a continuation higher will reside around the 12,460 level – coinciding with prior highs and Friday’s daily close. Secondary resistance may be offered by the ascending trendline from December and June around 12,550.

Although it has enjoyed gains of its own, the FTSE 100 largely lags the Dow Jones and DAX. Nevertheless, the Index climbed modestly last week until it was stalled by Fibonacci resistance on Friday around the 7,368 level. In the week ahead, the Fib level will pose initial resistance before the ascending trendline around 7,470 can be targeted. Support will be marked by the 200-day moving average slightly beneath 7,300 and by the Fibonacci level around 7,200.

Unlike the other indices, the S&P 500 has little resistance between Friday’s trading price and all-time highs around 3,028. Viewed by many as the benchmark for speculative appetite, its presence near record levels bodes well for the other indices that are attempting to establish gains of their own. As bulls look to claim fresh all-time highs, support could look to play a crucial role in keeping the Index afloat in the interim.

How to Trade the S&P 500: Strategies, Tips and Trading Hours

As with many of the other technical landscapes, the ascending trendline from December and June lows will look to offer buoyancy slightly above the 3,000 level where psychological support resides. Subsequent support may be offered by the ascending trendline from August lows and the upper-bound of the recent range in the 2,945 zone. As traders await key fundamental developments scheduled in the week ahead, be sure to follow @PeterHanksFX on Twitter for updates and analysis.