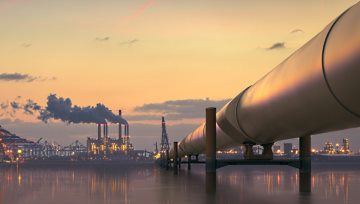 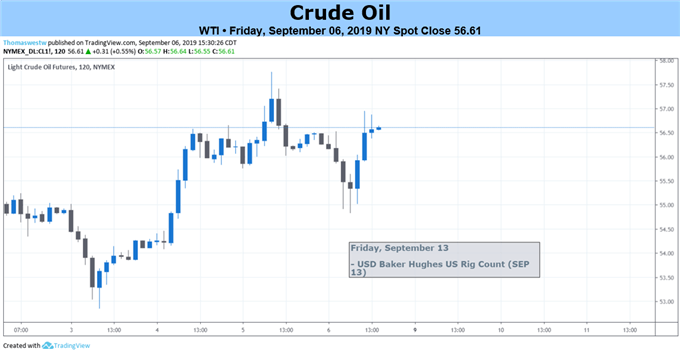 Developments coming out of the World Energy Council may influence crude prices over the coming days as the Organization of the Petroleum Exporting Countries (OPEC) remain committed in balancing the energy market.

Crude prices have recovered the losses from the end of August as US crude inventories contract for the third consecutive week, with stockpiles narrowing 4771K in the week ending August 30.

A deeper look at the report showed gasoline inventories declining 2396K, with stockpiles of distillate fuel also falling 2538K during the same period.

The data suggests energy consumption will remain resilient despite the weakening outlook for global growth, but OPEC and its allies may come under pressure to curb production beyond 2019 as US output sits near the record-high.

US field production of crude has pulled back from a record-high of 12,500K to 12,400K in the week ending August 30, but the upward trajectory may continue to drag on energy prices as the US and China, the two largest consumers of oil, struggle to reach a trade deal.

It remains to be seen if a resolution will be reached in 2019 as China Vice Premier Liu He plans to visit the US in October, but little evidence of a looming trade deal may produce headwinds for crude as OPEC’s most recent Monthly Oil Market Report (MOMR) warns of lower consumption “due to weaker-than-expected oil demand data from OECD Americas, Other Asia and the Middle East.”

With that said, OPEC and its allies may reinforce their commitment to the ‘Declaration of Cooperation’ as Secretary GeneralMohammad Sanusi Barkindo and Russia Energy Minister Alexander Novak are scheduled to speak at the World Energy Council Congress, but crude prices may consolidate ahead of the event amid the failed attempt to test the August-high ($57.99).

Keep in mind, the broader outlook for crude oil remains tilted to the downside both price and the Relative Strength Index (RSI) track the bearish trends from earlier this year.

Another bearish crossover may take shape amid the lack of momentum to test the August-high ($57.99), with crude oil at risk of facing range-bound conditions following the failed attempt to close above the $57.40(61.8% retracement) pivot.