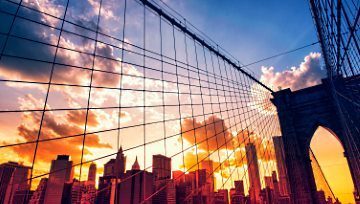 As traders return to their desks after the long Labor Day weekend, volume and volatility may return in tandem. Although this past August enjoyed an abundance of volatility, historical performance suggests the conditions were anomalous and not akin to historical summer months on average. Fundamental developments and prolonged geopolitical uncertainty were largely to blame and few of those themes have been resolved come September. Consequently, trading conditions may see market participants express greater conviction regardless of direction. 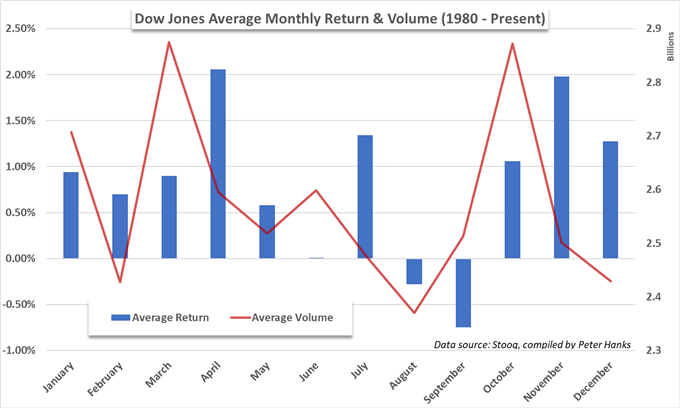 That said, the Dow Jones may have a difficult path ahead despite the greater liquidity behind it. Historical performance since 1980 reveals that September is bearish on average for the Industrial Average with an average monthly return of -0.75%. Last month’s -1.7% return has also pushed August into negative territory on an average monthly basis, but not to the degree of September. While September is typically followed by strong performances in the final three months of the year, the DJIA’s spike in volume is equally important and is usually accompanied by an increase in volatility. 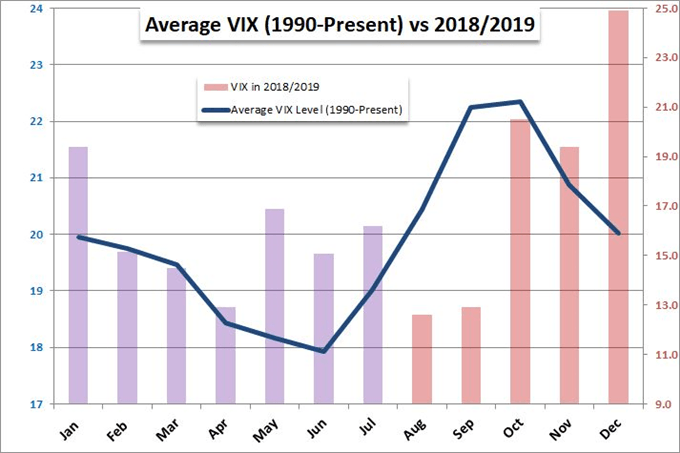 Looking to the chart above, historical data reveals August and September are typically the months in which the VIX begins its ascent before topping out in October alongside volume. To be sure, the fundamental themes the market had to weather in August are far from resolved as the final third of the year begins. In fact, it could be argued the stakes are higher with an impending Brexit deadline and expanded US-China trade war.

To that end, US and Chinese officials have expressed an inability to agree on a date for their upcoming meeting. The lack of consensus on seemingly the simplest of matters in the process does not inspire confidence for eventual negotiations regarding economic practices that could have global and long-lasting effects – but markets remain optimistic.

If that optimism begins to fade – as it often has in the past – the increased volume could see the Dow Jones elicit deeper moves and break its recent range from 25,337 to 26,515. The eventual breakout, whether higher or lower, will be closely aligned with the ongoing trade war, looming recession risk and Federal Reserve rate cut bets. Until a concrete development is delivered on one of these themes, traders may be hesitant to place their bets. However, once such spark arrives, the corresponding move will enjoy greater potential to be met with widespread conviction given the trading conditions.

As it stands, August’s negative return is a testament to the concern amongst traders for the future. With little tangible progress, the headwinds may continue to pressure the Dow Jones in the near-future. While the market awaits a fundamental catalyst, follow @PeterHanksFX on Twitter for updates and technical analysis.

Read more: US-China Trade War: The Economies Most at Risk From US Tariffs