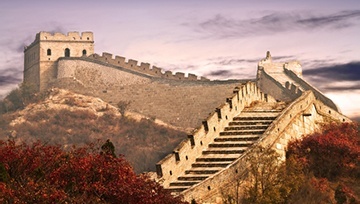 US-China Trade War: The Economies Most at Risk From US Tariffs

The US trade dispute with China is a regular focus for the markets, with investors moving into safe havens like US Treasuries and German Bunds, gold, the Japanese Yen and the Swiss Franc when tensions are high. Conversely, when there’s a lull, they tend to favor “risk on” assets such as stocks and the Australian Dollar.

However, the US has also been in trade disputes with many other countries and blocs such as Canada, Mexico and the European Union. After President Donald Trump said he will rewrite or exit the North American Free Trade Agreement (NAFTA), there were tortuous negotiations to replace it with the US-Mexico-Canada Agreement (USMCA). The US dispute with the EU continues to bubble under the surface.

Find out more here about the US-China trade war and past events: A Brief History of Trade Wars

How will the trade war and US tariffs impact the global economy?

To understand which countries would be hurt most by higher tariffs raised by the US authorities on foreign imports, it is necessary to look at the trade figures from the US Census Bureau.

As the statistics show, the top 10 includes China, Canada, Mexico and four EU countries: Germany, the UK, France and Italy. It is no surprise, therefore, that these have all been targeted by the US. However, not all would suffer equally. To determine which would bear the brunt, it is necessary to evaluate which country holds the largest trade surplus with the US (deficit from the larger country’s perspective).

This suggests that China, Canada, Mexico and three EU countries: Germany, Ireland and Italy are among those most at risk. Whether increased tariffs would hit their currencies, including the Canadian Dollar, the Mexican Peso and the Euro, is debatable but certainly a possibility.

Note that the US and Japan are discussing trade too; reportedly working on a deal involving agriculture and autos that could be agreed by Trump and Japanese Prime Minister Shinzo Abe when they meet in New York in September.

On the other hand, those least at risk are those against which the US holds the largest trade surpluses. Arguably, their currencies would benefit from a breakdown in trade relations with the US and these include the Australian Dollar and the British Pound.

These data are only approximate; for example China, which calculates its figures differently, reckons its trade surplus with the US in 2018 was $323.3 billion rather than the $419.2 billion US Census Bureau figure. However, the statistics still show that China has far more to lose from a trade dispute with the US than, for instance, Australia.

Moreover, many economists argue that restrictions on global trade damage economic growth and would therefore likely harm stock markets and increase the pressure on central banks to ease their monetary policies. That would quite possibly hit their currencies, while the prices of commodities such as copper and iron ore, used widely in industry, would likely suffer too.

75 Years Later, the Lessons of Bretton Woods Have Been Forgotten