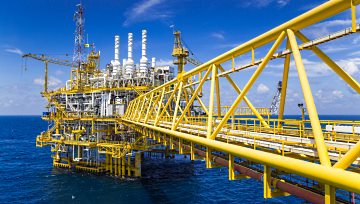 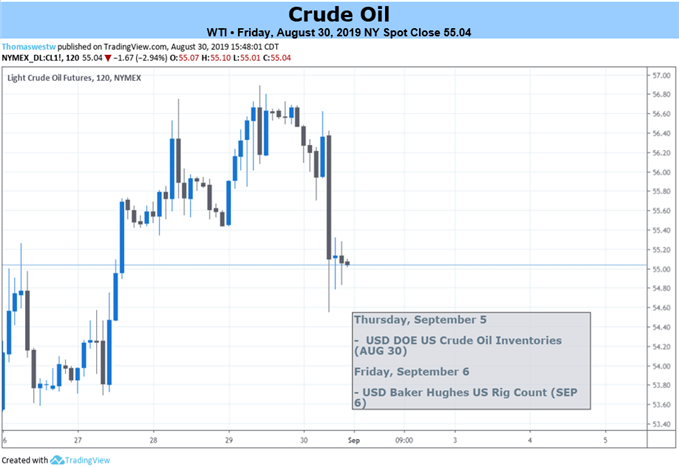 Get our free guide to help build confidence in your crude oil trading strategy!

Tellingly, prolonging an OPEC-led coordinated output cut scheme has failed to break the medium-term downtrend. Worries about supply disruption in the critical Strait of Hormuz amid sporadic sparring between the US and Iran have likewise failed to generate lasting gains.

The week ahead is replete with opportunities to remind investors of the gathering headwinds. Policy announcements from the RBA and the Bank of Canada will almost certainly bemoan slowing growth, singling out trade tensions as a particularly insidious catalyst.

On the data front, PMI and ISM surveys will probably make for grim reading. They will offer between them a timely view of economic activity trends in China, the Eurozone, the UK and the US. Australian GDP data is also due, with baseline forecasts envisioning a slowdown.

Finally, the closely-watched US jobs report is expected to show hiring picked up while the unemployment rate held steady near 50-year lows in August. Somewhat counterintuitively, such news is likely to hurt sentiment against the current backdrop in that it might discourage aggressive Fed stimulus expansion.

In all, this seems to mean that crude oil’s grinding four-month downtrend is likely to continue. Bursts of upward momentum may emerge as markets react to any Tweetstorms from Washington and the inevitable retorts to them from Beijing or Tehran, but such spikes have yet to find follow-through.