The three major US equity indices have etched out a tight trading range in August as persistent uncertainty looks to threaten both bears and bulls alike. Friday trading has seen the Dow Jones approach the upper bound of its range, helping to solidify a solid week of gains for the Industrial Average. Nevertheless, capital flows in and out of various exchange traded funds highlight the deadlock between bulls and bears. Thus, the conviction and confidence behind the Dow’s nearly 3% gain for the week may not be as convincing as it appears on the surface. 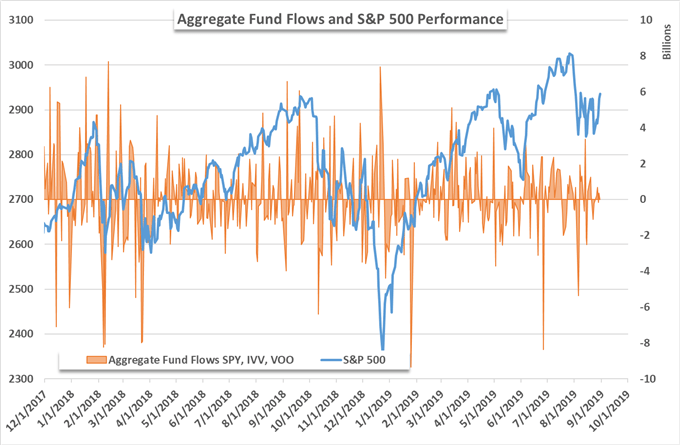 For the week, the SPY, IVV and VOO ETFs - which closely track the S&P 500 – notched approximately $1 billion in inflows, bringing the monthly total to a net outflow of nearly -$5 billion. Excluding the initial drop and tracking from August 5 to August 30 when the S&P 500 was rangebound, the flows are just $270 million – a drop in the bucket for the funds with nearly $550 billion in cumulative assets under management. Although the broad market fund flows are less than encouraging for bulls, a moderate uptick in demand for HYG and JNK suggests some investors are willing to accept greater risk or complacently stretching for yield. 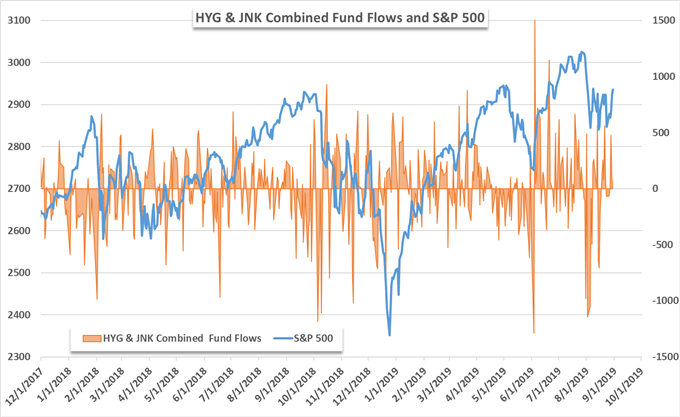 The two funds that offer exposure to high-yield corporate debt, effectively junk bonds, registered $530 million in net inflows during the week, compared to their collective $26 billion in assets under management. Although small cap stocks, via the Russell 2000, are on the precipice of a technical breakdown, and the large-cap US indices near technical resistance, there is some indication bulls may continue to push stocks higher next week. That said, a long weekend and holiday hours create conditions ripe for volatility and market-rattling Tweets but IG Client Sentiment data reveals retail traders remain overwhelmingly net-short. 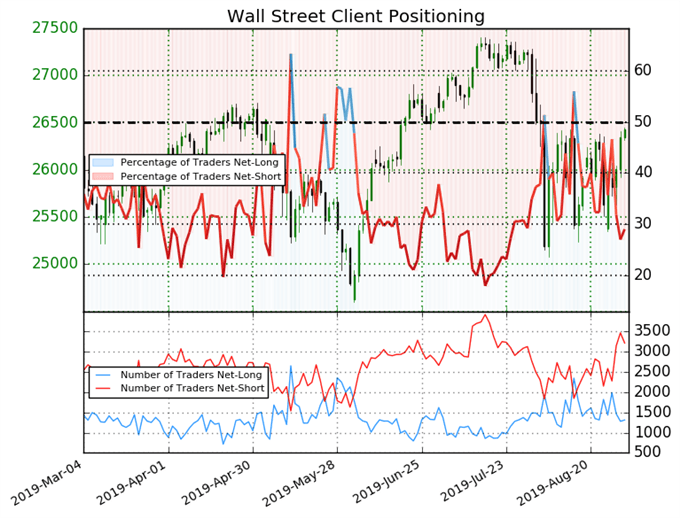 We typically take a contrarian view to crowd sentiment, and the fact traders are net-short suggests Wall Street prices may continue to rise. Traders are further net-short than Thursday and last week, and the combination of current sentiment and recent changes gives us a stronger bullish contrarian trading bias for the Dow Jones.

Read more:US-China Trade War: The Economies Most at Risk From US Tariffs