As of August 2019, there is in excess of USD 16 trillion of negative yielding government debt (bonds) trading in the market, a new record. In practical terms this means that if an investor bought any of this government debt – or essentially lent money to the government issuing the debt - and held it to until the bond matures, they would guarantee themselves a loss. So why are these bonds trading with a negative yield, why are investors continuing to buy them and what are these negative yields telling us?

What are Government Bonds? – A Quick Primer 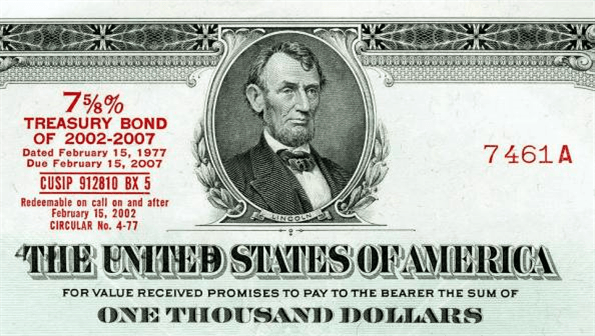 A government bond is a debt-based financial instrument sold by a government to investors. These investors will receive a regular coupon (interest) over a set period of time before the government gives you back your original investment (principal) when the life of the bond comes to an end (maturity date).

In normal times, bond investors demand a return on their money. From the funds they lend to governments, the maturity of a bond – the longer the maturity the more return (interest) is required – the credit quality of the bond, and the country’s underlying monetary background are all taken into account. However, with in excess of $16 billion of global government bonds trading with a negative yield and this may likely increase over the coming months.

Why Are Government Bond Yields Negative?

Bond yields turn negative when the price that an investor buys them for, including interest payments, is less than the investor will receive back when the bond matures. While it seems illogical to buy an asset with a guaranteed loss attached to it, there are many reasons why investors continue to buy these bonds. 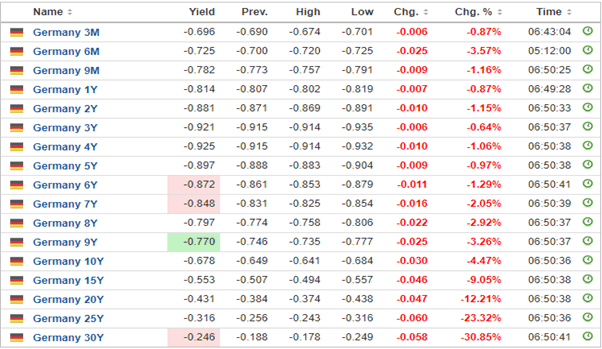 The Global Financial Crisis (GFC) of 2008 has been likened to the Great Depression of the 1930s. Governments across the world had to shore up their embattled economies by a massive injection of liquidity via bank bailouts, fiscal stimulus and ultra-loose monetary policy.

While these infusions had varying results over the last decade, an era of cheap money was ushered in, through cuts to benchmark rates to near-zero levels and quantitative easing. To help boost growth and inflation, central banks would buy up unprecedented amounts of government bonds and other securities to increase themoney supply and in turn prompt lending.

The United States, Japan, Switzerland, Sweden, the United Kingdom and the Eurozone, bought up Trillions of US dollars’ worth of their own government bonds in an attempt to kick-start their economies to stave off recession and deflation.

Quantitative Easing (QE) Explained: All You Need to Know

What Are These Negative Yields Telling Us? 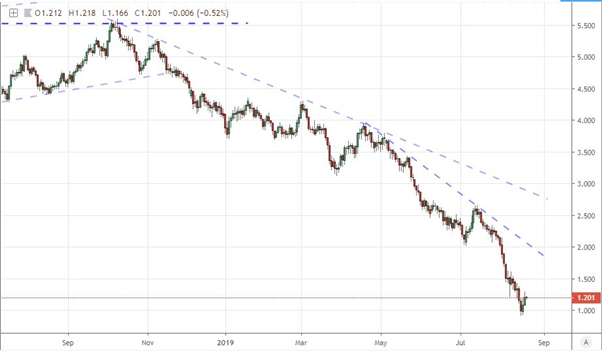 In short, past monetary policy measures have not worked and presumably the global economy needs another re-boot to prevent it falling into recession. Negative bond yields indicate that markets and investors expect lower interest rates for a longer time and highlight investors are prepared to pay for the privilege of holding government guaranteed debt, despite losing money.

The current trade war between the US and China, the two largest markets in the world, has crimped trade between the two via tariffs, which has also had a knock-on effect globally. The US sparked the new round of trade tariffs to counterbalance the huge trade imbalance with China at the beginning of August. In 2018, China’s trade surplus with the US was just over $323 billion, its highest in over a decade. The US blames China for keeping the Yuan artificially low, making its exports cheaper, and US President Donald Trump is now said to have Europe in its sights next, sparking fears of a larger, prolonged, global slowdown.

President Trump is trying to erase this trade surplus by weakening the US dollar, via interest rate cuts, making it more competitive in global markets. However, this is the remit of the Federal Reserve, who as an independent central bank will only shift interest rates if the underlying economy is slowing down and/or if inflation is below target.

Another way of pushing interest rates lower and boosting the economy is by using quantitative easing programs. This is currently seen as the best way of injecting money into the economy, although their top-down approach has yet to prove successful. With a ‘guaranteed buyer in the market’ the bond market supply and demand dynamic shifts, driving prices up and yields down. And with traditional bond investors required to regularly buy substantial amounts of bonds, sellers can continue to force bond prices higher and yields lower. In turn, the less yield that becomes available, the more cash-rich investors will look at riskier assets - longer-dated or lower-rated bonds, equities etc – to make a return on their investment.

Consequently, the more financial markets become inflated by this tsunami of QE cash, the more the spectre of a major market crash heaves into view, threatening long-term economic damage.

A Brief History of Major Financial Bubbles, Crises, and Flash-Crashes.

As it stands, there are perfect economic reasons for bonds to sport negative yields, and the situation is unlikely to change for some time.

Global trade wars are disrupting economic activity, economies across the globe are entering - or are at the very least on the cusp of - recession, while fears that financial markets are setting themselves up for a severe shakeout due to the tidal wave of free money are forcing investors into government bonds, whatever the cost. In addition, inflation remains persistently low across the globe - and financial markets expect this to reman the case for the years ahead.

To break out of this negative loop, central bank will need to take new, perhaps extraordinary measures to break the current downward spiral and reinvigorate growth and inflation. Until then, government bonds will remain heavily in demand, whatever they cost.