The Norwegian Krone may be in for a turbulent week. In addition to the release of local GDP data, the oil-linked currency will also be closely watching the publication of a critical report by OPEC which is expected to include demand forecasts. Tensions in Iran continue to mount and could buoy crude oil prices if it stirs supply-disruption fears. EU data may also add to volatility if reports show greater regional fragility.

Despite losing over seven percent since Q2, crude oil prices have been sporadically buoyed by supply-disruption fears over growing tension between Iran and the US. The last few weeks saw multiple tankers be attacked and was shortly followed by a downed US drone. The source of tension between Tehran and Washington has been escalating as the latter continues to pressure the former to redesign its nuclear program. 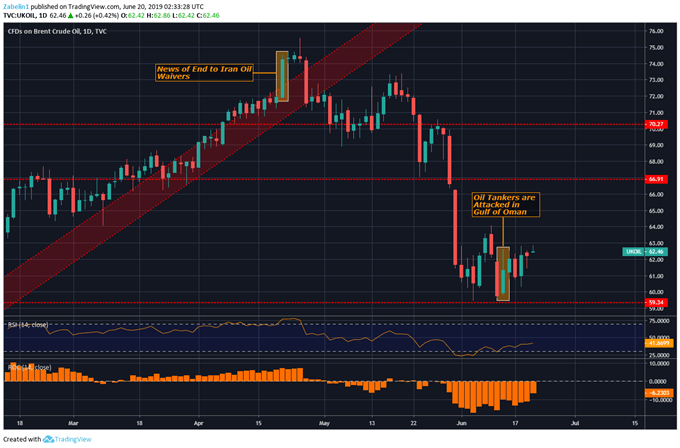 On July 8, the International Atomic Energy Agency found that Iran has breached the 2015 nuclear accord and is now enriching uranium past the 3.67 percent limit. This may agitate Washington further and could lead to an aggressive response by the US. This also puts the EU into a tight spot because it was trying to provide an economic stimulus to Iran through implementing a non-US Dollar trading mechanism known as INSTEX.

Be sure to follow on me on Twitter @ZabelinDimitri to stay up to date on key geopolitical events!

On July 11, OPEC will be publishing its Monthly Oil Market Report (MOMR). The report will provide key insight on factors affecting the market and will outline demand forecasts. This comes shortly after OPEC’s meeting on July 2 where members agreed to extend January’s oil cuts in an effort to boost Brent as the global economy continues to slow. However, internal political wrangling could spell trouble in the coming months.

As Norway’s primary destination for exports – approximately 80 percent – what happens in Europe is of great concern to the Nordic economies. Upcoming UK GDP may show weakness as the economy continues to underperform relative to economists’ expectations. It is unclear, however, how much it will impact the Bank of England, considering they are catering their policy to the outcome of Brexit.

Industrial production in France, the UK and Italy may warrant traders’ attention as the continent continues to show weakness. Christine Lagarde, the newly nominated President of the ECB, is expected to follow in her predecessors’ footsteps and continue to provide the necessary stimulus to the European economy. The former central bank chief Mario Draghi at a meeting in Portugal alluded to possible rate cuts and QE in the future.

On July 10, Fed Chairman Jerome Powell will be testifying in front of the House Financial Services Committee, speaking on the topics of monetary policy and the outlook for the US economy. Since February, economic data has been tending to underperform relative to economists’ expectations along with overall slower price growth. 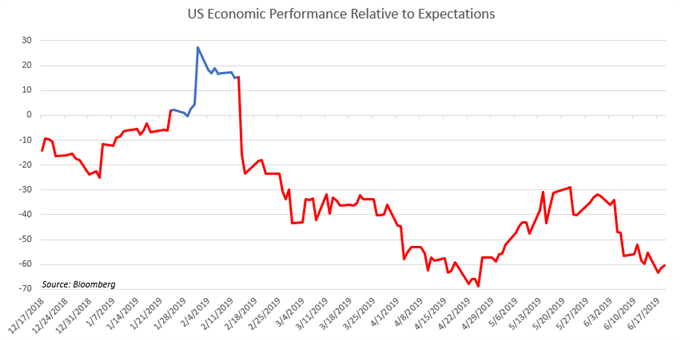 On the same day, the Fed meeting minutes will be published and will likely be the main event risk for the week – barring any major market-disrupting developments. The most recent meeting struck a cautiously neutral tone as more policymakers had developed dovish inclinations. While the US-China trade war truce has buoyed markets and remove some of the fundamental risk, it will not likely be enough to revitalize growth. 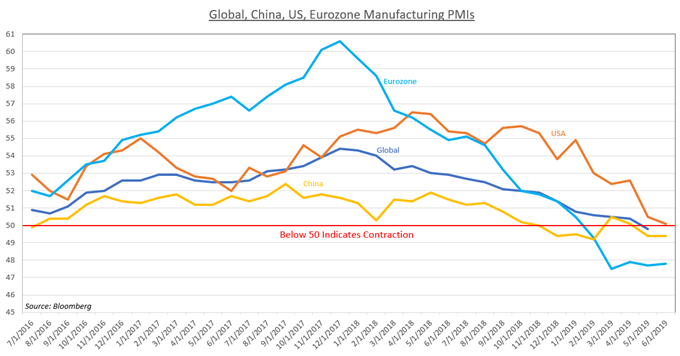 In addition to the external threats outlined above, the Swedish Krona will be keenly eyeing CPI data and the release of the Riksbank’s minutes from last week’s policy meeting. Sweden’s outward-facing economy faces many of the same risks as the Krone. Officials at the Swedish central bank have been growing increasingly concerned with political risk out of Europe, citing Italy’s debt bubble and the ongoing Brexit negotiations.

Learn how to trade the impact of politics on markets!

Besides the release of Norwegian GDP data on July 9, CPI will also be published on July 10. At the last policy meeting, the Norges Bank said that it will most likely raise rates again this year, though officials recognized fundamental risks still remain. Norway’s petroleum-based economy is exposed to changes in global sentiment in part due to the fickle nature of crude oil prices that tend to violently oscillate in uncertain times.