This week saw the Federal Reserve confirm its U-Turn in monetary policy having provided an easing bias in an attempt to sustain the expansion. Consequently, US equities rallied with the S&P 500 printing a fresh record high, while Gold prices surged to break $1400 and bond yields continued its declines. With Fed Fund futures pricing in 30bps of easing by the July, the Fed look set to cut interest rates at the next meeting.

Typically, Federal Reserve easing and in particular “insurance” rate cuts tend to bode well for the S&P 500 “initially” amid the inflow of easy money and a fresh injection of liquidity. As such, while the rise in equity markets may look a little unconvincing, the prospect of an easing cycle from the Federal Reserve may not provide a good opportunity for a sizeable pullback in risk assets just yet. 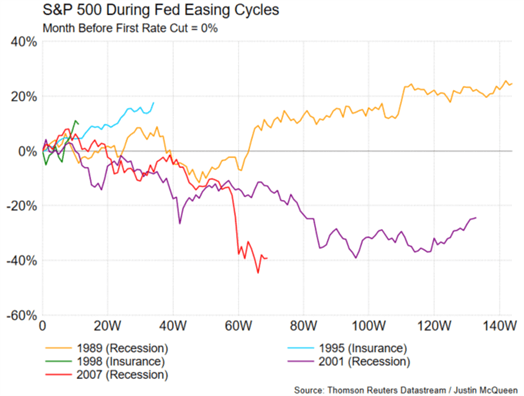 As we look towards next weeks G20 summit, we get the feeling of déjà vu. Last November, the talks between President Trump and Xi dominated the headlines at the G20 Summit in Argentina, shortly after both parties agreed a deal to suspend new tariffs. While history doesn’t repeat itself, it often rhymes and thus we expect a similar outcome next week. As such, while this may boost sentiment, it does not detract from the fact that tariffs remain and as long as they do, companies feel the pressure.

Having posted fresh record highs, there is a potential for a bit of consolidation, thus increasing the likelihood of a marginal pullback with the RSI not in overbought territory. Alongside this, a slight negative divergence also supports the case for a dip.