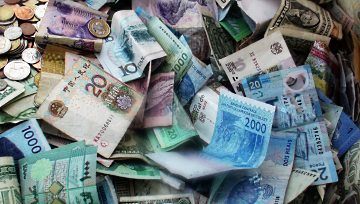 NORWEGIAN KRONE EXPECTED TO BE MOST VOLATILE G10 CURRENCY

The Norwegian Krone will be closely eyeing how crude oil prices react to the FOMC rate decision. Overnight index swaps are pricing in a 17 percent probability of a cut, though this jumps to a staggering 85 percent expectation for the July meeting. Market participants will be eagerly waiting for commentary from Fed Chairman Jerome Powell and will be keenly tuning in to pick up on any subtle hints on his outlook for policy.

US data has been broadly underperforming relative to economists’ expectations with the most recent US CPI publications falling in line with this trend. The Fed’s neutrality may be offset by the underwhelming data, especially after Powell said that the temporary lull in inflation was “transitory”. Meaning, if price growth shows adequate momentum, the possibility of a hike could increase.

Commentary from officials will be key, especially since the Fed is largely expected to hold rates. A more dovish outlook could help lift equities on the prospect of cheaper credit at the expense of the US Dollar. A pessimistic outlook could also trigger the Greenback’s attraction as an anti-risk asset and send investors flocking to US Treasuries if the outlook for growth is significantly more sour than before.

As outlined in my weekly forecast, crude oil is very sensitive to changes in global sentiment. It frequently moves in tandem with the S&P 500 and may end up mirroring the index’s reaction to the Fed’s commentary. However, it is important to remember: correlation does not equal causation.

Given the central bank’s hawkish disposition at previous meetings, the Norges Bank will likely raise rates this week, though their outlook for future hikes may be more cautious now than before. As a petroleum-based economy with a strong reliance on European demand, waning growth out of the EU along with overall global deceleration is expected to make an appearance in official commentary and as a reason for a possible delay.

Apart from the rate decision, the Norwegian Krone will be eyeing external event risks as a catalyst for price movement. Rising geopolitical concerns out of Iran may buoy crude oil prices on the basis of supply shock fears and could end up carrying NOK with it. However, the long-term outlook for both suggests prevailing risk aversion will push these cycle-sensitive assets lower while the anti-risk US Dollar will emerge triumphant. 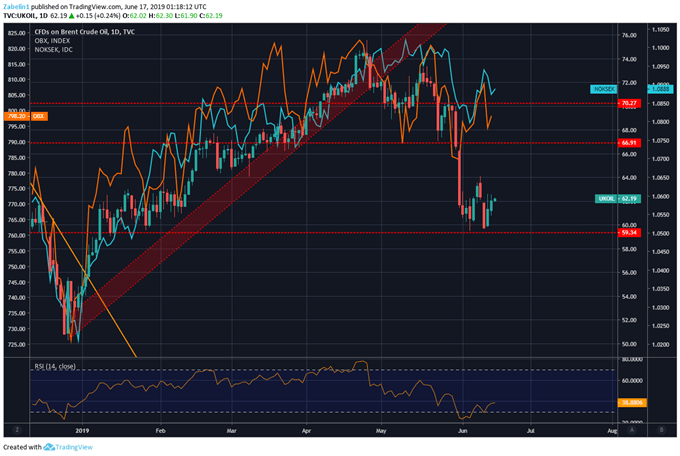 The Swedish Krona will also be eyeing similar external event risk – e.g. trade wars and the FOMC – though local economic data may capture SEK’s attention as well. A slew of publications will be released on June 19, with expectations that manufacturing confidence will show weakness along with sentiment surveys. Local housing data may also garner more attention in light of rising concerns about systemic financial risks. 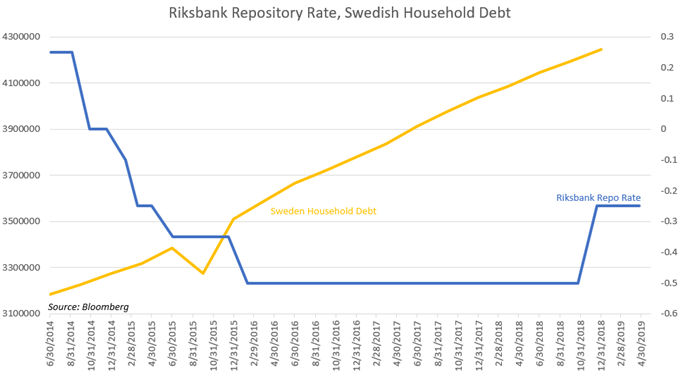 Local unemployment data will also be a key indicator to monitor along with a speech by Riksbank Deputy Governor Martin Floden. The central bank has grown increasingly frustrated that inflation as it continues to remain below target while rates continue to swim in negative territory against the backdrop of a slowing global economy. A bigger concern now is if a crisis comes, how will the central bank counter the downturn?