Global growth fears were exacerbated on Wednesday when the World Bank sliced their global GDP forecast to 2.6% from 2.9% in January. Not to be outdone, the IMF warned of a potential -0.5% cut to its 2020 forecast – from 3.6% to 3.1%. The World Bank cited slowing global trade, waning business confidence and subdued investment in emerging and developing economies while IMF Managing Director Christine Lagarde urged parties to avoid “self-inflicted wounds.”

Regarding slipping investment, World Bank President David Malpass said, “this is worrisome because subdued investment weakens the foundations for sustained growth,” a sign the headwinds of today could weigh on the global economy well into the future. 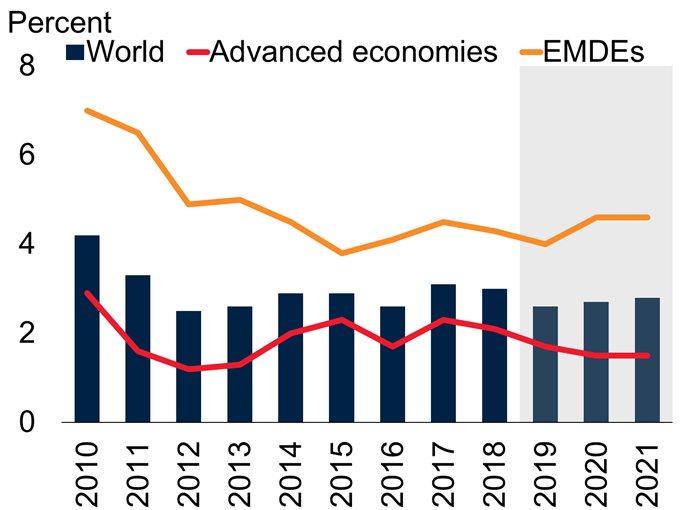 On a single-country basis, the United States is expected to slow from 2.5% from 2.9% in 2018 and China to 6.2% from 6.6%. While global leaders like the United States and China are showing initial signs of slowing, emerging markets like South Africa have already offered some of their worst growth figures in years.

Further, the World Bank found that each of the six major global regions saw their growth prospects slip in the first half of the year – reflecting the global implications brought about by a trade spat between the world’s largest economies. 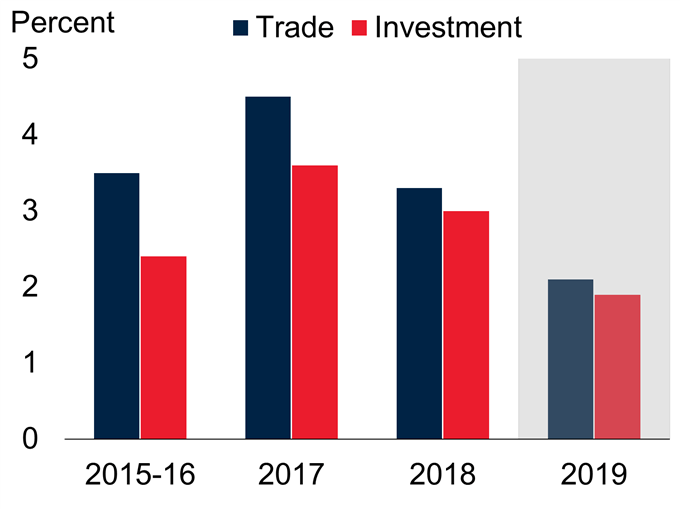 To that end, it is worth noting the report does not include the projected effects of the next round of US tariffs on China – which the former threatened to increase to 25% on $300 billion of goods or the US tariff threat to Mexico. Both escalations could take place as soon as this month, as optimists hold out hope for a Trump-Xi meeting at the G20 Summit in Osaka Japan at month’s end, but damage has already been dealt.

Gross Domestic Product is one of – if not the most – widely watched economic data piece in the market today. As the total measure of all final goods and services produced inside of a country during a specified period, GDP is a proxy to the supply and demand outlook for an economy – affecting everything from crude oil prices to unemployment rates.

Interested in outlooks for the longer-term? Check out our Quarterly Forecasts for a variety of assets.

Most countries use an expenditure approach to measure their GDP, which consists of recording the country’s private and public consumption, public investments, government expenditures and net exports which is calculated by subtracting imports from exports.

Countries release their GDP report on a quarterly basis, usually through a government agency like the US Bureau of Economic Analysis (BEA), although some countries release monthly figures as well. GDP growth in countries is typically either driven by consumers like the United States or in China’s case, by exports.

On the other hand, export-growth driven countries are largely developing nations that rely on manufacturing and agriculture. Both the United States and China saw a contraction in manufacturing data with their most recent release. 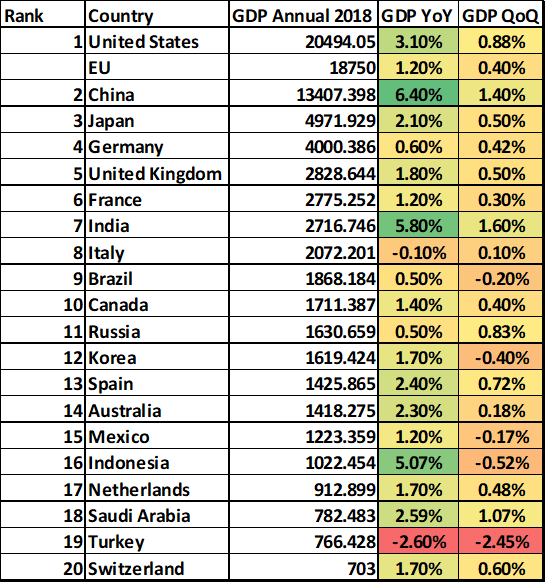 The United States has long been the world’s economic powerhouse - holding the number one spot on a GDP basis since the late 1800’s. That said, China’s economy is making a comeback in recent decades as the government has shifted towards a more market-based economy and has been largely successful with taking the number two spot behind the United States. 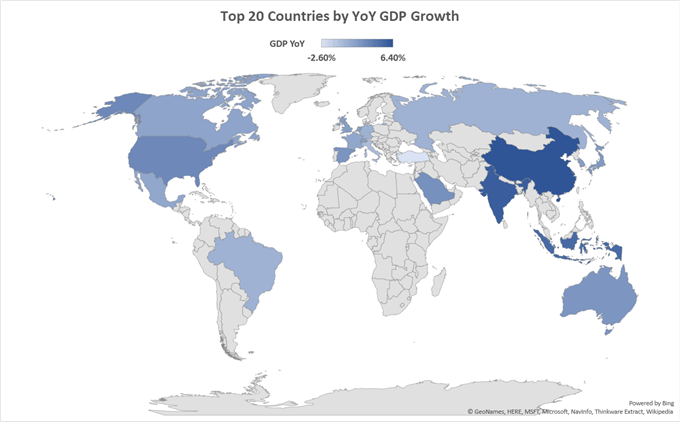 The economic transition and rapid industrialization have seen China boast some of the quickest year-over-year growth rates in recent years, but a cyclical slowdown coinciding with a flare-up in economic tensions threatens the trend, but opportunities remain.

At the Fed’s Chicago summit, Fed Governor Brainard said “the US economy, generally, is in the midst of a very lengthy expansion, the US consumer remains confident, but trade policy is definitely a downside risk.” Highlighting the weight brought about by the trade wars, Brainard continued, saying “we’ll be prepared to adjust policy to sustain the expansion.” While Fed officials have ruled out the possibility of hiking rates to curb trade-related inflation, the door is seemingly wide open for rate cuts should the headwind continue to pressure the domestic economy. 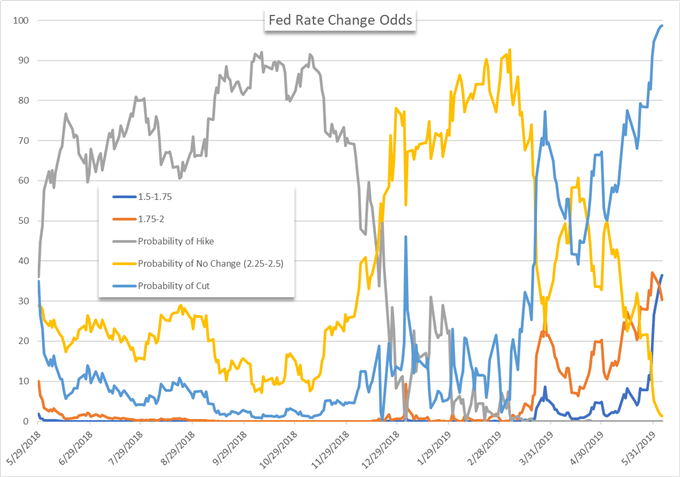 Consequently, the odds of a rate cut by December’s Fed meeting have soared. If the market’s prognosis is correct, the Fed will intervene to help bolster the state of the US – and thereby global – economy. Monetary policy makers will gain more insight this weekend with world finance leaders slated to convene in Japan.