Stocks and Oil Prices Fall as Demand Rises for US Treasuries

A move away from stocks and other risky assets is strengthening as traders worry that the US-China trade war is already hitting global growth and could lead eventually to a worldwide recession. That is hitting oil prices too, as concerns grow that an economic slowdown could reduce demand.

As a result, haven assets such as US Treasuries and German Bunds are attracting buyers, while talk is spreading that the Federal Reserve could cut US interest rates to boost its economy.

In the Treasury market, the yield curve has again inverted – regarded by some as an early signal of recession – with the yield on three-year debt above the yield on 10-year notes, which has hit its lowest since September 2017. 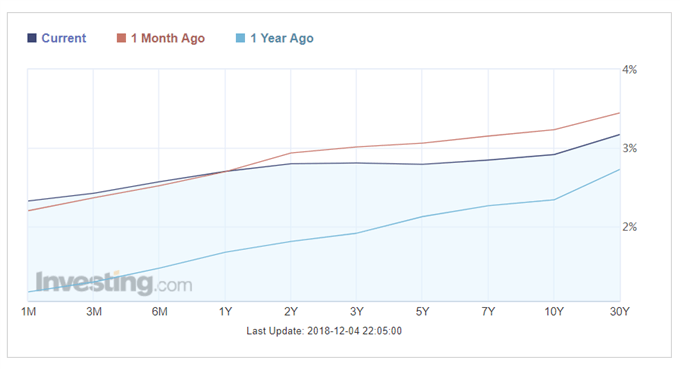 Against this background, talk of another rate cut by the US Federal Reserve is spreading, with the CME FedWatch Tool suggesting that a quarter-point reduction is more likely by the Fed’s meeting on September 18 than an unchanged 2.25%-2.50%. 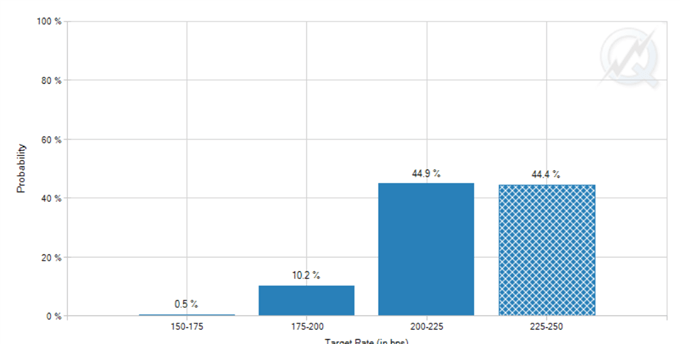 By contrast, stock markets are weakening, with the FTSE 100 in London, the DAX in Frankfurt and the CAC 40 in Paris all down by between 1.0% and 1.50% by mid-morning Wednesday in Europe. The US crude oil price is sliding too on concern that demand will dry up even if output is cut by the major producers.

Will the Stock Markets Crash in 2019? 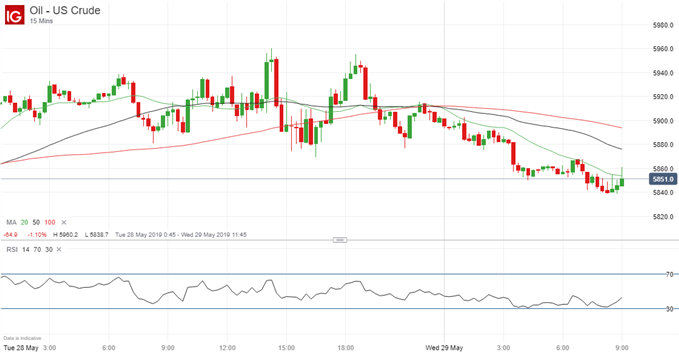 This latest bout of risk aversion follows local newspaper reports that China could restrict its sales to the US of “rare earths” – a group of 17 minerals used in sectors such as renewable energy, oil refining, electronics and the glass industry. In addition, Chinese technology company Huawei has filed a lawsuit against the US Government in an attempt to reverse sanctions on it, while the fallout from the European Parliament elections is spreading in countries such as Italy, Greece and Austria.

Whether this move into safe havens will persist is an open question but for now it seems likely that more funds will flow not just into Treasuries and Bunds but also into haven currencies like the Japanese Yen, which continues to climb against the riskier British Pound and Euro. 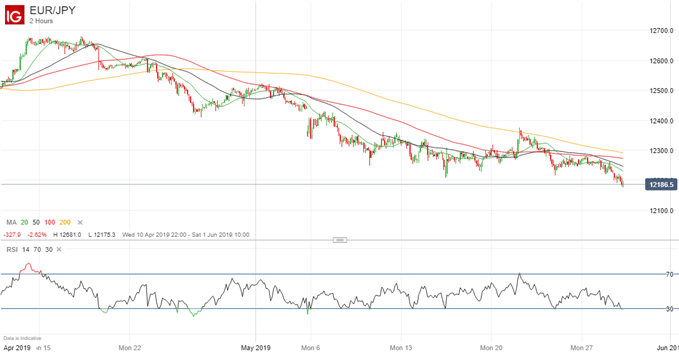 A Guide to Safe-Haven Currencies and How to Trade Them

Note though that gold is failing to benefit despite its traditional role as a bolt-hole when market sentiment turns sour. 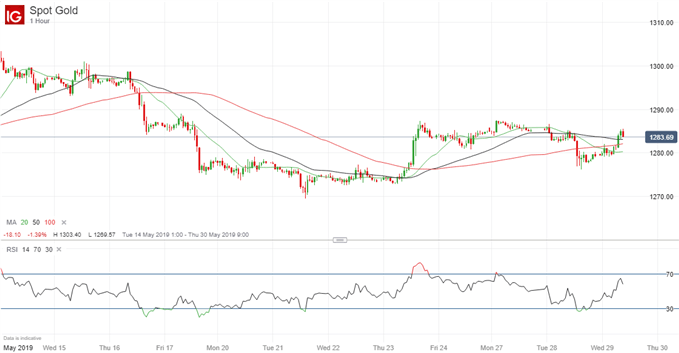