Last Tuesday, White House Chief of Staff Mick Mulvaney disclosed that the US-China trade war “will be resolved one way or the other” within the next two weeks. The following day, US Treasury Secretary Stephen Mnuchin announced that he concluded another round of “productive meetings” with China’s Vice Premier Liu He in Beijing which will continue on Monday in Washington, DC.

Response to the encouraging news was restrained, however, as markets have seen similar jawboning headlines from officials for several months now as the trade war between the world’s two largest economies endures. Furthermore, the South China Morning Post recently reported that recent rhetoric from the Trump administration “is merely a trick to increase tensions and generate pressure on the other side.” So where exactly do the US-China trade talks stand and how might markets gauge its possible resolution?

Once USDCNH touched the 7.000 level in October last year, news began to break out that positive developments were being made towards a deal and the tit-for-tat trade war between the US and China was no longer escalating. Consequently, this marked the start of the renminbi’s recent recovery against the greenback. 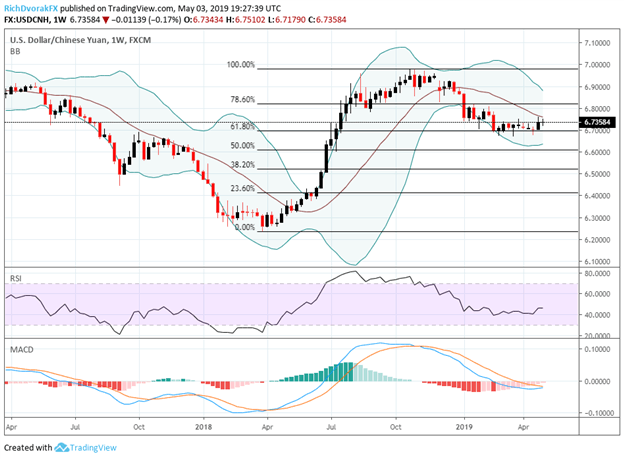 Since the beginning of 2019, USDCNH has fluctuated in a relatively tight range between the 6.7000 and 6.8000 handles as trade negotiators from the US and China attempt to iron out details for a possible agreement. Now, the offshore Yuan trades near 6.7360 which is right below the mid-range point that some forex market participants refer to as ‘the line in the sand’ for a trade deal.

As such, if spot prices break below the base formed around the 6.7000 handle, USDCNH might target fresh 2019 lows which could suggest that a US-China trade deal is near. Conversely, if the currency pair eclipses 6.8000, Yuan bearishness may indicate that there is no trade deal on the horizon.

The Hong Kong Dollar could also provide a possible indication as to whether or not the US and China are set to reach a trade agreement. USDHKD has flirted with the 7.8500 price ceiling (the tolerance band for the otherwise fixed rate) for most of the year as Trump tariffs endured and weighed negatively on Asian markets. With relief of some of this pressure on the USDHKD upward bound, markets could be signaling that trade deal optimism is mounting. 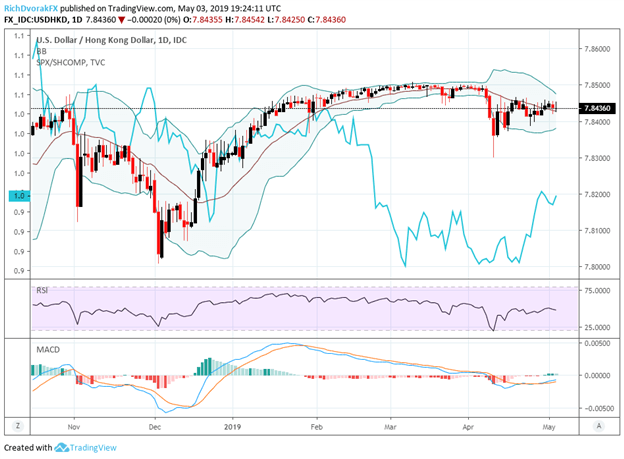 Another potential indicator might be the performance of the SP 500 Index relative to the Shanghai Composite. If investors continue to grow more confident that a trade deal will be reached between the US and China, markets could see the ratio of the SP 500 to the Shanghai Composite decline with Chinese equities appreciating relative to American stocks.

This could be anticipated due to the belief that the ongoing trade war has hurt Asian markets more than their US counterpart. In theory, this would result in the Shanghai Composite being priced at a discount in relation to the SP 500 which trades less than 1 percent from its all-time high. 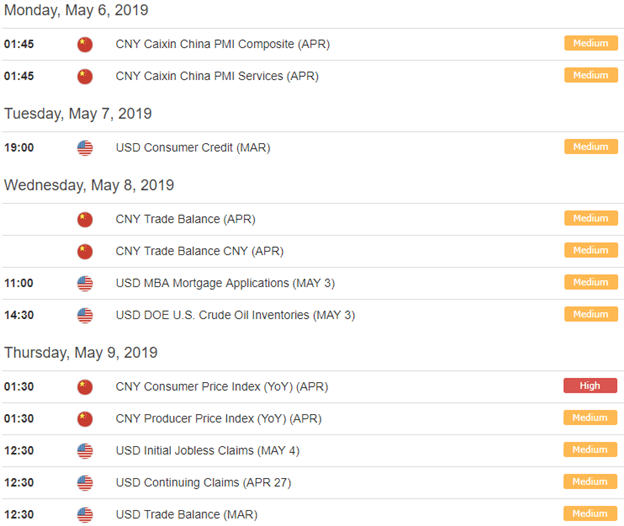 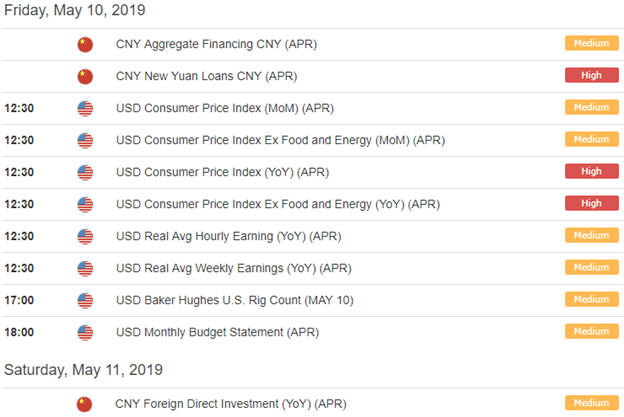 Also, worth mentioning is the slew of economic indicators due for release next week which highlights the China Caixin PMIs, Chinese trade and aggregate financing data in addition to inflation out of both China and the US. Although it could be expected that trade talk headlines will likely dominate market price action, the upcoming data has potential of shedding light on relative negotiating positions of the two countries and their respective sense of urgency to reach a deal.

Whether you are a new or experienced trader, DailyFX has several free resources available to help you: a comprehensive education center, a proprietary indicator for monitoring trader sentiment; informativetrading guides and forecasts; analyticalwebinars held daily, and much more.