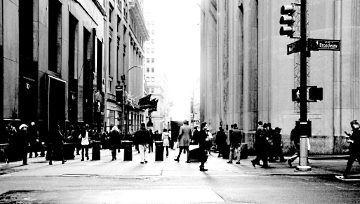 With the majority of big-tech earnings for the season behind us, the market has a good grasp on what to expect in the coming quarter. An earnings beat from Apple saw them recapture the $1 trillion mark, while Google’s miss saw its market cap fall by $85 billion in a day. Still, tech remains the one sector to stand atop the rest - as it has during much of the decade-long bull run.

At current valuations, some market participants have begun to call the top. For those on the other side of the argument, will they continue to pile into technology stocks? Or will they venture into other sectors in an attempt to prolong the run? 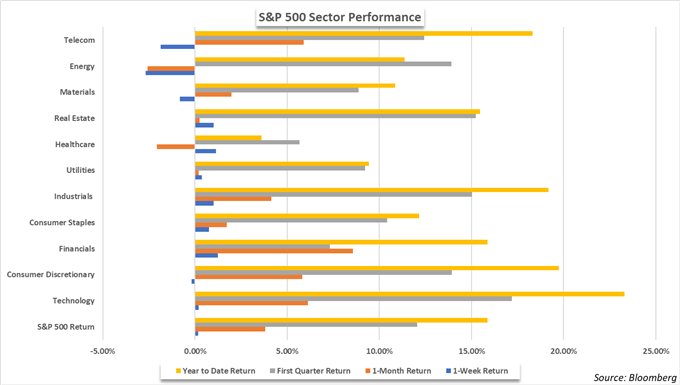 With a year-to-date return of roughly 23%, the tech sector is responsible for a significant portion of the recovery rally from December. Consumer discretionary and industrials are two other notable performers, offering returns of 19% and 18% respectively. On the other hand, sectors that are typically more defensive like utilities, energy, and healthcare unsurprisingly lag the broader S&P 500.

However, healthcare has offered particularly poor returns – battling calls for free universal healthcare in early and mid April. The discussions in Washington pressured the sector to forfeit most of its progress in the recovery rally. With that in mind, the sector could be ripe for outperformance in the coming weeks. Although the calls for healthcare reform will remain for some time as election season progresses, the initial shock to the sector may have been weathered. 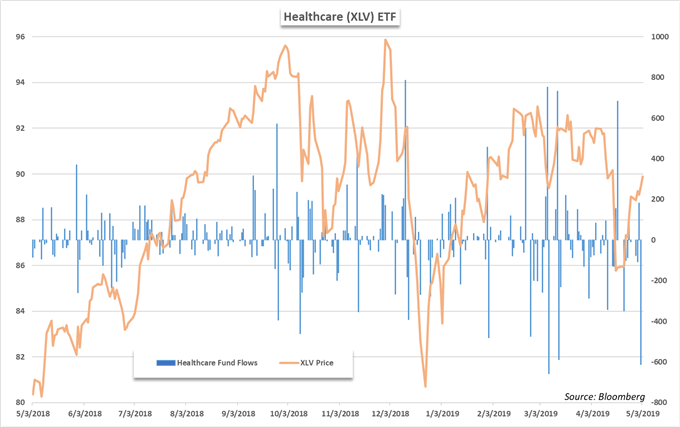 The potential outperformance comes with a caveat - investors must be willing to accept the political risk associated with the sector, a tall task. But as election season unfolds, and frontrunners emerge, the likelihood of reform will likely be easier to forecast – and to reflect in pricing.

Alongside the political risk, investor confidence in the sector is questionable. The Healthcare XLV ETF notched its second largest intraday outflow over the last year on Thursday, suggesting investors were either content to take profit from last week’s recovery – or the risk at the current valuation was too high for investors to stomach. 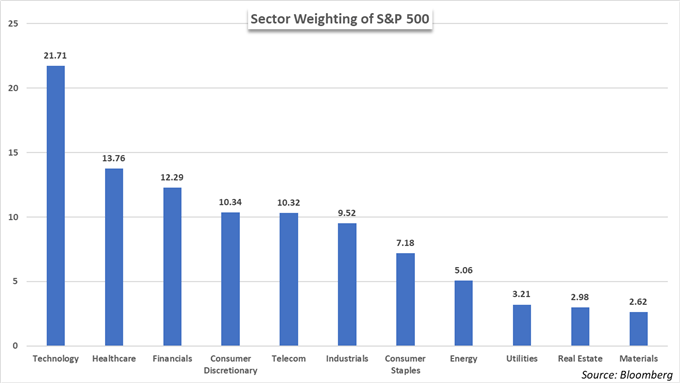 Either way, healthcare makes up a sizable portion of the S&P 500. As the second largest sector, healthcare is responsible for 13.76% of the Index – compared to 21.71% for tech and 12.29% for third place financials. If investors are looking for a particular sector to watch if the rally is to continue, healthcare may be one to watch.