The Federal Reserve and its monetary policy path have become an area of contention as the US equity bull market progresses through its tenth year. With some economists lambasting the Fed for its low interest rates and “cheap money” policies, others argue the opposite – saying the bull run is threatened only because of FOMC rate hikes. Either way, May’s FOMC decision is of heightened importance as the S&P 500 teeters at record highs. Here are the 3 scenarios to consider.

While some forecasts for the coming quarters remain bleak, the data released thus far is anything but. After first quarter GDP read in a full 1% above expectations, the case for a hawkish pivot could be made. Similarly, many market participants believe the recent shift from the policy path heralded by the Fed in the first half of 2018 arose only because of turmoil in the equity market. With the S&P 500 back in uncharted territory, further easing may be deemed unnecessary. That said, the performance of the stock market is not one of the Fed’s direct duties and something Chairman Jerome Powell has previously stated FOMC officials do not look at. 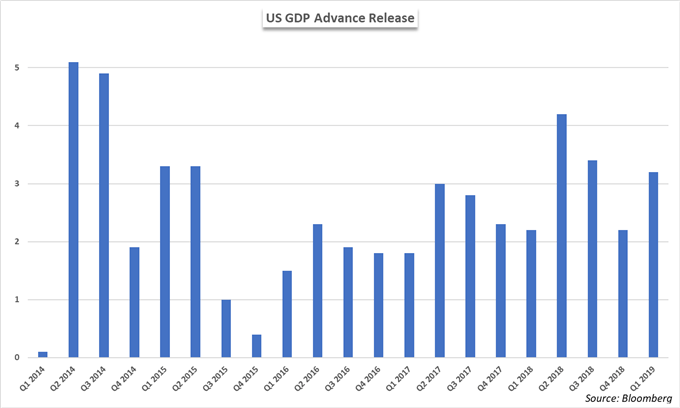 Any commentary on potential rate hikes in 2019 or a decision to further unwind the balance sheet – which the Fed said it would pause in September – would effectively lean hawkish. The implications for the S&P 500 would likely be dire as investors see tighter monetary policy weighing on economic activity and therefore corporate profits.

On the other hand, not all data out of the United States suggests the economy is in perfect health. In fact, hours prior to Wednesday’s FOMC decision, US ISM Manufacturing PMI read in at the lowest since October 2016. Further, inflation data reflected by Core PCE read in well below the Fed’s 2% target at 1.3% for the first quarter.

Outside of raw data, there are many global events to consider. Slowing global growth remains a concern, with both Mexico and Canada reporting GDP well beneath expectations. Outside of North America, trade war uncertainties between the US and the world’s other largest economies of China, the EU and Japan remain. Until these are resolved, the Fed may see reason to assist growth in an attempt to stave off a deeper slowdown.

To constitute a dovish lean, FOMC officials would have to completely rule out any hikes in 2019 or announce that the next rate move is a cut. While the former is unlikely to spur a large reaction, the latter would constitute more than a dovish lean and would likely see the S&P 500 surge. But with the Fed constantly stressing data dependence, the third and final scenario may be the most likely.

Given the conflicting data and considerable uncertainties derived from the ongoing trade wars, a completely neutral stance is likely par for the course. Officials will be sure to highlight both positive and negative externalities that suggest the Fed stand fast in its policy leanings. 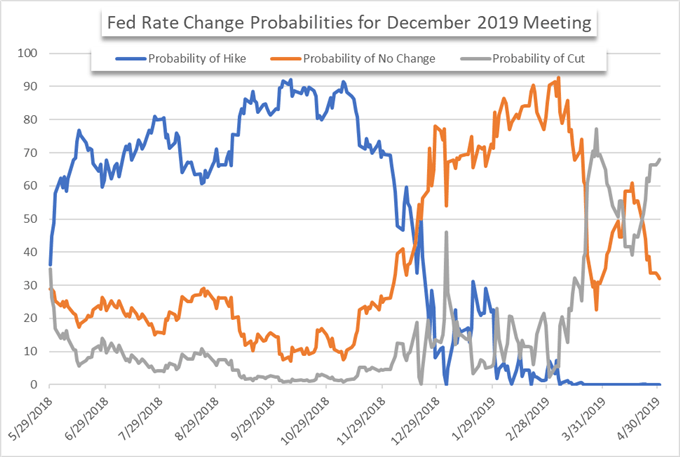 If the decision is devoid of any substantial changes, the S&P 500 will look to Chairman Powell’s subsequent press conference to drive price action. His views on the economy and the language he uses to describe areas of interest will be watched with intense scrutiny and could elicit a more discernable view of the Fed’s leaning which would drive the market to consider the first two scenarios. 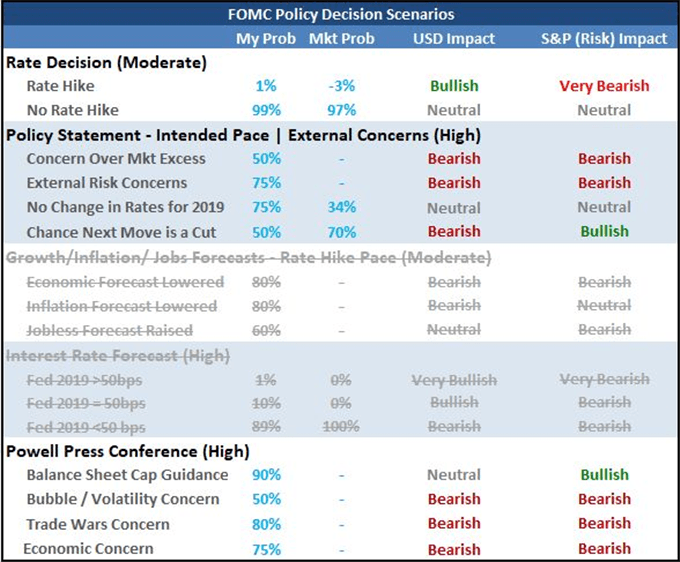