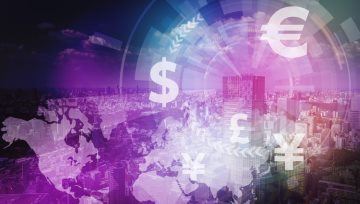 The Norwegian Krone and Swedish Krona plummeted against the US Dollar as the ECB unveiled its rate decision and slashed its inflation and growth forecasts for 2019, 2020 and 2021. As export-driven currencies that are in large part dependent on the health of the European economy, it is no shock that NOK and SEK took a hit. 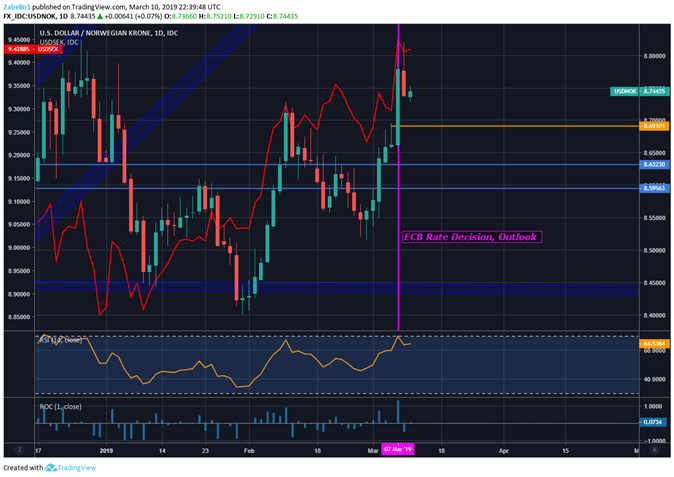 On the day of the ECB rate decision, USD/SEK at 9.4494, the highest point since August 2002. This follows last week’s dovish comments from Riksbank officials who showed signs of concern over the Krona’s stubborn weakness. The central bank has maintained that it intends to raise rates once this year, but fundamental factors abroad and domestically signal storm clouds may chase the hawks away. 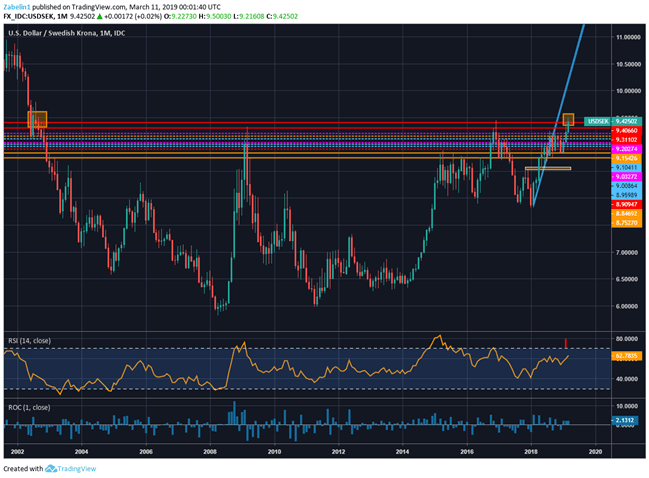 Some of the external factors include Brexit, trade war-related news and slower growth in the EU. The latter’s increasing downside risk was confirmed by ECB President Mario Draghi at the most recent policy meeting. The possible global shockwaves from Brexit are still unknown, and trade relations between the US and China – and now even the EU – are still not entirely clear. Cycle-sensitive assets like the Swedish Krona – and Norwegian Krone – are responsive to developments in these areas. 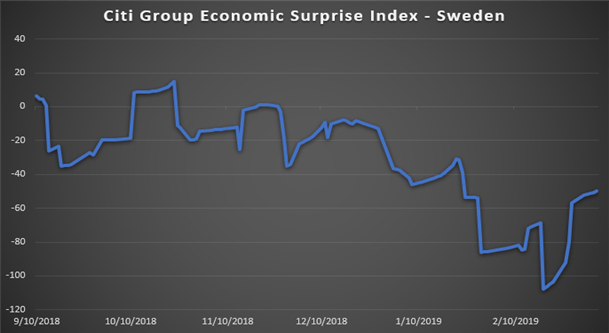 The Norges Bank – Norway’s monetary authority – will be holding a policy meeting later this month with most NOK traders asking one question: can the central bank afford to raise rates this month – or even year? The increasing political and economic risk out of Europe is compounded by fears of a global slowdown. USD/NOK has gained over seven percent since October, as the outlook began to look increasingly uncertain and investor demand for anti-risk assets – like the US Dollar – rose. 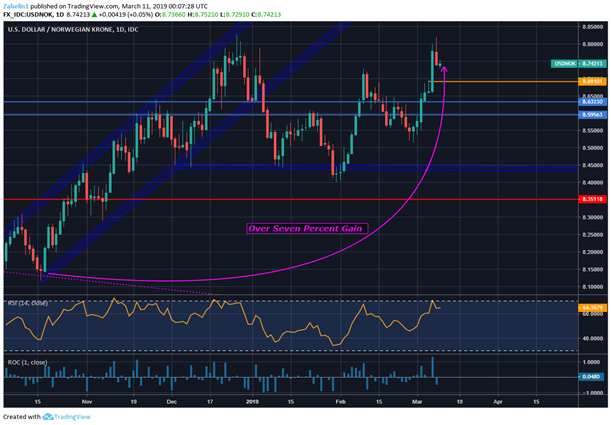 Norway’s economy is largely reliant on the petroleum sector which exports a notoriously cycle-sensitive commodity: crude oil. This leaves the Norwegian krone and domestic economy vulnerable to violent changes in global demand. Last week, Norway’s sovereign wealth fund posted its worst loss since the 2008 financial crisis and is now planning to divest from companies involved in oil exploration.

Officials from the trillion-dollar sovereign wealth fund said the primary reason behind their decision was fueled by a desire to avoid vulnerabilities posed by significant and long-lasting drops in oil prices. Because crude oil is generally viewed as an indicator of global demand, the decision by officials from the fund to scrap a notable portion of their investments from the petroleum sector could be read as an anticipation of slower global growth.

Looking ahead, Swedish CPI and the unemployment rate this week will be vital indicators to watch for SEK traders because of the impact it may have on Riksbank monetary policy. Norwegian CPI will be released around the same time and may warrant equal attention from Nordic traders. Financial markets in general may be more volatile this week as the Brexit vote approaches. Headlines released earlier today suggest complications lay ahead.

USD/SEK and USD/NOK may feel some pain if the Brexit vote goes south and if local CPI data undershoots forecasts and stokes fears of a delayed rate hike. The former may look to test past 9.5000 while the latter may aim to break above 8.8244. A more-in-depth technical report will be released tomorrow.