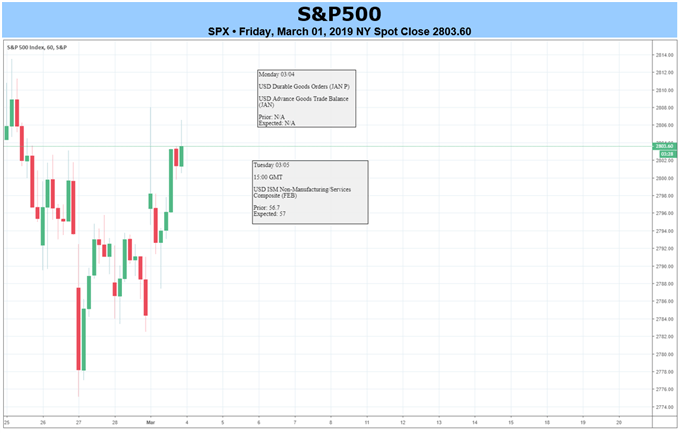 Looking for a technical perspective on Equities? Check out the Weekly Equities Technical Forecast.

The Dow Jones Industrial Average ended the week lower for the first time in 9 weeks Friday. The streak of higher weekly closes was the longest for the Dow since 1995. Still, the index trades slightly below key technical resistance and data in the week ahead may dictate price action moving forward. 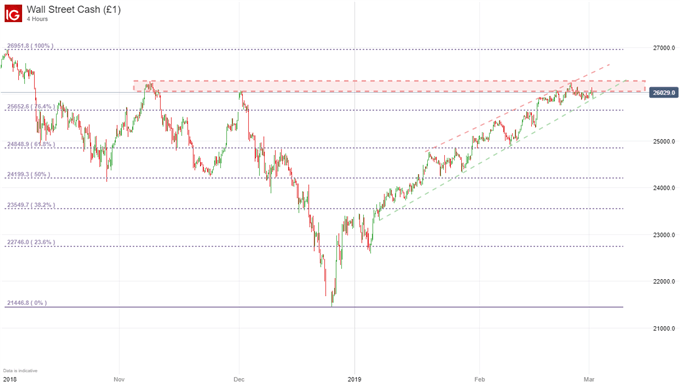 On Monday, US trade data is due and will be the first important print for the index next week. A strong performance could surprise markets and suggest the current US-China trade war is making headways in reducing the country’s trade deficit.

Check out our interactive infographic A Brief Trade War History for insight on the current economic conflict and how future ones may develop.

Later in the week, the Fed’s Beige Book is due on Wednesday and unemployment figures are scheduled to be released on Friday. Unemployment has been a key tailwind in sentiment indicators and an important component of the recent strength displayed by the Dow Jones and S&P 500.

Germany’s DAX 30 will look to a rate decision from the European Central Bank. While no change in rates is expected, language and tone will be critical in gauging the bank’s outlook for future rate movements. Any hawkish intentions, though highly unlikely, could spell disaster for the German equity index as it mounts a rebound in the new year.

Similarly, trade wars will remain a key factor for the DAX. US President Trump has not announced any progress in his consideration of auto tariffs on the European Union, but the uncertainty will remain a headwind. Follow @PeterHanksFX on Twitter for live equity updates and analysis. 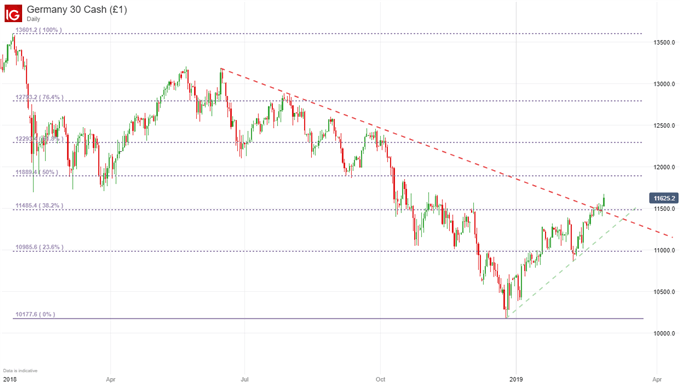 Like the DAX, the Australian ASX 200 will eye its own central bank. While no change is expected out of the RBA, language and tone again remain key for the Australian index. Strong Australian employment data but weak Chinese data paint a mixed picture for the ASX, but the RBA could look to clarify their intentions and provide stability for the index. 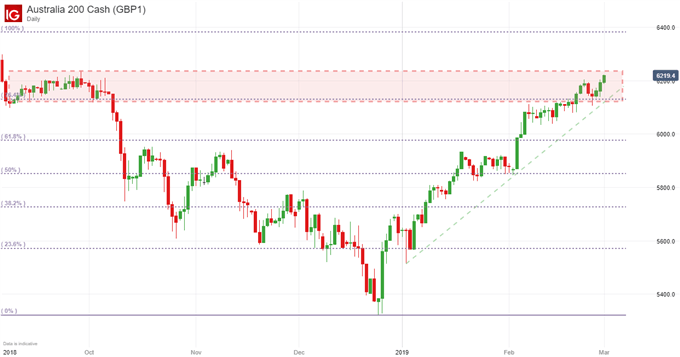 US Dollar Forecast – US Dollar May Rise on Economic Data, Global Slowdown Fears