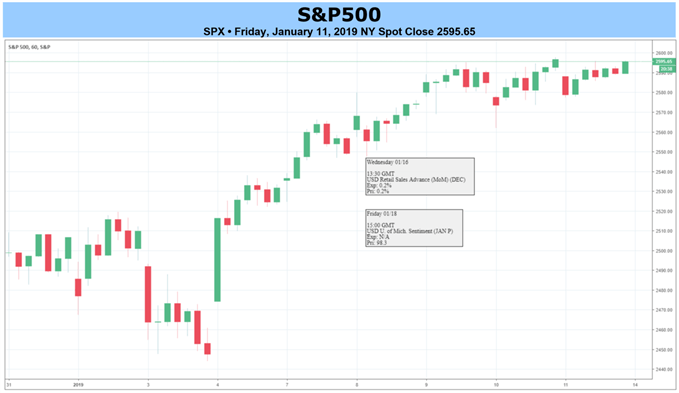 This past week saw global equity markets enjoy a slight rebound from the pain felt in December. A combination of promising trade negotiations and dovish Fed minutes worked to improve sentiment and drive equities higher. As these fundamental developments fade to the rearview mirror, global stock markets are threatened again by the same headwinds they have faced for months.

A Brexit Vote Poses Trouble for the FTSE 100

Next Tuesday will see Theresa May attempt to pass her deal through parliament. However, after surviving a no-confidence vote in which over 100 members of parliament voted against her, the chances to pass the test seem slim. While it would not be completely unexpected, a failure could deal a blow to both the FTSE 100 and the GBP. The latter of which could soften the impact on the former. 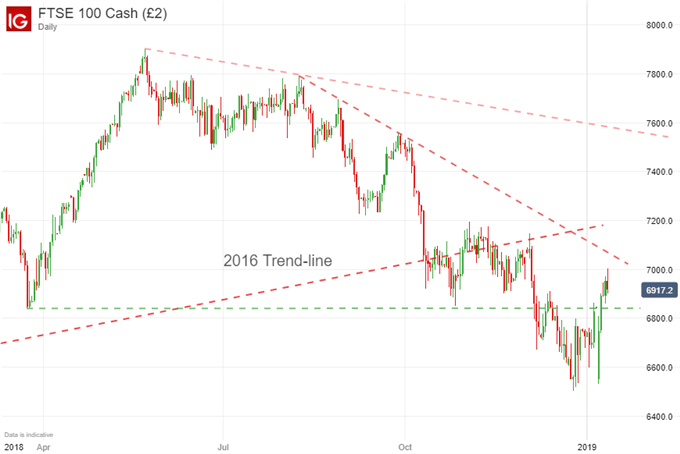 Across the pond, the S&P 500 will face the impact of trade wars and a prolonged government shutdown. Last week saw tensions fade slightly as trade officials from the United States, China, Japan and the EU met separately in Washington. Positive progress was heralded by US officials, but previous instances have been revealed as simple attempts to add stability in equity markets.

Similarly, a dovish Fed aided in the positive sentiment enjoyed last week. The commentary could remain a bullish tailwind as investors expect fewer hikes in the coming year.

On the other hand, the government shutdown threatens to muddy the dovish shift. While many analysts have downplayed the impact of a shuttered government on economic production, a more worrying aspect may be the credit warning issued to the United States by Fitch Ratings. 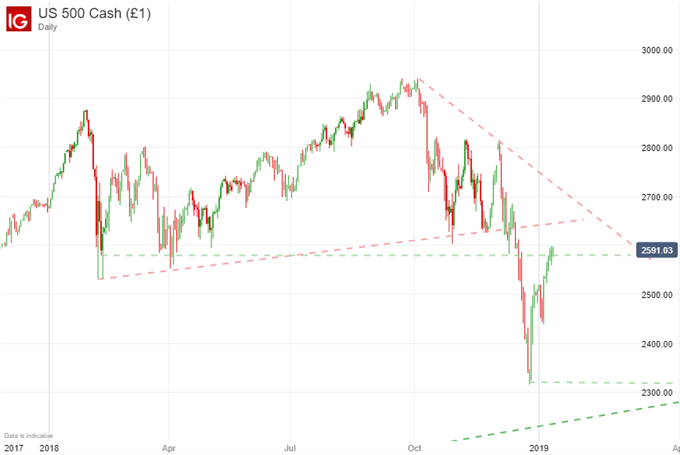 A common theme amongst all equity markets will be the warnings of slowing global growth. This week the World Bank issued a dim outlook for advanced economies that echoed other warnings from the International Monetary Fund. With that said, the economic calendar is relatively light so technical levels could play a larger role.