Last week, we highlighted the impact of the G-20 meeting between President Trump and President Xi Jinping could have on the US-China trade war and thus global equities. To start the week, the 90-day trade truce looked to bolster equity strength but the optimism waned as analysts were uncertain of the concrete impact. The uncertainty and arrest of a high-profile Chinese CFO which markets perceived to be a trade war tactic wiped out any lingering confidence and sent equities tumbling. In the week ahead, trade wars will remain a factor as Brexit moves to the forefront of risk for global equities.

After more than two years of debate, a Brexit deal has finally been presented to the UK’s Parliament for a vote. Currently most analysts believe the vote is doomed which could spell trouble for Theresa May’s tenure as Prime Minister. This past Thursday saw the largest drop in the FTSE since Brexit and further declines could be posted if the vote fails.

However, like many market developments, a failed vote is not necessarily a strictly bearish outcome. Should the vote fail, Parliament is due increased power over the decision-making process. While that may draw out the outcome and prolong uncertainty, it could shift the agreed upon terms. Further, a negative reaction in the Pound could soften losses in the FTSE as English exports become more attractive to other nations. 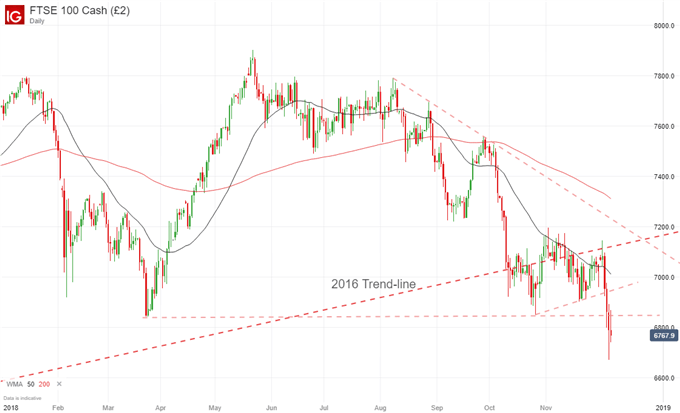 As for US equity markets, the unique theme will be commentary from the Fed and CPI data due Wednesday. If CPI data is weaker than expected, the Fed could double down on their dovish shift and equities would enjoy a bump.

Similarly, Fed fund futures have shifted. The three-hike expectation in 2019 has been questioned and the change could offer a consistent tailwind for growth. While these events would be a boon for the S&P 500, they are uncertain and should not be banked on in the week ahead as trade wars and Brexit will likely overshadow any data releases. 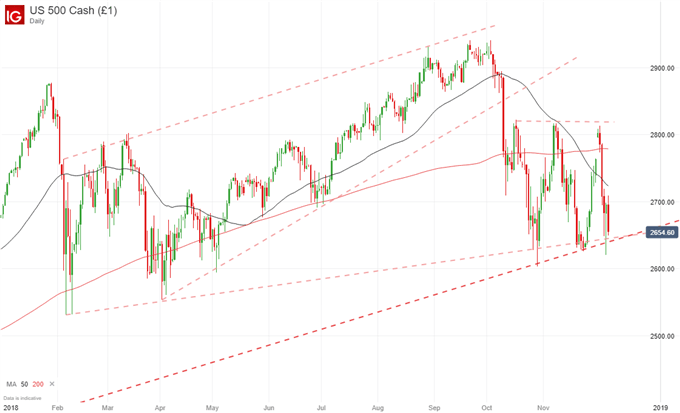 While the DAX will also take cues from Brexit and trade wars, the unique risk to the German index will be the decision of the Trump administration on auto tariffs. Last Wednesday the three automakers Daimler, BMW and Volkswagen traveled to Washington to plead their case but fell short of a conclusion. The three manufacturers account for 11% of the DAX’s market capitalization and are thus critically important for its performance. Any bearish development could prove to be the final nail in the coffin for the index as it treads water just above bear market territory. 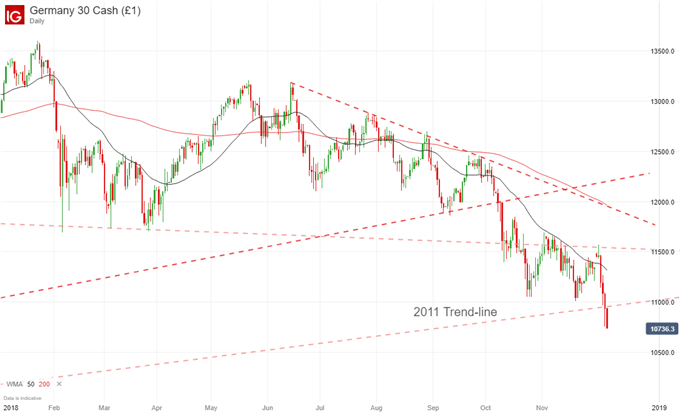 It should be noted the underlying theme for all the indices is the apparent lack of upside. Barring any immediate breakthrough in the US-China trade war, there appear to be few events that could spur a sustained rally. With that in mind it is likely the week ahead will be similar to recent weeks as volatility remains heightened.

US dollar Forecast -US Dollar May Rise on Inflation Data, Shaky European Politics